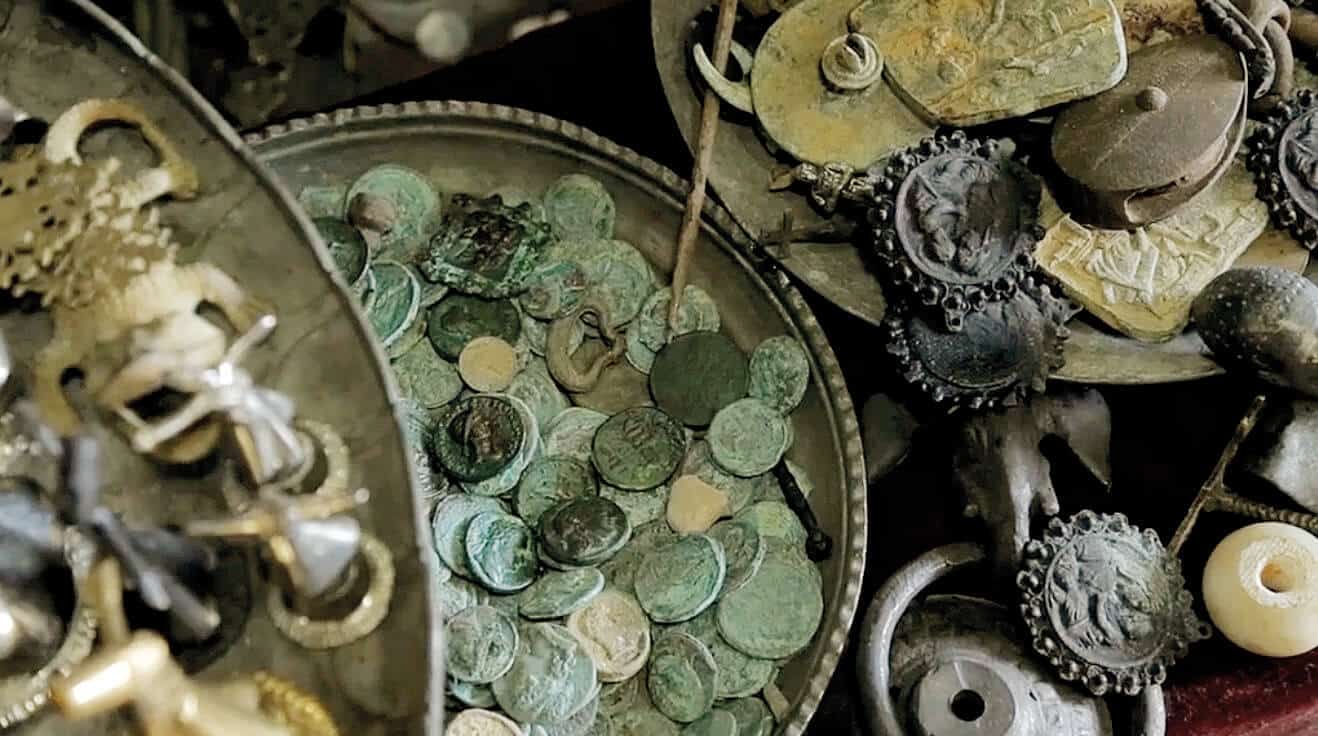 Estimated to be worth several billion dollars a year, antiquities trafficking is one of the most profitable illegal trades in the world, just behind illegal arms and drugs.

Art Trafficking is an eye-opening documentary that recently screenedon Al Jazeera English, which explores the way precious objects are plundered or discovered in clandestine excavations before finding their way onto the official market.

The 1970 UNESCO Convention, signed during the era of decolonization, demands that all nations return illegally obtained objects.

According to Art Trafficking, this convention is increasingly being used by pillaged nations to demand the return of their looted treasures, which are often now the trophies of renowned Western museums.

For a long time, these demands were ignored, but ISIL’s systematic ransacking of heritage sites has caused a global outcry and reopened the debate.  With antiquities trading rumoured to be helping to fund ISIL, the trade is becoming increasingly stigmatised.

“Before there were ‘blood diamonds;’ now there are ‘blood antiquities,’” says France Desmarais, director of the International Council of Museums, in Art Trafficking.

Legal and public pressure is intensifying on museums and private collectors around the world. For example, the Pergamon Museum, the most visited in Berlin, is now obliged to know the origins of everything in its collection.

As Markus Hilgert, the Pergamon’s director, says in Art Trafficking, “What you have here is not just archaeological objects, but part of the cultural heritage of the region or of these countries… As a director, I cannot say ‘I don’t know’ when somebody asks me how did your collection actually come into being? So my responsibility as director of this museum is to know everything about the objects… Considering that we have roughly 500 000 objects, you know that this is a huge task ahead for us, but something that has to be done over decades… It’ll take until I am retiring, basically.”

The museum stopped acquiring artefacts in the 1930s, 40 years before the signing of the UNESCO Convention, which would seemingly protect it from demands for restitution. But that is not the opinion of Turkey, who have included works at the Pergamon in its blacklist.

The Turkish government has set up a special restitution unit within its Culture ministry. They have already won more than 40 lawsuits, resulting in the return of more than 4 000 objects from around the world.

But as Christian Deydier, former president of the French union of antique dealers, says in Art Trafficking, “Laws are made to provide bases, but there are also exemptions to these laws. So it’s a question of bargaining.”

China has been leading the way in this regard. For example, Art Trafficking tells the story of a 2009 auction at Christie’s in Paris, where French fashion designer Yves Saint Laurent and French industrialist Pierre Bergé were auctioning off part of their private collection.

Two 18th-century bronze sculptures, the heads of a rat and a rabbit respectively, sold for a combined $29m to an anonymous telephone bidder.

It was extraordinary. We immediately recognised Hercules in action. It was one of only four examples in the world so were in shock and in wonderment. Then came the fundamental question. Which ancient collection did it come from? 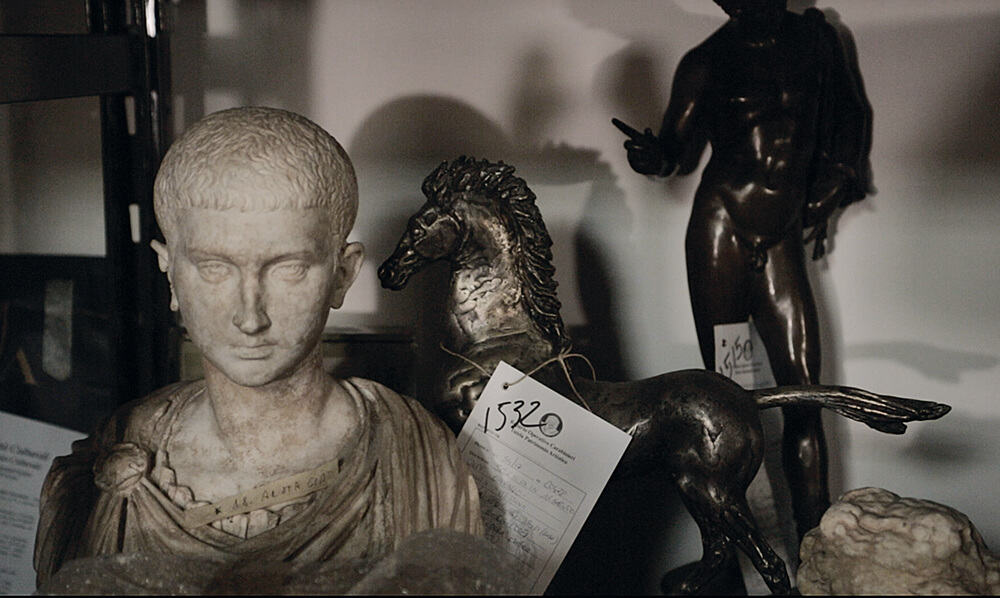 Five days later, the mysterious buyer identified himself as a Chinese businessman and refused to pay for the bronzes, saying they were both looted from China in 1860, when French and British soldiers ransacked the imperial summer palace during the Opium Wars.

The bid was cancelled and the sculptures were returned to Bergé, while China demanded their return.

Then in 2013, Christie’s owner Francois Pinault convinced Bergé to sell him the artefacts, which he then ‘gifted’ to China. A few weeks later, the Chinese gave Christie’s permission to operate in the country.

Art Trafficking suggests this is just one example of China’s new cultural diplomacy. “The Chinese have financial clout,” Deydier says in Art Trafficking. “Whenever the Chinese president or prime minister visits a Western country, they often come with demands for the repatriation of antiquities.”

While pillaged nations such as Turkey have a legal framework to demand restitution from other countries, this doesn’t necessarily apply to the market-driven private sector.

In an effort to address this, the International Institute for the Unification of Private Law (UNIDROIT) Convention on Stolen or Illegally Exported Cultural Objects was introduced in 1995. It obliges sellers to prove the legal origin of an artefact and obliges buyers to demand proof.

But although the original UNESCO Convention is recognised by 130 nations, only 37 party states have committed to the UNIDROIT Convention.

The lack of regulation has been exacerbated by the market’s use of free ports – like Geneva – as tax havens. While a work remains inside a free port, it can be bought and sold without being subjected to any kind of tax. Customs duties are only paid once, when a work definitively leaves the free port. Art dealers use warehouses in these tax-free zones to discreetly store artefacts, sometimes for years. It’s estimated that there are more than a million works deposited in Geneva’s free port, more than twice the number contained in the Louvre.

The Galerie Phoenix belongs to Ali Aboutaam, one of the biggest antiquities dealers in the world.  They ran into problems when they sold a second-century sarcophagus to the Gandur Foundation, who wanted to donate it to the Museum of Art and History.

Marc-André Haldimann, an associate researcher at Bern University, went with the director of the museum to the dealer’s warehouse in the free port to inspect the work.

“It was extraordinary,” Haldimann says in Art Trafficking. “We immediately recognised Hercules in action. It was one of only four examples in the world, so we were in shock and in wonderment. Then came the fundamental question. Which ancient collection did it come from? The documentation supplied by the dealer was a series of independently established statements on the presence of the work in its inventory since 2002, but nothing before that date. So there was a worrying gap between the quality of the sarcophagus and the absence of earlier documentation, because if it had been discovered at a much earlier date, connoisseurs and experts would surely have known about it.” 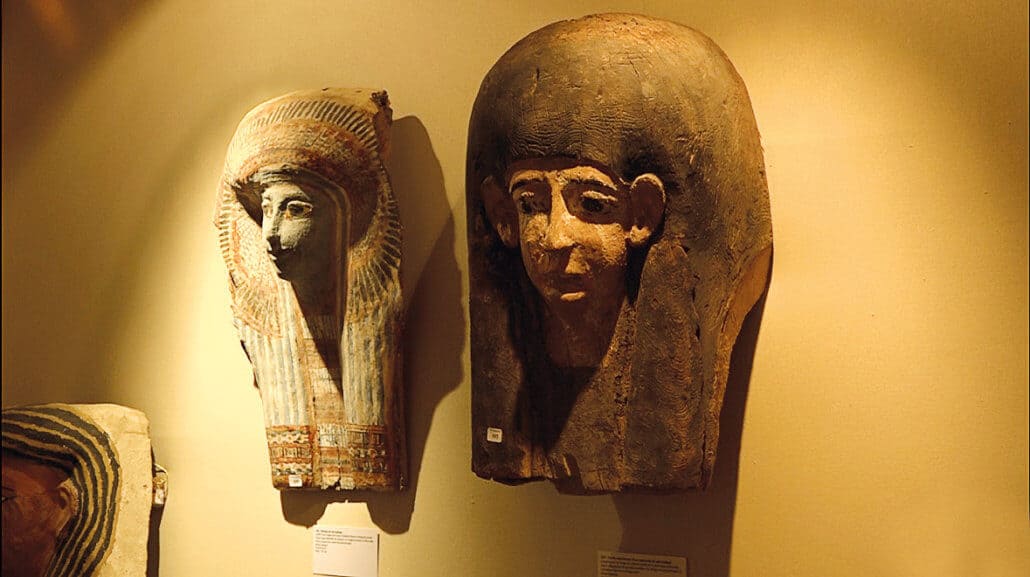 Faced with doubts over the object’s origin, the sale was finally cancelled. As the sarcophagus was probably looted in Turkey, Swiss authorities alerted Ankara, who embarked on legal procedures.

In the documentary, Aboutaam claims his father bought the sarcophagus, which has been in his family for 25 years, always kept in the free port. But the sarcophagus had been restored in London and didn’t return to Geneva until 2009, so the Turkish lawyer heading the case argued that it fell under a new Swiss law which demands irreproachable origins for all works of art imported after 2005.

In September 2015, Swiss justice finally ordered the repatriation of the sarcophagus to Turkey, but Aboutaam continues to claim ownership based on a certificate delivered by the company Art Loss Register, the largest database of stolen artefacts in the world. The Art Loss Register certificates are the main document supplied by a seller to prove his or her good faith. These certificates can multiply the price of an object ten-fold.

“If it’s taken out of the ground, then potentially the only people that even know of its existence are the people who dug it out,” James Ratcliffe, director of recoveries at Art Loss Register, says in Art Trafficking. “We’ve always been very clear about what our certificates are for, and they state very clearly that an item is not on our database, and it’s not been registered with us, but that not every theft or loss or looting event is registered with us. So it’s not complete.”

With the absence of common legislation and with sky-rocketing prices, trafficking has taken on industrial proportions. Today, the internet gives looters anonymity and direct access to buyers without the burden of proof of origin or legal documents.

But it’s become increasingly risky to publicly sell or purchase an archeological object without legal, documented proof of origin. Art Trafficking films an eight-hour customs raid on a collector, where 123 pieces were seized, valued at 95 000 euros, with the collector facing up to three years in jail.

While the documentary lacks African examples, the themes are directly applicable given the long history of colonial pillaging on our continent. Egypt has requested the return of the Rosetta Stone from the British Museum in London and a bust of Queen Nefertiti from Neues Museum in Berlin; how many other priceless African artefacts should Africa’s governments be fighting to bring home? Further digging is required.