South Africa-born photographer Gary Schneider is receiving a great deal of attention in the United States. A major retrospective, Gary Schneider: Portraits, closed recently at Harvard University and is en-route to The Contemporary Museum, Honolulu.

In addition, his work is represented in About Face: Photography and the Death of the Portrait, on view at the Hayward Gallery, London. In the last three years, reviews of his work have appeared in publications including the New York Times, Art News, and Artforum, and his nude studies are soon to be published by the prestigious photographic publisher Aperture. 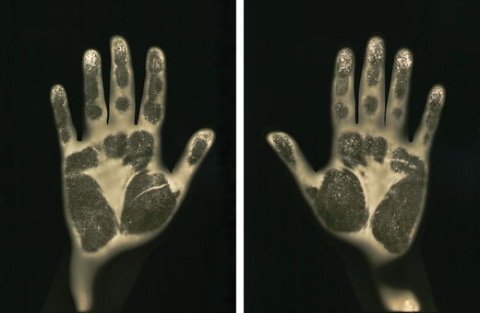 Schneider has come a long way from his days at UCT’s Michaelis School of Fine Art and the Pratt Institute in New York, but many of the themes that ignited his curiosity then remain. One of his earliest works, a performance piece called Naming, first presented in South Africa and later again in New York, signalled the tension between political necessity and the need for self-expression. This theme has played itself out in a variety of ways in Schneider’s mature work.

Travelling to New York in 1975, Schneider continued his exploration of conceptual and performance art, especially as expressed by its proponents in theatre and photography. The influence of Marcel Duchamp, Bruce Nauman and the performance artist Vito Acconci are evident in Schneider’s early fragmented portraits, close-up photographs of parts of his own body, and his use of Polaroid SX-70s.

In the late 1980s, contemplating the postmodernist rejection of narrative, Schneider began to create works that tried to take hold of the many fragments to which identity and authorship had been reduced. Carte de Visite, a series of nine gelatin silver prints made from nineteenth century collodion wet-plate glass negatives and each measuring 95.3 x 71.2cm, helped to articulate this enquiry.

Schneider hangs these formal portraits of women as a single installation, evenly spaced in a row. The line of portraits forms a chronological, philosophical, and aesthetic backbone to Schneider’s oeuvre, and allows him to direct the early narcissistic fascination with body and identity into the art object, as well as explore the ways in which the art of the portrait generates or constructs identity and triggers a series of reverberations between artist, subject, and viewer.

All through the 1980s, Schneider scoured flea markets for nineteenth century negatives. An important discovery was the glass negatives depicting insects, which would become his 1987 Entomologicals series. Carte de Visite emerged from another flea market find and represented a different approach from what had been set in motion by portraits he had begun in the late 1980s — and would continue through 1995. From this portrait series would come his nude studies, which will be the subject of the Aperture publication.

For the portraits and nudes, Schneider’s subjects lie face up during long exposures while he darkens the room and lights the face and body, inch by inch, with a small torch. In the portraits the result is startling: the faces seem to float up out of a black ground, their expressions simultaneously bland and enigmatic. Schneider prints these photographs larger than life so that the viewer’s contact with them is intensified.

The nudes are a literal stripping away of cultural accretions and represent Schneider’s attempt to get behind what he has called the “camera face” (represented most dramatically in Carte de Visite). At the same time, Schneider’s method is an accumulation of meaning through dramatic confrontation — of the subject with the photographer and his torch, of the viewer with the body of the subject, of the viewer with the photographer’s projected self. Here is Schneider reacting to postmodernist repudiations of authorship. His is no photography of the moment but rather an act of painstaking exactitude in which he — a kind of mad scientist — is ever-present.

Schneider’s Entomologicals, his monumental Genetic Self-Portrait undertaken for the Human Genome Project, and the studies of hands that he assembled as family portraits all prepared him for this quasi-forensic survey of the human body. And so, he has come back to the themes of some of his early experiments with the assurance and sophistication of an artist at the height of his powers.Bronwyn Law-Viljoen has a Ph.D. in Literature from New York University and works as a freelance writer in Brooklyn, New York