“A border is the declaration of an end to a thought. But nothing undermines a border like movement — to move is to shift the full-stop in a conversation.” This sentence was penned by Yinka Elujoba, one of ten participants in Invisible Borders’ latest endeavour — Borders-Within: The Trans-Nigerian Roadtrip. Beginning on the 12th May 2016 in Lagos, Borders-Within have since been weaving their way through the country, producing an intricate storyboard of images and text that, through personal engagement, reflect the stories of those they meet, whilst unpacking their own subjectivities within this complex pool of post-colonial narrative. 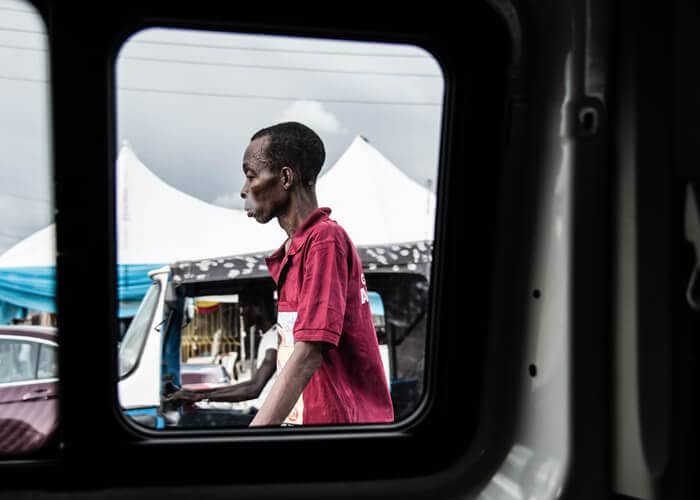 Emeka Okereke, Image from the ‘Thought Shots’ series, 2016. Accompanying text: Those framed by our privilege will one day revolt and breakdown the walls erected around them by our excesses. All images courtesy of Invisible Borders.

“It is said that history never returns to a lost state,” wrote Ellen Kondowe in her introductory entry, which highlights the project’s underlying motivation. “There is certainly no artistic intervention that can hope to reveal a Nigeria that could have existed without the British. What seems possible, however, is to illuminate the multiple histories that continue to exist in a post-colony, through a mishmash of voices: ethnicities, religions, and visions of modernity.”

Travelling, living, working and interacting amongst themselves and the broader communities they come across, the participants of this six-week project were tasked with developing one major body of work within their field as a follow up to the trip — a circular route through several Nigerian cities and towns whose history shaped and continues to shape a contemporary Nigerian identity. Since the project kicked-off, participants have shared their experiences through an active, online app/blog, allowing us to share in their processes and outcomes. 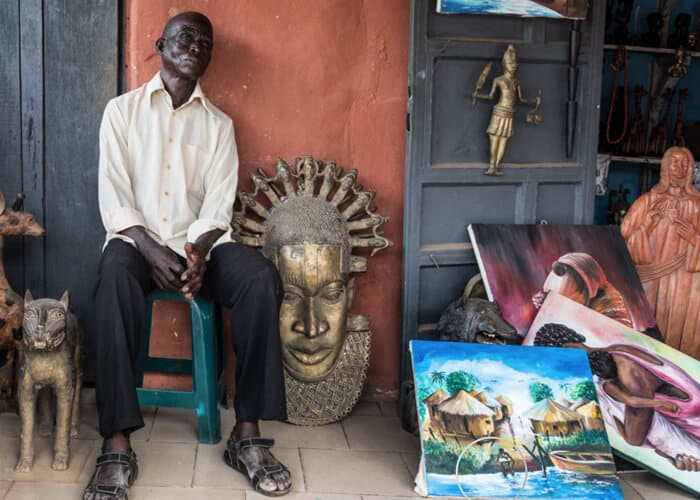 Speaking on two respective encounters with war veterans Benson Edobor and Edward Ehigie on Igun Street, Benin, Invisible-Borders founder Emeka Okereke writes about the possibility of personal narratives and private archives of the Nigerian civil-war experience: “…My encounter so far in Benin seems like a precursor to the kind of content that will make up the private archives of collected stories. After my conversation with the men, I have made photographs of each, in an attempt to “visualise” the impression those stories left on me. It could invariably be my way of projecting myself onto a history that is clearly not told by me, but of which I am a part. Or it could simply be a way of articulating what I make present by my presence.” 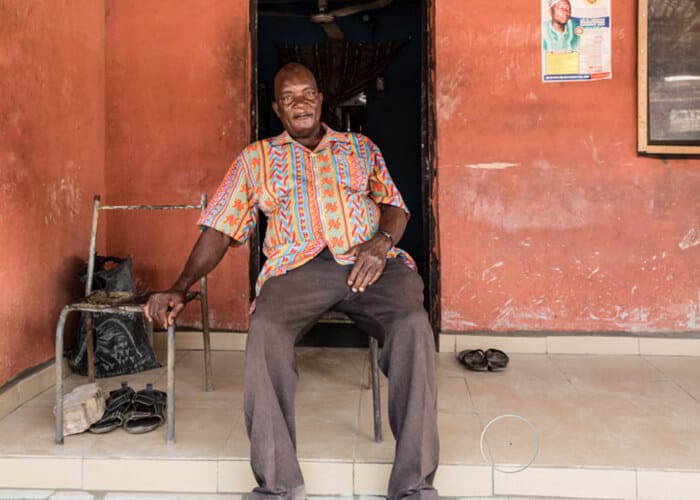 A poetic rendition of the same encounter by writer and art critic Emmanuel Iduma, entitled ‘Where’s the Future in Nostalgia?’ (22 May), highlights the value of these interchangeable experiences. Iduma’s impression is verbal, a speculation on how the private enters the public. His interpretation shifts the parameters of Okereke’s visual narrative into another space, the start of a new conversation. “…This is the beginning of a memory I’ll have: the face a man has while remembering the past: folds, creases, furrows… You ask a man to remember his past. Will you ask an earthquake to merge ground split under your feet?” Prompted by the notion of an ‘intimate stranger’ (see ‘A Statement of Intent’) Iduma’s work hopes to relate to those encountered with empathy and attention, a necessity no doubt for all those involved. 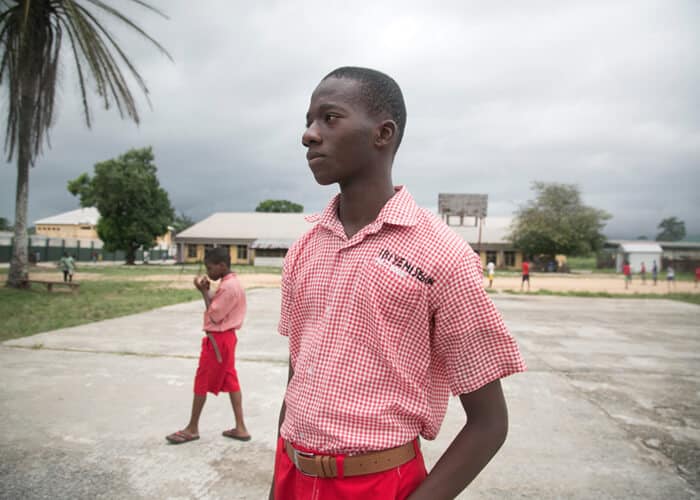 Further along the road in the city of Warri, Zaynab Odunsi and others visited the Nigeria Federal Government College. Odunsi is interested in the ‘Stereotypes of masculinity in postcolonial Nigeria’. Whilst there she broke away from the others to engage four young men (known as the ‘Power Four’) who were all in positions of authority within the school. They sat for two hours narrating stories of life in the dorms with their fellow students, the privilege of the power afforded them and the drawbacks. 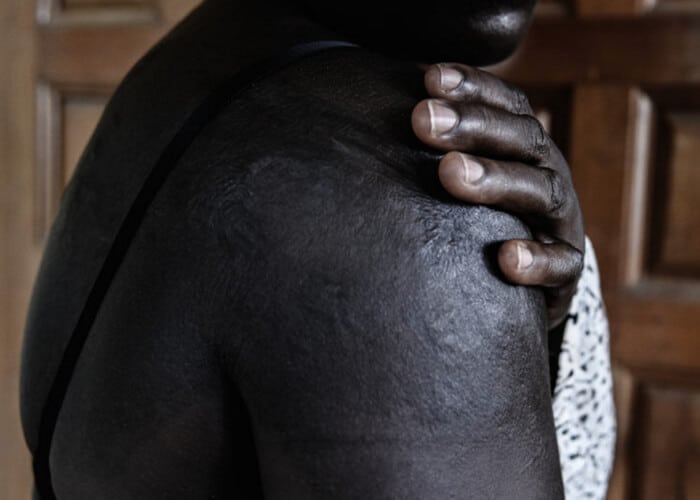 On the other hand, Yagazie Emezi spent her time in Warri’s marketplace, trying to document the stories behind those who bore scars. “On this trip, I have seen scars from car accidents, hot water, kerosene explosions and surgeries,” she wrote. “There have been a lot of heavy no’s and dismissals hiccuped between amused laughter. Laughter that can’t understand why anyone would try to break through the history of once broken skin. I’ve tried not to remain too focused on discovering the process of re-learning scars from strangers. When I can, I pull away and expand the world that I have ironically been travelling but closing in on… Even while constantly moving around, it’s easy to find routine. It’s easy to walk out with my camera and keep what I want to find mentally locked down. It’s easy to miss much along the way.” 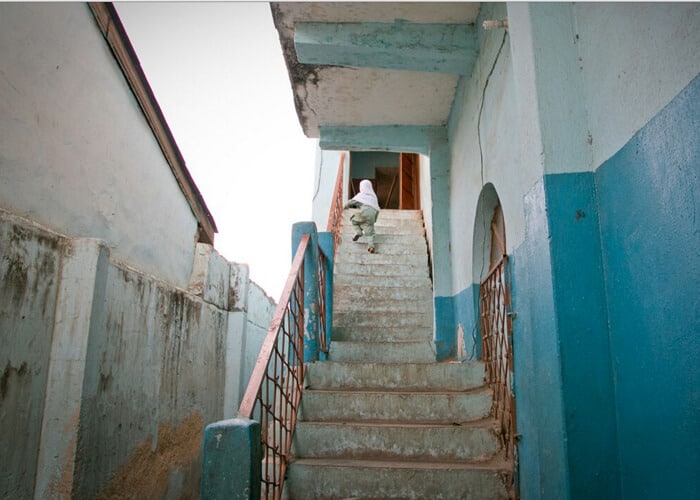 Eloghosa Osunde’s article, ‘Warri: A Two-Part Portrait’ details an experience she had photographing a young boy at a timber market in Warri, and relays a similar concern.

“I’m learning that you can preserve a person’s dignity, pull them out from the claws of shame, by telling their story correctly. And you can corrode their identity by emphasising the wrong things. I know that even though I hadn’t been wrong at all in that context, I could have been in another. Because there was so little time to be in the place, I had been so anxious and desperate to make work that I hadn’t let myself stay in the moment long enough to be changed by it. Instant gratification is cheap. I should know enough about the people I photograph to preserve their dignities in little ways, if/when it comes to it.” 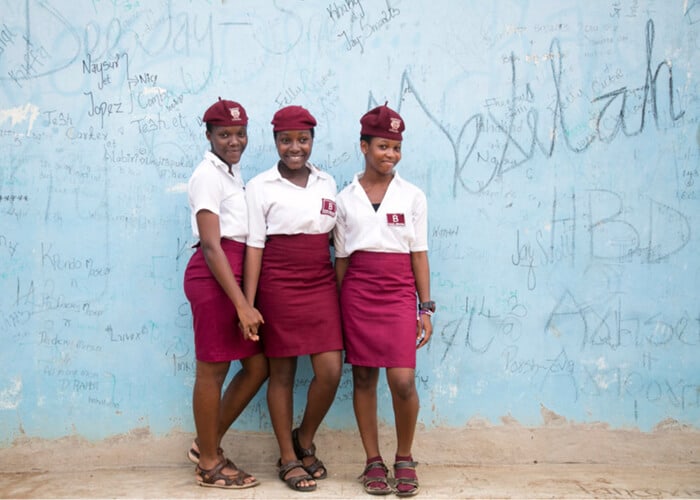 Although the project has a timeline (it will end on the 26th June), these stories and their various interpretations are intended to exist and persist beyond the parameters of place and time. As a result, Invisible Borders will also present several short, personal narratives by residents of the towns and cities en route, with the aim of creating a crowd-sourced narrative of contemporary Nigeria. The narratives, combined, will be made into a lengthy documentary film. Loose and non-linear, the film will underscore the improbability of reducing Nigeria to a single voice, or way of telling.

To stay up to date with the Borders-Within: Trans-Nigerian Roadtrip you can follow their blog here. To find out more about Invisible-Borders, visit www.invisible-borders.com