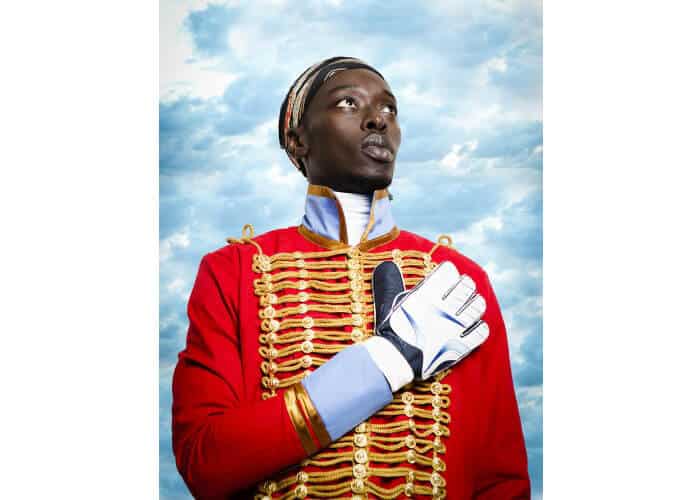 There will be some thirty multidisciplinary events with over 70 artists and cultural players and Fredy Massamba, the great voice of Afro-soul, as special guest, concerts, theatre, contemporary art talks, cinema, stand-up comedy, debates, spoken word, exhibitions, workshops, and an arts & crafts market… and a dance party. (The majority of the events are free.)

The official opening of the Festival, is on Friday February 3rd at 20:00 in the Horta Hall, in the company of the Festival’s honorary guests Fredy Massamba and Tatiana Silva, and with the performance of the dance duo, Les Mybalés. 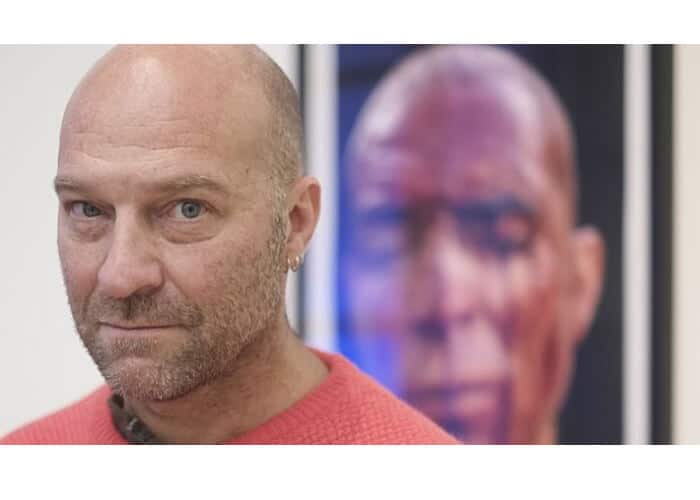 Kendell Geers was born in South Africa and now lives and works in Brussels. At the 1993 Venice Biennial he officially changed his date of birth to May 1968, a momentous year in world history for human liberation and equality.  Geers creates work that aims to disrupt commonly accepted moral codes and principles. Employing a wide range of references- from the realms of history of art, pornography, iconography and kitsch- Geers questions artistic value and mocks the notion of originality. His work reveals razor-sharp humour that plays with the viewer’s repulsion and ridicules racial or religious stereotypes. Laden with complex and deep political implications, it is challenging and confrontational. At the same time, Geers’ minimalist aesthetics generate a subtle poetic undertone. His use of language, ready-mades, neon, glass, icons, film, chevron tape and other objects confront the viewer head on. They often startle the eye and require a degree of interrogation from the spectator. Kendell Geers has exhibited extensively around the world with a recent major retrospective of his work ‘Kendell Geers 1988-2012′ taking place at Haus der Kunst, Munich, Germany (2013).

The Nigerian writer Chinua Achebe fondly quoted the Igbo proverb “Anaghi a no n’otu ebe e kili mmonwu” (You cannot stand in only one place to watch a masquerade) as a metaphor for understanding African Art. He explains “I believe in the complexity of the human story and that there’s no way you can tell that story in one way and say, ‘This is it.’ Always there will be someone who can tell it differently depending on where they are standing; the same person telling the story will tell it differently. I think of that masquerade in Igbo festivals that dances in the public arena. The Igbo people say, If you want to see it well, you must not stand in one place. The masquerade is moving through this big arena. Dancing. If you’re rooted to a spot, you miss a lot of the grace. So you keep moving, and this is the way I think the world’s stories should be told—from many different perspectives.”

African Art is a living tradition that cannot be disconnected from its context and remains a vital force of spirit. It is a philosophy that cannot separate the mask from the masked, cannot take the dancer out from the dance which cannot be stopped until the rite has been written. The masquerade cannot be read outside of the community upon whose faith it emanates from. The very same holds for any work of art, but the familiarity and habit of the Western European convention is often overlooked and misread as universal. The history of African Art is intertwined within the context of its contradictory histories, the complexities of its politics, identities, communities, struggles and culture in general. The AK47 is as integral to African identity as the mask, wax print fabric and mobile phone and yet these incongruous elements are rarely understood as inextricably interconnected.

The Africa Institute announces conference programme for the second edition of Global Ghana: In Search of Africa’s Black Star