The CAP Prize is an exposure award and is directed at photographers whose work engages with the African continent or its diaspora. It consists of a series of exhibitions produced in collaboration with major photography festivals in Africa and the rest of the world. 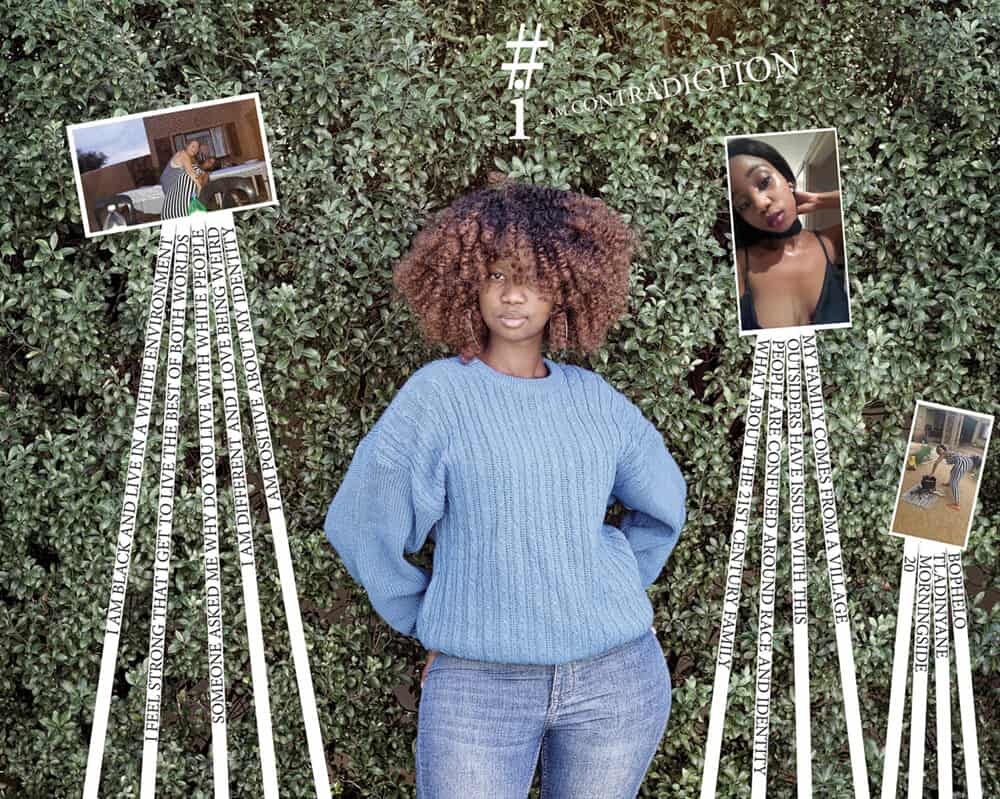 “I feel strong about the fact that I get to live the best of both worlds. I am treated differently because I am black and I live in a white environment. My original family comes from a village. Outsiders have issues with this. Someone asked me last year “Why do you live with white people?”. I am positive about my identity. The fact that I am different and I love being weird. This makes me feel strongly about peoples confusion around race and Identity. What about the 21st century family?” #i am contradiction.

Jodi Bieber deals with the subject of apartheid by dealing with the official absence of apartheid. As such, her photographic project begins on 27 April 1994, the day the ANC won the first free and general elections in South Africa, which she reported on as a journalist for a major daily newspaper.

Since then, her focus has always been on the next generation. All of the 45 protagonists featured in her portrait series #i are born after 1994: young people and young adults from various social classes in Johannesburg who talk about their dreams, plans, hopes and ideas. Designer Brenton Maart transforms the protagonists’ statements, their own photos from their smartphones, as well as a central portrait in which the subjects place themselves in front of Bieber’s camera into tableau collages, which the photographer presented both during the 2019 elections and on the occasion of the 25th anniversary of the end of political apartheid.

The interactive component involved in the work’s creation corresponds to the collaborative approach to the acquisition of the models, and the presentation of the pictures as slide shows or posters in schools or sometimes in a women’s prison. 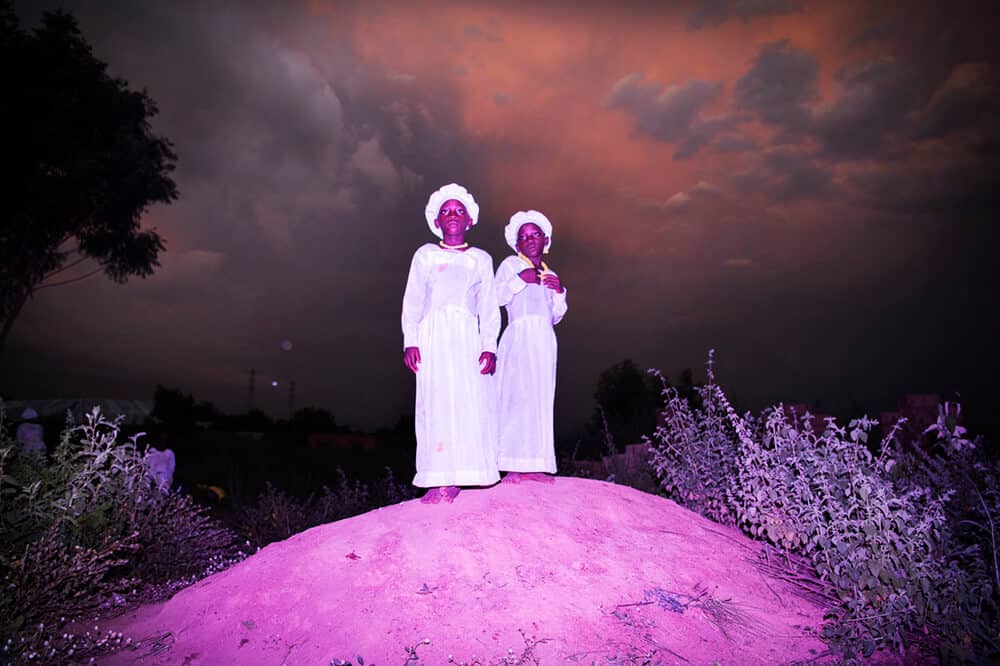 Twins stand a little monticule at the end of a celebration day at the Celestial Church on a rainy season afternoon. Igbo-Ora, the self-proclaimed ‘Twin Capital of the World’ has earned its nickname by the unusually large number of twin births in the region. Research has suggested that the multiple births could be related to the (over)consumption of local crops by the women in the region of Igbo Ora. Although no direct relation between dietary intake and twin births has been proved, a research study carried out by the University of Lagos Teaching Hospital has suggested that a chemical found in Igbo-Ora women and the peelings of a widely consumed tuber (yams) could be causing twins births. Another possible explanation is genetics.

Born in 1987 in Antwerpen, Belgium. Lives in Amsterdam, The Netherlands Born in 1980 in Lyon, France. Lives in Lagos, Nigeria.

Twins are in league with demons, herald disaster, and must be ostracized or even killed. This was once a widespread belief, and not just in Africa. Twins mean twice as much luck, twice as much fertility and twice as much love. Or so goes the fundamentally changed interpretation that is now widespread among the Yoruba in south-western Nigeria. So many twins are born here – more than anywhere else – that the small town of Igbo-Ora, located north of Lagos, has adopted the title of “Twin Capital of the World”.

In their “twins research”, the two photographers, Sanne de Wilde and Bénédicte Kurzen, relied on staging techniques that are very different but at the same time showcase their characteristic sense of flair and spectacle, emphasizing traditional and symbolic colours. The pair also made use of blending and, of course, reflections.

Yet the sets of twins in Land of Ibeji always have something fragile about them, conveying a conspiratorial closeness that also manifests in the idea that twins share one soul. All the protagonists seem to be preoccupied with an atmosphere of contemplation regarding the interplay between attachment and individuality. By seeing themselves reflected in the other, they reflect about themselves. 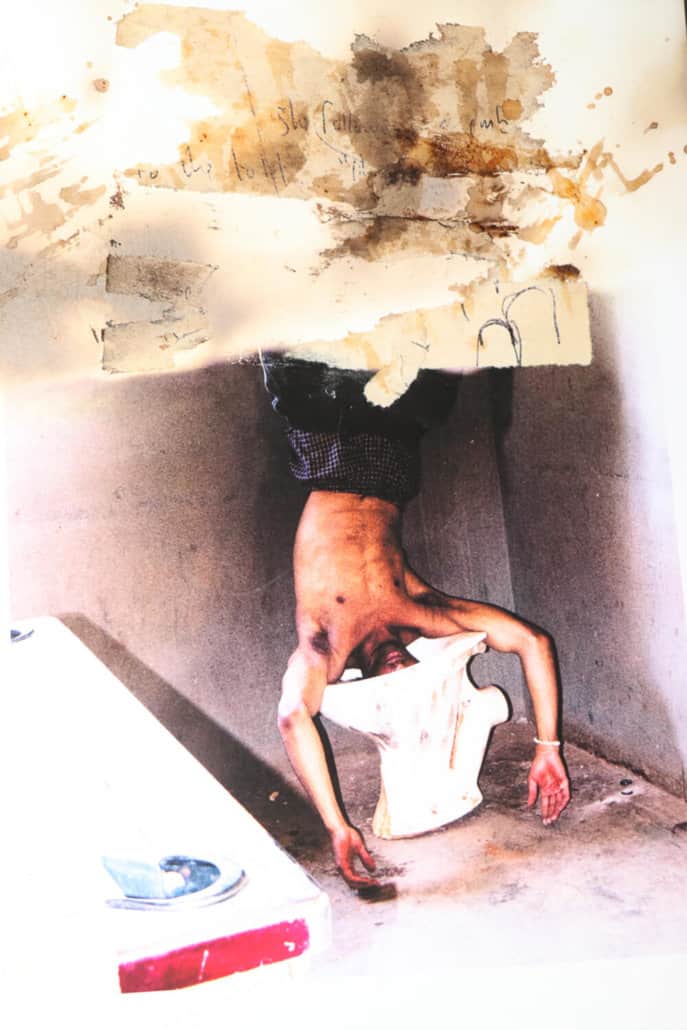 Thembinkosi Hlatshwayo, My room is a mess, 2018.

This image was staged in the shebeen space. Photographed it putting the piece of white cardboard in front of the lens to cut it out as I recorded it. Printed it. then pasted paper on it and spilt some liquid on it then slightly burnt it. And this all done to achieve the mess of the whole experience of the shebeen space, and my headspace.

The photographer from Johannesburg could be in the age group that Jodi Bieber had in mind, yet here, he is reporting on the essence of his own existence. The energy this unlocks makes way for innovations of an entirely different kind. The very title “Slaghuis”, which conjures images of a slaughterhouse or, in a broader sense, a massacre, makes it clear that there is no room for hopes and dreams here. The artist’s sense of shame and despair regarding the space in which he grew up has given rise to anger and rage. He lived in a box room in a dosshouse, where nothing human was hidden from him, and where the violence and schizophrenia of society crashed in daily like waves. He wanted nothing but to flee. But where could he flee to? He felt that even his thoughts were damaged, injured, raped.

Thembinkosi Hlatshwayo uses the medium of photographic collage to roughly and rawly encapsulate the shabby and the torn, the violence and the hopelessness, in minimalist compositions. The result is a series of visual spotlights on the autobiography of an individual on the verge of extinction. 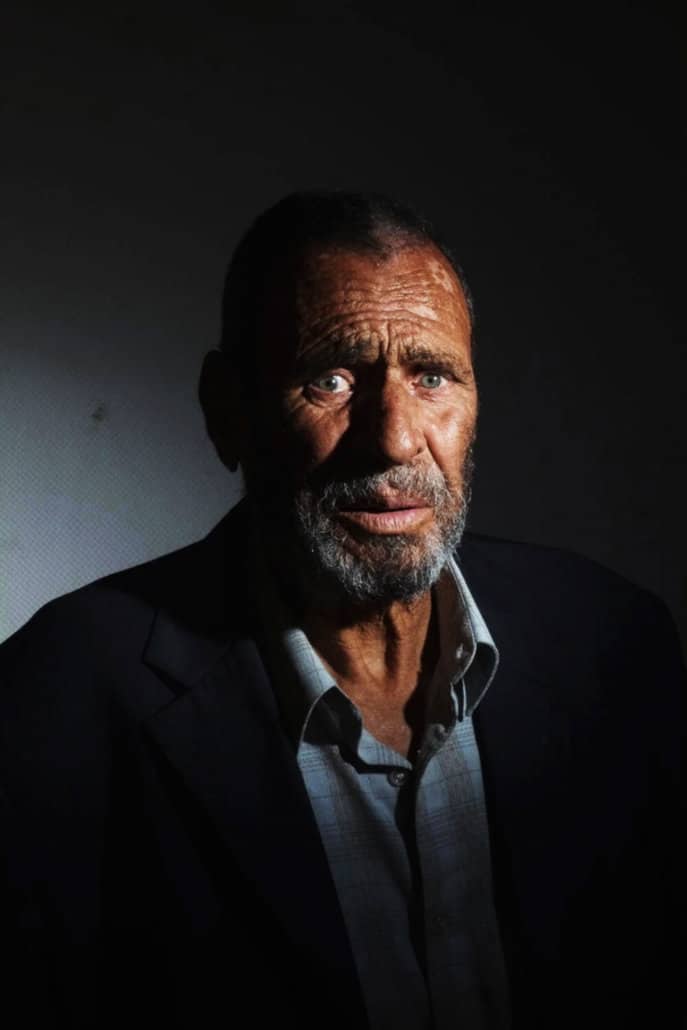 Born in 1982 in Oran, Algeria. Lives in Algiers, Algeria.

Abdo Shanan’s black and white and colour photographs cannot be ordered into a logical chain of associations. Rather, they are erratic and thus unsettling. The subtext is provided by the photographer both in the title Dry and in his thoughts on the inherent solitariness of the individual. Perhaps the “I” is an island after all, and the others are the ocean. But if the “I” is an island, doesn’t that mean the others are also islands?

The notion of Algeria as a multicultural country led the photographer to question the relationship between personal history and the present. And what medium is better suited to such a line of an interrogation than photography?

Our unconditionally subjective view of the subjects, who either respond inquiringly to our gaze or avoid it, contrasts with found objects and fragments of landscapes that seem as if they were relics of life, collected over decades in a shoebox. This shoebox has now been opened like a Pandora’s box, in order to expose one thing in particular: the infinite emptiness between the images, which become islands in an ocean of forgetting. 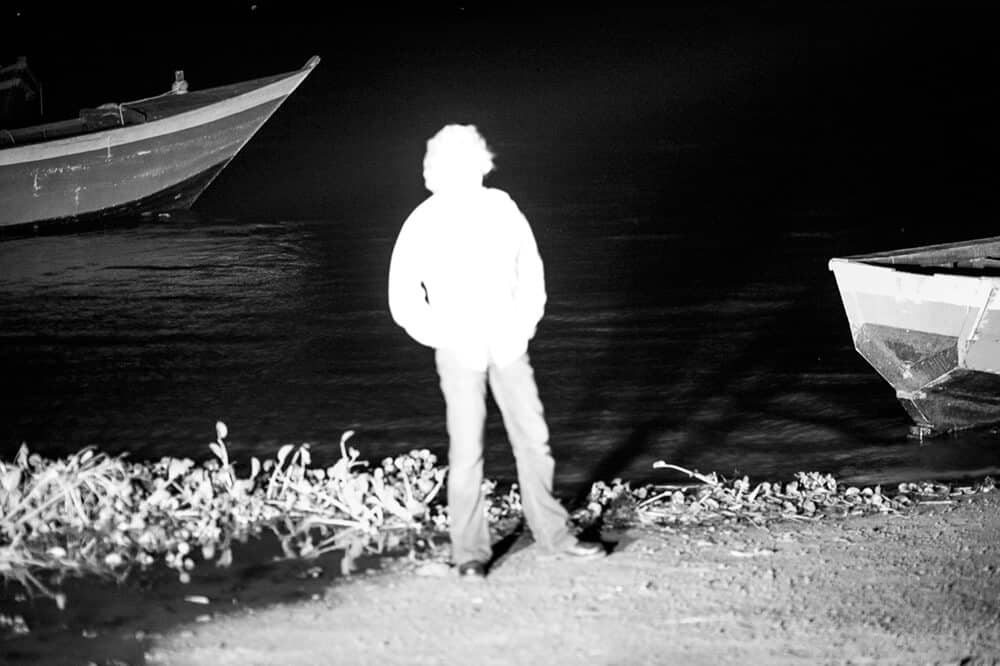 From a road trip, we undertook from Mozambique to Uganda. Dad consulted the Ugandan government’s negotiations with foreign oil companies on the recent oil findings in the Lake Albert region.

Aware that he belonged to the first South African generation not plagued by war, Jansen van Staden turned his attention to the fatal mix of tradition and trauma in his homeland.

When he was 25 years old, his father died, and he found a letter in his estate addressed to a therapist. In this letter, his father spoke of his desire to kill and of his experiences of war at the age of seventeen; experiences that followed him throughout his life, but that he at the same time had kept hidden from his family. Where had the lack of empathy stemmed from? Had his father been shaped this way? And what sorts of psychological deformities must his father’s parents have possessed to raise their son to be a hot-blooded killer?

Jansen van Straten asked himself whether hatred and war had long ago been inscribed in the genes; whether they continue to make their effect felt, or lie dormant, only to one day re-emerge. The series Microlight is a self-therapy of sorts for the artist, illuminating anecdotally social parameters such as the need for closeness and communication, and the constant and unconscious infiltration of the instruments of violence into everyday life.