Casper on his new life with oils and brushes

in News Articles 2013
Share on facebook
Share on twitter
Share on email
Share on whatsapp
Comedian Casper de Vries explains how a whole new passion for painting has led him to retire from comedy… at least for now.
After a 27-year career spent making people laugh, comedy legend Casper de Vries is changing direction, and this month he will be sharing his new passion with the world. The Joburg-based entertainer started painting two years ago and is having his first solo exhibition, called Art @ the Palace, from 21 February at Emperors Palace. 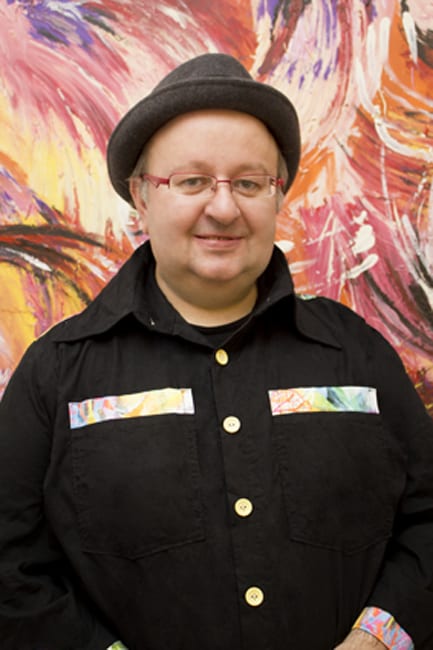 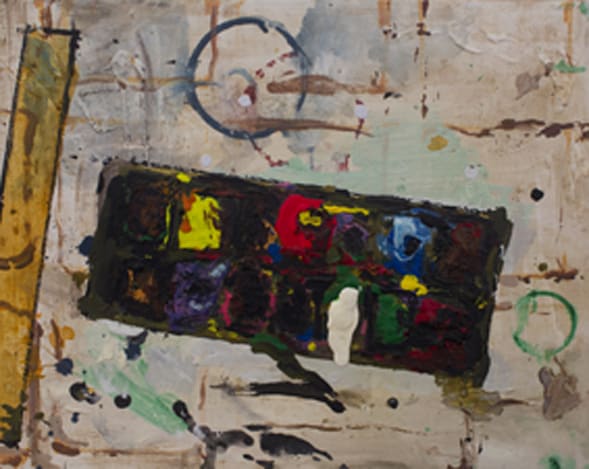 Casper de Vries, Colour in Cubes
How would you describe your style as a painter?
It varies between realism and utterly abstract. At the moment. But there is definitely a distinct style that you can start to recognise already and that I’m excited about.
What do you enjoy painting most, and do you have a favourite work in your collection?
At the moment I paint things I love and things that fascinate me. Like my mother or a fossil, if you’ll pardon the two examples! So I’ve painted my poor dogs ad nauseam and also some members of my extended family. I’m sure the ancestor whose artistic DNA was passed down to me lived thousands of years ago because I have a total fascination with rock art and cave painting. One of my favourite pieces so far is based on rock art.
When do you paint, and where? Tell us about your process.
I have specific areas outside and inside my home where I like to “park and paint”. I have also gone away to paint in seclusion with my two dogs, some dried mango and an iPad. I will decide after 2014 whether I should build a studio and where, but that is in the cards.
You’re a verbal storyteller and now your paintings have to tell the stories while you stand back and let people interpret them… do you find that difficult? Do you want to explain the story behind a painting?
I find that when one builds “messages” or deeper meanings into paintings (especially with abstract work) that is just a starting point. I actively aim to trigger the viewer’s imagination and let him then get lost in whatever world my painting got him into. Sometimes you can help the viewer with the title of the piece. But the miraculous thing of art and painting is that you can get the viewer to interpret things after you have just given him an artistic poke in the right direction.
What has been the biggest learning curve for you in this process and what about it have you enjoyed most?
The biggest challenge for me is not to become self-conscious in what I’m doing. I say that because I started painting from nothing and having no background or academic knowledge. I don’t want those things to hamper me in the natural process of painting. But I do study the theory and history of art and artists now because it fascinates me. So far the biggest challenge for me is to know when a painting is finished because you can tinker with it for 20 years. I’m learning to hear that voice which tells you, “that’s it, finished”.
What would you like to achieve with your painting; any specific objectives?
I’d love to be commissioned to do exhibitions so that I can give my creativity free reign. But that is still a far way to go. So my first humble objective is to prove that I am worth my salt as an artist.
Your outspokenness about being gay and an atheist has created a lot of controversy in recent years among your traditional audience and you have said that you don’t mind losing narrowminded fans who object. Can we expect the same kind of controversy in your painting?
I’ve definitely thought about all kinds of edgy and controversial themes for the future. I like to push the envelope so let’s see when that starts to happen. It’s all to do with confidence so once I’ve built up enough I’ll start to explore more controversial topics.
What audience are you targeting – the same people who come to your shows?
A small percentage of my audience would like my paintings I’m sure. But my aim here is to introduce myself to other markets, nationally and internationally. It’s like starting all over again. Some people will know I paint because of my name but that’s where the advantage stops, because they’re not necessarily going to get a one-man show on a piece of canvas.
Are you as nervous or excited for your first exhibition as you were for your first one-man show all those years ago? What are you hoping for?
I’m extremely excited to show the paintings at last because remember, I’ve been working on this first batch for two years now, and it’s time for them to get some fresh air! Unlike a theatre show I can’t forget my words or panic that some technicality can go wrong. As long as paintings are ready and viewable on the date I’m happy! I will also be there every day during the exhibition week.
If I can’t make it to the exhibition, where can I see your work?
After the exhibition all the exhibition pieces as well as other work will be available for viewing and/or purchase in an online gallery at www.caspershop.co.za. I already have a date set for a second exhibition in Cape Town and another in Bloemfontein later this year.
Art @ the Palace takes place at Theatre of Marcellus, Emperors Palace, from 21 to 27 February 2014, 15h00 to 21h00 daily.
Courtesy of Melinda Shaw / Shaw Media