The Goodman Gallery is in full support of David Goldblatt’s decision to take down his exhibition The Frock and other Pictures at the FNB Joburg Art Fair. Goldblatt made this decision after it came to light that Artlogic director Ross Douglas requested that Ayanda Mabulu’s painting Yakhal’inkomo – Black Man’s Cry be removed from the commune.1 booth, which they agreed to do.

The Goodman Gallery is dedicated to upholding the South African constitution, and the freedom of expression that it allows. As a result of The Spear saga, we have learnt many lessons, and are aware that this incident has engendered a culture of self-censorship, which has become increasingly ubiquitous in the South African art world. It is mournful that the FNB Art Fair is influenced by this undercurrent of fear for economic reasons or otherwise. Many international fairs – also commercially driven – go out of their way to show works which have previously been censored. 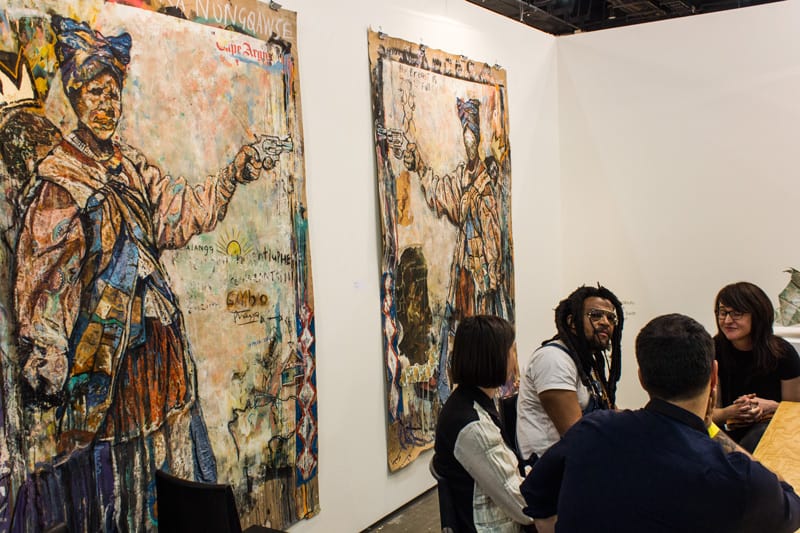 A significant example is the exhibition Sensor Ship at Art Basel Hong Kong this year, which presented previously censored works or their documentation together with artist interviews detailing personal opinions on why the works had been censored. We acknowledge that the situation is complex and layered, and thus Goodman Gallery Director Liza Essers met with David Goldblatt and Ross Douglas and suggested that she chair a conversation at the Art Talks booth. As a result of this layered dialogue, Artlogic have acknowledged that they had not considered the repercussions of their decision, and have agreed to allow commune1 to rehang Mabulu’s painting on their booth. Goldblatt will in re-install his exhibition and allow his work to be shown. 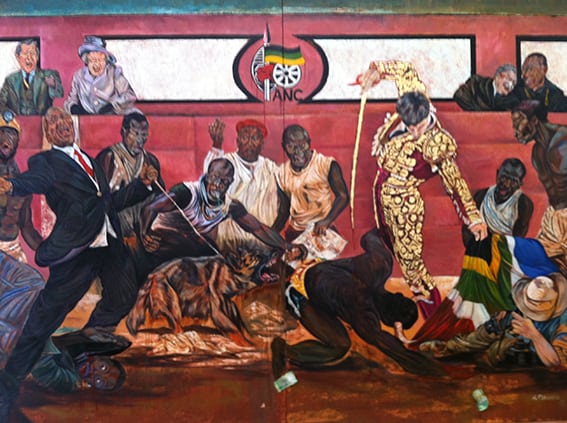