‘CIRCA settles in London:’ Siobhan Keam In Conversation with Georgie Shields

Siobhan Keam speaks to CIRCA gallery director Georgie Shields about the inaugural launch of the well-known Johannesburg-based gallery at their new premises in London. “I’m not interested in hushed tones,” says Shields, “In an age of virtual reality and art Fairtigue, CIRCA reasserts the role of the gallery as a space to have dialogue with our community – in person… Art is about life, not about art.” 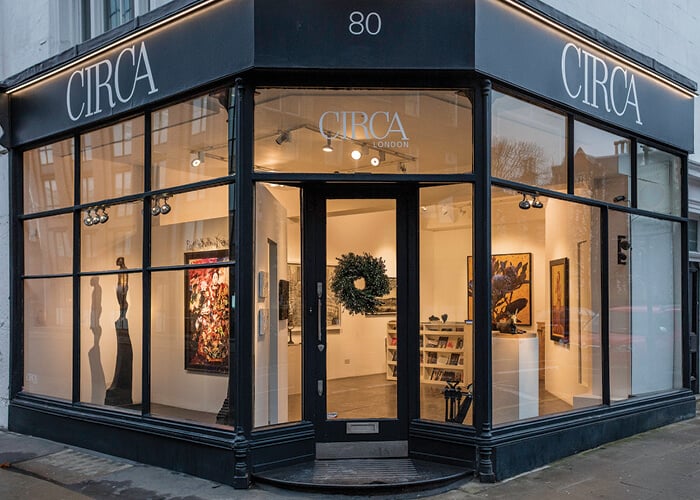 Outside view of CIRCA Gallery, London. Photograph: Dan Weill. All images courtesy of Georgie Shields
Siobhan Keam: The upcoming opening of CIRCA London (17 March 2016) will be the official launch of the well-known South African gallery within the London art scene. Could you expand on the artists you have chosen to include in the opening exhibition? How will they set the scene for future group and solo shows to be held at the gallery?

Georgie Shields: For CIRCA’s opening we will focus on artists who have consistently made strong work that has found an audience. We’re fortunate to represent a large and diverse group of artists and we aim to show the work of both established practitioners and those beginning to make their mark. We’ll be showing paintings and sculpture, while the double-volume atrium at the rear of the gallery lends itself to larger-scale works. Featured artists will include Deborah Bell, Beezy Bailey, Wayne Barker, Norman Catherine, Guy Ferrer, Phillemon Hlungwani, Dylan Lewis, Nelson Makamo, John Meyer, Nigel Mullins, Alessandro Papetti, William Peers, Caryn Scrimgeour and Angus Taylor, among many others.

You mentioned that the gallery has already had a ‘soft opening,’ allowing you to get a sense of the audience and the surrounding area of Chelsea, London. What has the reception been like so far?

From the day we opened our doors at 80 Fulham Road we’ve had a lot of interest and curiosity about the gallery – from locals as well as international visitors, particularly from Europe and the US. We’ve shown new work every few weeks and early sales have been encouraging, for both sculpture and paintings.

Prior to this CIRCA London participated in 1:54 Contemporary African Art Fair 2015. What was your impression of the fair?

We found it to be a very worthwhile, well-organised fair with good attendance across the board – collectors, curators, press, artists, academics, students etc. Its timing to coincide with Frieze is key in achieving this and of course Somerset House is an exceptional place. We had an overwhelmingly positive response to the artists we showed, all of whom happened to be South African. 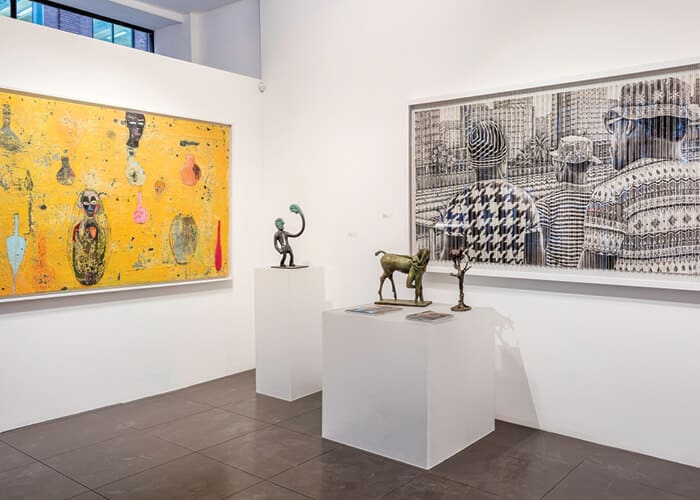 In your opinion, how do artists from Southern Africa fare internationally?

My experience is that, given an appropriate platform, artists from Southern Africa do as well as artists from anywhere else in the world. There is no identifiable quality that binds all art being made in South Africa. How could there be given the country’s history, its geographic and cultural diversity and the range of artists, all with vastly different life experiences? But certainly there is something that resonates with global audiences, a sense of place and history that has a bearing on the chemistry of the work.

Artists who will exhibit in 2016 range from established names such as Wayne Barker and Beezy Bailey to relative newcomers like Nelson Makamo. How do you plan to select and curate artists from the Everard Read and John Martin stables for an international audience? Will there be a different approach to the South African branch?

Initially there will be a greater emphasis on artists living and working in Southern Africa as many of them have had little exposure in London and we’re excited to be able to provide visibility and an international home for them. We have seen a significant increase in international collectors visiting our South African galleries and we have exhibited at art fairs, so we have a good sense of which artists consistently connect with international audiences. But we also want to push the boundaries. We will show established artists as well as artists beginning to hit their stride and those that are lesser known. There will be a place for powerful work, sometimes on a monumental scale, as well as quieter work that intrigues in a different way.

CIRCA London has been presented as a partnership between Everard Read Galleries (South Africa) and John Martin Gallery (London). Could you explain the connections between these two galleries and how each will frame the type of work shown at CIRCA London?

The Everard Read and John Martin Gallery relationship goes back a long way. In recent years we have partnered on several exhibitions; John Martin Gallery has presented solo shows in London by some of our leading artists, including Dylan Lewis, Deborah Bell and Phillemon Hlungwani, while Everard Read Gallery has exhibited the work of British artists including Olivia Musgrave and John Caple for many years. With CIRCA London we are creating a new platform to show the work of exceptional contemporary artists from around the world, including a core of artists living and working in Southern Africa. 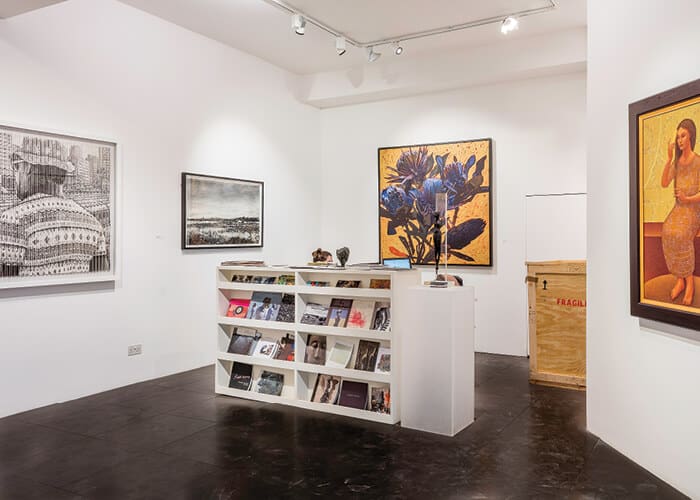 Please give us a sense of your background, what brought you to the Directorship of CIRCA London?

I imagine my path to Director of CIRCA London has been atypical. I grew up in the gallery business and spending time with my grandfather, Everard Read, meant being surrounded by artists and discussions about art. I remember, as a child, being mesmerised by much of the work at Everard Read and having lengthy conversations with Ev about art and artists. He was a generous man who read voraciously and looked enquiringly at the world with an impeccable eye for the uncanny. Coupled with this, his passion for excellence in Africa was infectious which is why, no doubt, his legacy has endured and grown. Although I spent many school holidays working at the gallery, I began my professional career in public affairs in the South African financial services sector. I spent a decade in New York managing arts and cultural sponsorships for the Bank of America and American Express. Since moving to London in 2008 I have helped to run Sadler’s Wells, the leading house for contemporary dance.

Over the years I’ve remained close to the gallery business – after all, it’s family. My uncle, Mark Read, has been at the helm for almost thirty years. My late father was a director and my brother, Charles Shields, is the director of our Cape Town gallery and has grown that business tremendously over two decades. I feel incredibly lucky and honoured to build on this legacy. Our galleries in South Africa are vibrant, welcoming places that you make an effort to visit because you know you’re going tosee something extraordinary. For a long time I’ve felt that there’s a place for that kind of gallery in London.

What are your future plans for CIRCA London? What will differentiate it from other London-based galleries?

We’ll open in March with a big group show celebrating the range and calibre of artists we represent. In addition to artists living and making work in Southern Africa, we’ll also be showing work by British, European, American and Japanese artists, from both the Everard Read and John Martin’s stable.

I want CIRCA London to be a place to see and experience extraordinary and beautiful things in an environment that lends itself to discovery and conversation. I’m not interested in hushed tones. Perhaps this is where we will differentiate ourselves. In an age of virtual reality and Art fair- tigue, CIRCA reasserts the role of the gallery as a space to have dialogue with our community – in person. Visitors are to be received and engaged, not ignored. We are promoting conversations, not objects. It is our belief that the collector and the art lover want to have a personal engagement with artworks, artists and their dealers, to better perceive and understand the world around them. Art is about life, not about art.

Siobhan Keam is an artist and arts writer currently working as an Editorial Manager at Forth Studio, London. She has a BFA from the Michaelis School of Fine Art, UCT.