Smart Investment in the global and local art market

Exciting times are ahead for art investors and collectors, or even those looking to dip a toe in the sometimes opaque waters of the art market.

Since 2000, European-based company Artprice has run the Price Index for the global art market. This is calculated on the basis of global auction results, and shows that the market has grown by 36%. The index is composed using the same general principles for its construction as with most other reputable financial indices: it focuses on the art market’s fundamental artists and takes into account their relative weight and importance. 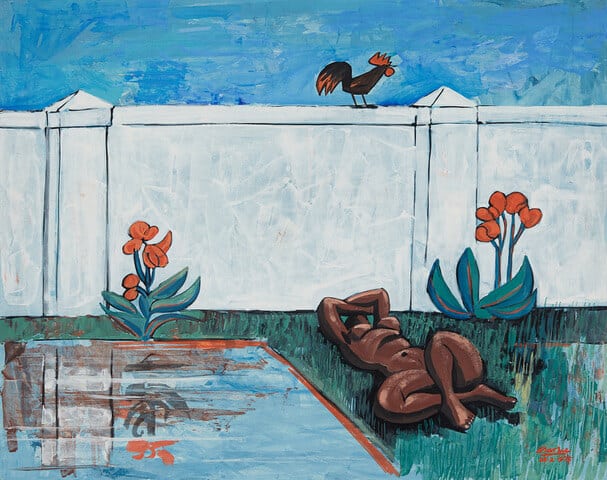 As Artprice puts it: “The art market – taken as a whole, and including all periods and price ranges – is therefore a competitive form of investment and an alternative to traditional financial assets. Over the last 20 years, the art market has massively increased in liquidity and has grown to now be widely appreciated as a genuinely efficient market. It proves that a relatively well-diversified art portfolio, constructed on the basis of a simple and non-aggressive acquisition strategy, has a genuine economic raison d’être, quite apart from the non-pecuniary benefits of collecting art.”

One of the main areas which attract many people to the art world is the spectacular prices achieved for individual works, or individual artists. 2017 saw plenty of examples of exceptional capital gains. Artprice name checks the performance of Jean-Michel Basquiat, whose prices have risen exponentially. In 2017, a work called Jim Crow, from 1986, sold for $17 680 936, having first sold in 1992 for $136 367 – a multiplication in value of 130 times!

At the other end of the market the same principle applies. A collector first paid $680 for a small still life by Helen Funke in 1995. The same work was recently sold for $38 000 – a percentage return of over 5000%. 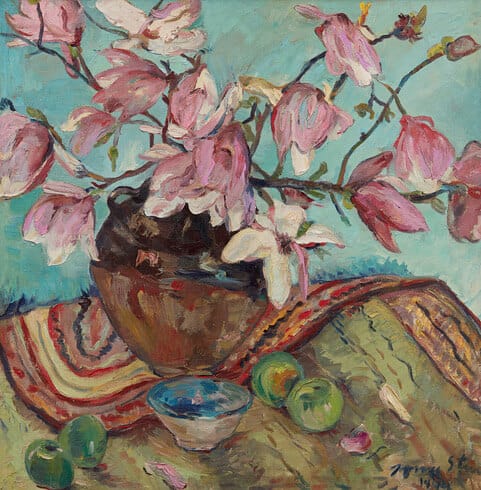 Away from these spectacular returns, an analysis of a large number of lots bought and subsequently re-sold at auction (repeat sales) offers a much more realistic general picture of the returns that can be expected on the market. An analysis of the price evolution of over

4 000 lots sold in 2017, for which a previous public sale could be clearly identified and confirmed by an auction house demonstrates an average annual return of a more modest, but still appreciable, + 5.7%.

In Artprice’s so-called ‘Global 500’ – the wider pool of artists who sell at auctions, and who are ranked in terms of regular sales and turnover – four South African artists appear. All are household names in the market here, and the two highest ranked are contemporary artists – Dutch-based Marlene Dumas at #121 and William Kentridge at #279. An older generation of artists fetching higher prices appear further down the list; J.H. Pierneef appears at #314 and Irma Stern at #329.

The presence of the two contemporary artists higher up this ranking list is significant because it also reflects the growth and diversification of the contemporary market around the world, as well as in South Africa. While the art market in this country is much smaller, it does follow the same broad growth trends. 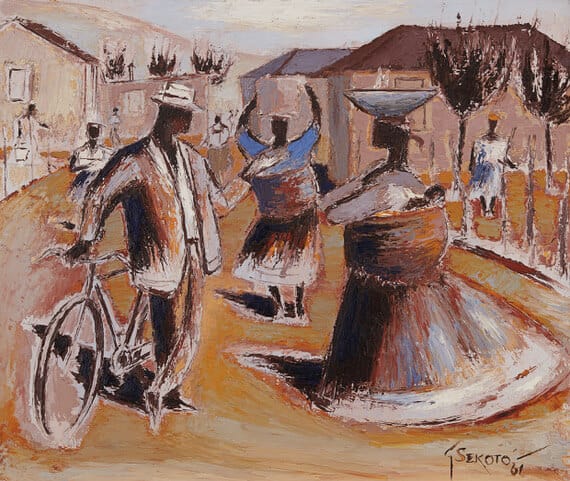 Aspire Art Auctions’ June 2018 sale in Johannesburg was a perfect example. The presence of highly collectible artists in the traditionally strong historic and modern market, such as the rare and exquisite Irma Stern still life and the vibrant Gerard Sekoto scene pictured, takes its place alongside an increasingly diverse and broad offering, both of previously under-represented artists and from younger and mid-career contemporary artists.

While most fine art auction houses can offer a range of work in these segments, Aspire’s strategic focus on contemporary work is demonstrated by the high quality and variety of the lots they bring to auction. In this approach it is taking advantage of global growth in the segment, where, in less than two decades, contemporary art has gone from 3% market share to over 15%.  Aspire’s recent sales have seen world record and South African record prices fetched for work by artists as diverse as Louis Maqhubela, Dumile Feni, William Kentridge, Angus Taylor and Willem Boshoff. A newer market is also opening up for more cutting edge contemporary work, exemplified in the recent Johannesburg sale by the presence of the likes of Zander Blom, Brett Murray, Sandile Zulu and Andrezj Urbanski.