Jean-Paul and Christine Blachère – in conversation with Nadège Besnard Iwochewitsch

Nadège Besnard Iwochewitsch: Jean-Paul, how did your collection start?

Jean-Paul Blachère: I began collecting (contemporary African) art around the end of 2000. An exhibition had been organised in the North of France that was curated by Yacouba Konaté, and devoted solely to African talents. It was here that I fell in love with The Dance, a work by Moustapha Dimé that expressed so much simplicity, spirituality and strength.

Thereafter, I decided to build a collection that would show the strength and beauty, both aesthetically and sociologically, of the African continent. I visited artists’ workshops in Africa, and subsequently fell in love with the work of Amahiguéré Dolo, specifically Le Forgeron (The Blacksmith). I was equally as drawn to this sculpture as I was by the story of Dolo’s life; it is important for me to understand both the artist’s experience and his message. I believe this establishes a real bond between the three of us – a triumvirate connecting the artist, the artwork, and myself.

Sculpture plays a large role in the collection, and through this I have developed many close relationships with artists such as Moustapha Dimé, Amahiguéré Dolo, Siriki Ky, Ndary Lo, Jems Robert Koko Bi and Freddy Tsimba. 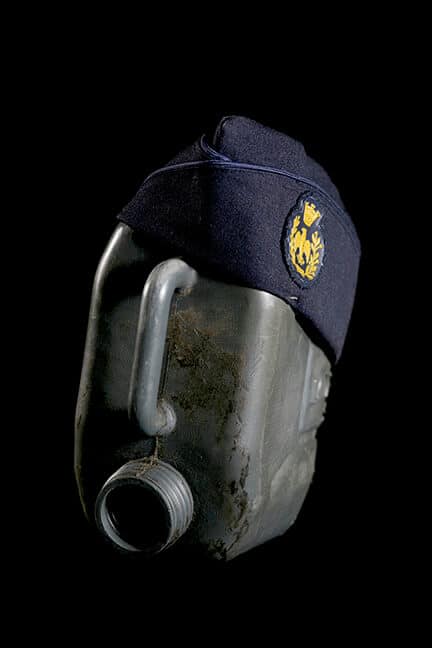 What are your criteria for the acquisition of a work?

It’s about falling in love. There must be an overwhelming internal cataclysm that determines and differentiates the work I like from the work that I don’t. But it doesn’t just stop there – I always try to purchase it too. I experienced this feeling with Ndary Lo’s Les Marcheurs (The Walkers), Abdoulaye Konaté’s tapestry dedicated to the war in Rwanda, as well as the works of Soly Cissé, Mamady Seydy, and Freddy Tsimba.

How did the idea of creating the foundation come about?

The idea for the foundation was driven by my desire to show the works I had already obtained to others. I also wanted to be more connected to the artists. However, I never actually considered starting a collection – it was always much more of an accumulation of works to lend, show, and exhibit.

When the paintings were added alongside the sculptures, and the drawings alongside the photos, the idea of a collection had started. Together, the works constituted a united whole that revealed a love story – a particular vision of a continent and its artists.

The collection has continued to grow since 2002until today, and in 2008 we acquired our first large works belonging to El Anatsui and Ousmane Sow. These really gave shape to the collection, and thereafter we decided to develop a serious acquisition programme for the collection.

What is the purpose of this collection?

The purpose has always been to show these works in monographic or collective exhibitions in the Foundation, based in Apt. We do lend the works to major museums or events, but only if they feature in intellectually stimulating contexts.

A collection is first and foremost a complete unit, and the collector is always hunting for the gem that will offset all the other pieces – in other words, the work of a lifetime.

Our exhibitions are entirely funded by the Blachère Illumination Company and the location of the Blachère Foundation is in the heart of the industrial area in Apt. I think this location gives strength and beauty to the Foundation. 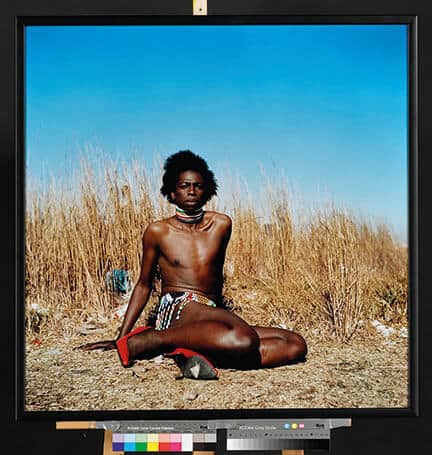 Your next exhibition, entitled ‘Flee,’ will feature several artists and their drawings. Why did you choose this theme of migration?

Christine and I share a common interest in drawing, so the Foundation decided to host an exhibition featuring the work of artists such as Nidhal Chamekh, Diane Victor, Aimé Mpane, Soly Cissé, Mohamed Lekleti, Nelson Makamo and Mamady Seydi.

We titled the exhibition ‘Flee,’ in relation to the topic of migration. This theme resonates deeply with me, not only because it’s a current and relevant topic, but because it relates to my own story. I am a descendant of Polish-Italian immigrants, and am very proud of my roots. It’s this cultural tapestry that enriches our world, the opportunity to succeed whoever you are. I want to restore dignity and pride to those who have fled their country due to war, or other reasons, and give society a more accurate picture of these experiences. 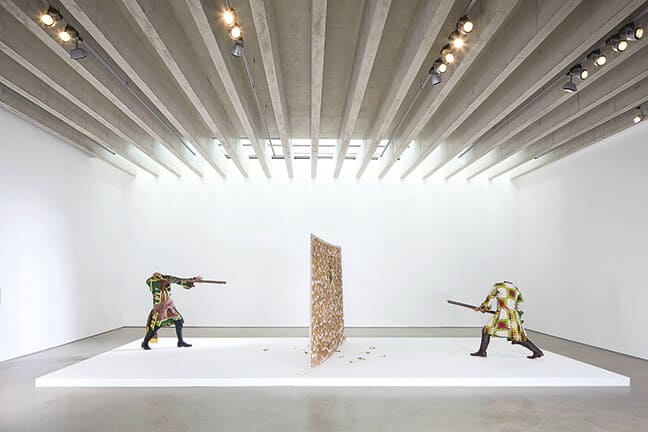 Nadège Besnard Iwochewitsch: Would you say you inherited your passion for art from your father?

Christine Blachère: I grew up in an artistic environment that was very influenced by sculpture and painting. Jean-Paul is very focused on these two mediums, as they speak to his personal story. Although I am passionate about both sculpture and painting too, I am twenty years younger than him, so I am also attracted to video, installation and performance.

What is your strategy for acquisitions, how does it work between you and your father?

He is the captain of the ship, but when I fall in love with a piece, he listens and trusts me completely. When he makes his purchases, it’s vital that he has complete freedom. Whilst deciding to buy a piece, there is a strong instinctive element. The beauty of the piece takes hold of you, and you want to share it with others. It is not a matter of academic discussion.

When you have a common passion, you share ways of looking at the world, which is mutually enriching. Even when our tastes differ and would not have bought the same piece, there is such great respect between us that the possibilities are endless.

Can you name any artists or works that have had a particularly profound influence on you?

When I come across a piece, it feeds my desire to gain a deeper understanding, and that’s why I want to meet the artist. Sometimes these meetings are extraordinary, such as the collaboration with Wim Botha whose works we had exhibited in the summer of 2016. It was a wonderful experience and an extraordinary exhibition, with an artist who is extremely talented in every stage of the artistic process, from conception to execution. Moreover, his work communicates a strong message.

I was also struck by the artist Barthélémy Toguo, who in my opinion is currently one of the greatest contemporary artists.  I loved the Homme Végétal (Natural Man), but the artist is a mystery to me. I also appreciated meeting Yinka Shonibare and currently I am intrigued by Kara Walker. As is often the case with female artists, I find that there is a kind of extreme sweetness which hides a deep violence.

What are your thoughts on the current enthusiasm towards the contemporary African art market?

We are spectators of this craze, and at the same time actors, not forgetting that we live far from the major market centres: London, Paris or Berlin.  We are not market players. That sets us apart. Often when people speak of contemporary African art collectors, they forget about our collection even though it is the second largest in Europe, with 4000 numbered pieces. But that was not our motivation. However, we are delighted that contemporary African art is finally being recognized.

A few years ago, we exhibited Freddy Tsimba’s works, an artist that I particularly appreciate.  At that time Kinshasa was being torn apart, and he said, “We have nothing beautiful left except for our art and our culture.” So when there is a healthy market, artists can be paid, and I think that it’s wonderful.