in News Articles 2013
Share on facebook
Share on twitter
Share on email
Share on whatsapp
The 6th Annual Congo in Harlem film and event series is taking place from October 16th – 26th, 2014, at the Maysles Cinema in New York City!
Congo in Harlem is a week-long showcase of films, exhibitions, parties and special events focused on the history, politics, and culture of the Democratic Republic of Congo. 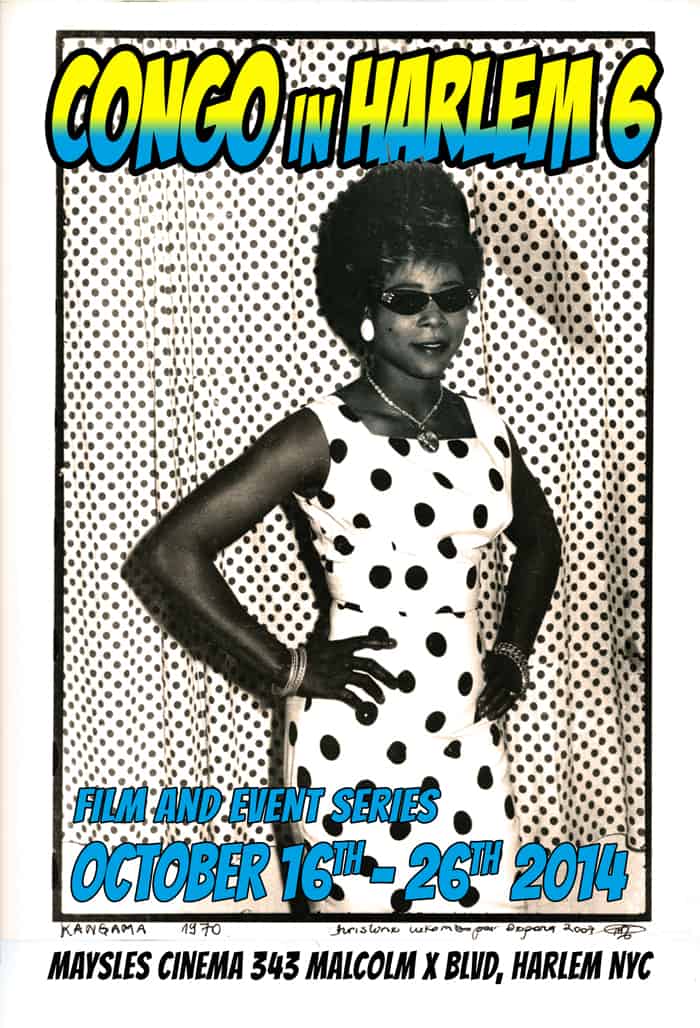 According to Congo in Harlem, “The goal of the series is to deepen our communityʼs understanding of the DRC through art and dialogue. Each year, we strive to present a diverse program that encourages audiences to think critically and challenge their assumptions. But we also want people to have fun! Congo in Harlem is more than just movies and discussions – itʼs an opportunity to discover Congolese food, music, and artwork, learn about Congoʼs challenges, and get involved.”
Highlights of this edition of Congo in Harlem include:
– SisterOyo, acclaimed Congolese director Monique Mbeka Phobaʼs first foray into historical fiction. Set in the 1950s in Bas-Congo, the film chronicles a Congolese schoolgirlʼs struggles at a French Catholic School. Monique Mbeka Phoba will be in attendance to present the film.
– AfriqʼAnimʼAction, a showcase of 8 animated short films created by student filmmakers from DR Congo, Rwanda, Burundi, and Congo-Brazzaville, under the supervision of legendary Congolese filmmaker/animator, Jean Michel Kibushi.
– Photos from Kinshasa, taken in the 1950s and 60s by street photographer, JeanDepara, presented by the Pigozzi Contemporary African Art Collection.

Have a look at the full schedule here, and look out for a review on the festival in the upcoming December (13.2) issue of ARTsouthAFRICA Magazine!