Israeli artistic director and curator Omer Krieger has come under fire preceding the opening of a new exhibition titled ‘Stolen Arab Art’. The exhibition opened on Thursday at the 1:1 Centre for Art and Politics in Tel Aviv – with a very fitting title.

Four video works of renowned artists, Walid Raad from Lebanon and Egyptian born Wael Shawky, have been featured in the exhibition without their permission. Neither of them has been credited and Omer Krieger states that it was deliberate. His explanation for this controversial decision appears to be an attempt to make a point during times where heightened tensions and international and Arab boycotts including cultural boycotts of Israel are taking place. Ireland recently became the first European Union nation to enforce a legal boycott by banning the importation of products from Israeli settlements in the occupied West Bank. In addition, the national team of Argentina also withdraw from a football match with Israel that was scheduled to take place in Jerusalem last month.

In an article published in Hyperallergic, Krieger says “We chose not to publish the artists’ names, on the assumption that they would not want for their work to be shown in Israel, as part of the Arab and International Cultural Boycott of Israel, and with the aim of not foisting an undesired cooperation upon them, so as to shield them from criticism and accusations of treason in their countries of origin.” 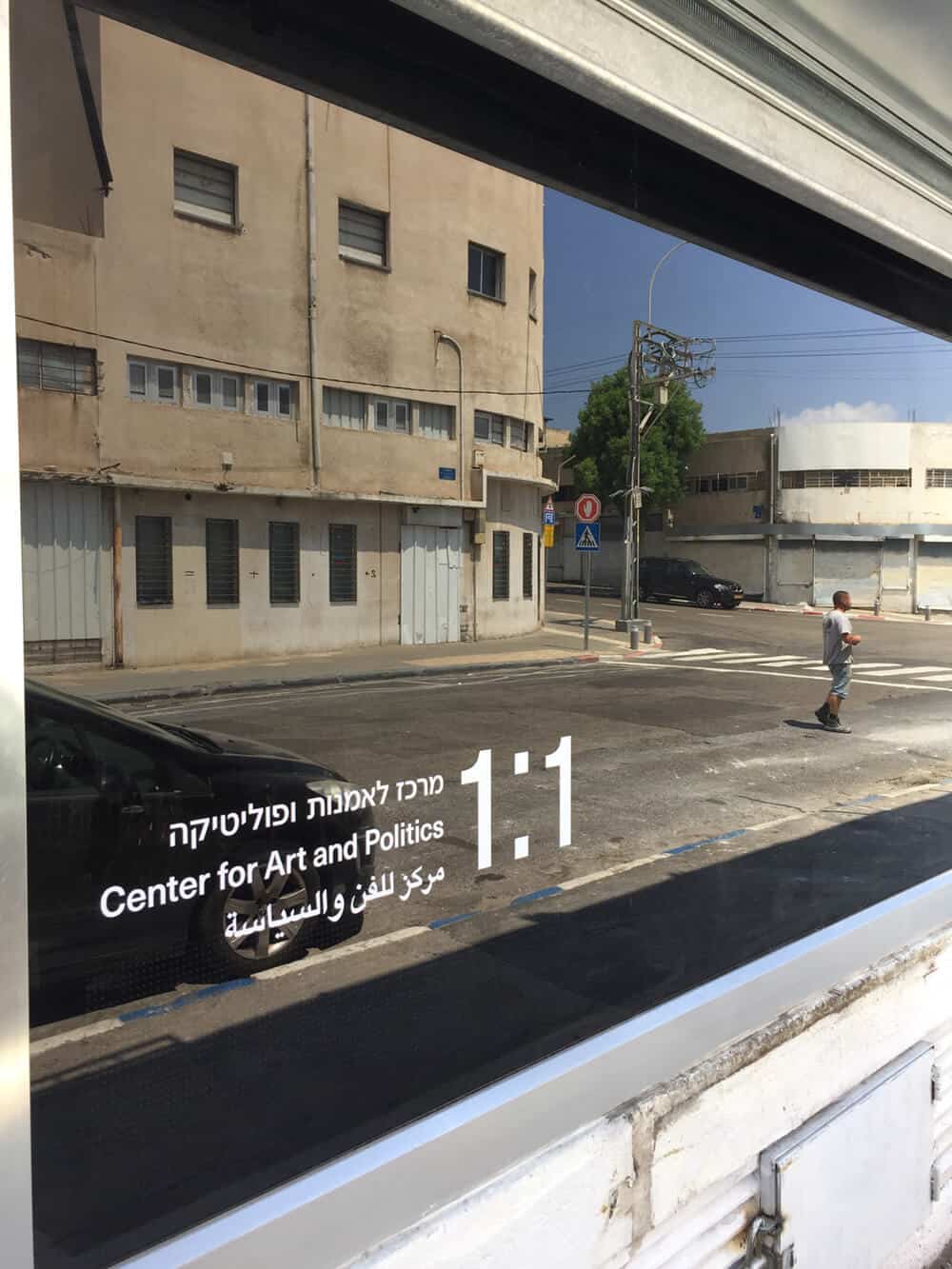 The exhibition had originally intended on including the work of 10 Arab artists – however, after two years of pursuing, Krieger was unable to include them due to political obstacles.   He says the decision to proceed without the permission of Raad and Shawky was made after he had sent the artists emails asking them to show their works in Tel Aviv, but that they “either refused or did not engage with him at all”.

In the exhibition’s statement, the gallery adds “By delineating these political and geographic boundaries we wish to call attention to Israel’s exclusion from the Middle East family,”.

Artist Wael Sahwky has openly regarded this as theft, and expressed his anger to Middle Eastern Eye by saying “What is the point of being a thief and so proud of your act. This will never change anything – all these artists, including myself, are against showing in Israel.” Shawky has eluded to the possibility of legal action adding that he has liaised with his agents the Lisson Gallery, London and Sfeir-Semler Gallery,Beirut regarding the issue. 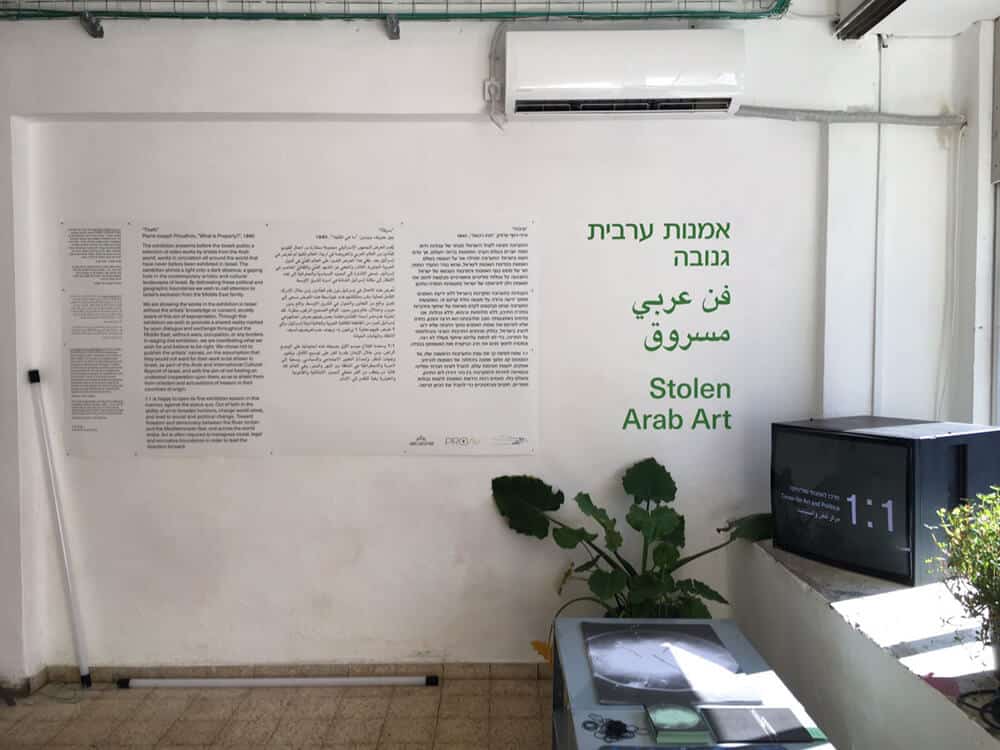 Criticism from the public has been equally scathing, and a video of the opening night of the exhibition – and which has been shared on social media – shows attendees such as Palestinan artisit Raida Adun confronting the curator. She is heard saying “This is beyond shameless. It is a total lack of respect to artists who have never given their consent to this. You are endangering those artists’ lives and careers”. Another artist is heard commenting “I would not have agreed to showing my works without my consent, even as an Israeli artist. The only political power I possess as an artist are the works I produce”.

However, Omer continues to defend the decision by explaining that the intention was to expose works to an audience that had not previously seen them. He says he also wanted to “examine the idea of ownership and authorship in art”. He believes “art should not be a rare commodity kept in vaults of collectors”. He also challenges the Boycott, Divestment, Sanctions movement. He says he supports “economic boycott, but not a cultural one”. He thinks by “grouping together all Isreali’s is a mistake” and that although the pressure should be placed on the Israeli government and cultural boycott is not the way.  He says, “it is hard to distinguish between BDS and plain hatred towards Israelis” – and that artists’ voices are usually the ones shouting for democracy.