The fourth ACT | UJ Arts & Culture Conference took place between the 16th and 17th March 2016. Fay Jackson takes a look at some of the key points made over the course of the conference, their relevance within the broader South African context, and the ways in which such oppurtunities enable its participants to reach out beyond the confines of the event, eloquently summarised by keynote speaker Didintle Ntsie, “The first step is awareness, and the second is challenging ourselves to use our privilege in order to make a change.” 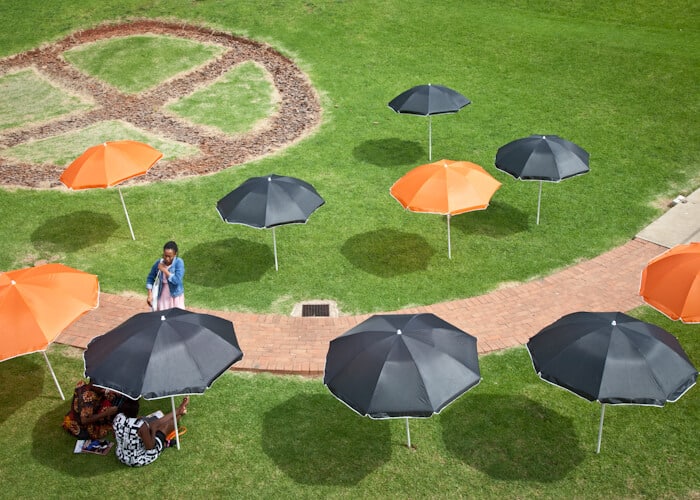 Delegates relax under umbrella’s during a lunch break at the Arts & Culture centre on UJ’s Kingsway campus, the venue for the 2016 ACT | UJ Arts & Culture Conference. Photograph © Fay Janet Jackson.

Arriving at the fourth ACT | UJ Arts & Culture Conference (also referred to as the Creative Conference), there was a healthy energy occupying the registration area, the entrance hall of the Arts & Culture centre on the University of Johannesburg (UJ)’s Kingsway campus. After registering and signing up for the Maker’s Workshops (a welcome interactive element to the conference), myself and the other delegates settled down in the impressive 436-seat Arts Centre Theatre to absorb as much as we could over the two days.

In her opening address, Chair of the Arts & Culture Trust (ACT), Melissa Goba spoke a bit about the history of the conference and how it has evolved since the inaugural event in 2012. She mentioned the importance of innovative processes of making and the particular significance of collaboration, which is where the event finds its impetus today. Taking ‘interdisciplinarity’ as its theme, the 2016 edition of the Creative Conference sought to inspire those who attended, according to Goba. “With this year’s title, #creativeintersections, setting the stage, the aim is to inspire the creative community by encouraging creative collaborations across disciplines,” she said.

Professor Federico Freschi – Executive Dean of the Faculty of Art, Design and Architecture (FADA) at UJ – sought to further this idea during his address, asking us to take cognisance of the current moment in South Africa’s social-political history. “Allied to, but different from, interdisciplinarity is the concept of intersectionality, which is not, per se, on our agenda for the next two days,” said Freschi. Or is it? 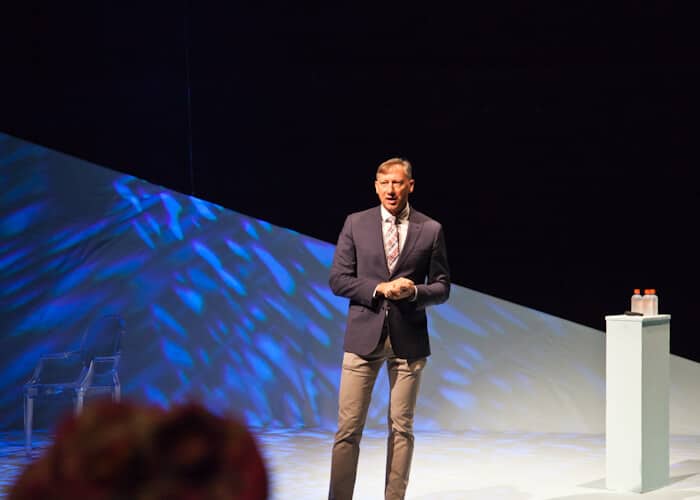 “As a critical concept, intersectionality articulates some of the ways in which oppressive institutions such as racism, sexism, homophobia… xenophobia and classicism are fundamentally interconnected,” Freschi continued, “To what degree are these same oppressive institutions echoed and reflected in the structures of power that underpin South African creative industries?” It is for this reason that Freschi believes partnerships between people are so valuable and, in turn, why annual events like the ACT | UJ Arts & Culture Conference are so important. “We are interested in changing the world,” he says, which he believes we can do with creative thinking and collaboration, allowing for productive and meaningful discussion.

Discussion is something that Didintle Ntsie – a self-proclaimed ‘slasher’ and one of the keynote speakers at this year’s conference – places enormous emphasis on, especially when it comes to addressing oppression. “When we start to think about ourselves and be honest about where we sit on the spectrum, we’re better able to engage,” she said in an interview with me after her keynote address, where she also brought up the concept of ‘blind spots’ when it comes to privilege. “We need to be able to talk about these things,” says Ntsie, “The first step is awareness, and the second is challenging ourselves to use our privilege in order to make a change.” 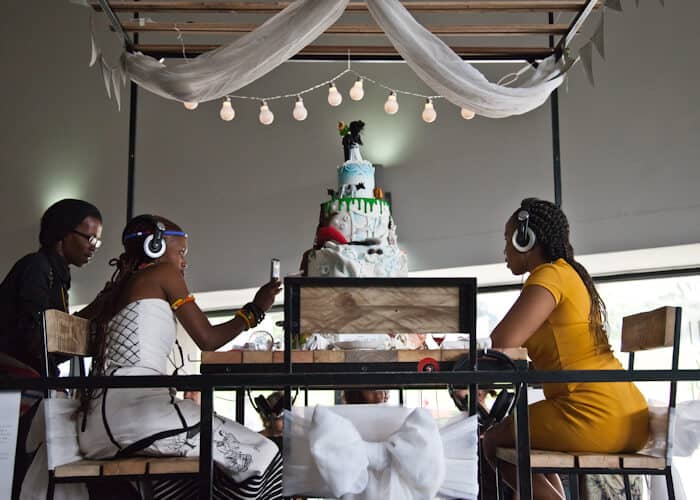 There’s always something to be said about the accessibility of these kinds of events, a topic that I would continue to discuss throughout the two days with a number of delegates. What kind of access is given to those who can’t afford the R1,200 price tag (approximately $78 USD / £54 GBP)? Those who would arguably benefit most from the kinds of discussions and debates brought up during the course of #creativeintersections?

Aysha Waja, curator at Bag Factory Artists’ Studios, pointed out to me that more than fifty passes to attend the Creative Conference were sponsored by the Mzansi Golden Economy (MGE), made available to creative practitioners through the Visual Arts Network of South Africa (VANSA)’s website.

The Department of Arts and Culture (DAC) – through their MGE Programme – made sponsored registrations available to “creative practitioners that are uniquely positioned to make an impact on their communities by sharing information, skills and knowledge and to stimulate interdisciplinary thinking,” according to the call for applications posted on the VANSA website. Creative entrepreneurs, representatives of small and medium-sized enterprises as well as representatives of arts and culture organisations were eligible to apply.

“ACT and its partners acknowledge how difficult it might be for some creative practitioners and artists from across the country to attend the conference and we are excited about not only enabling some of these professionals to join the discourse but return to their communities to share some of the information gathered and knowledge gained at the two-day #creativeintersections event,” explained Pieter Jacobs, CEO of ACT. 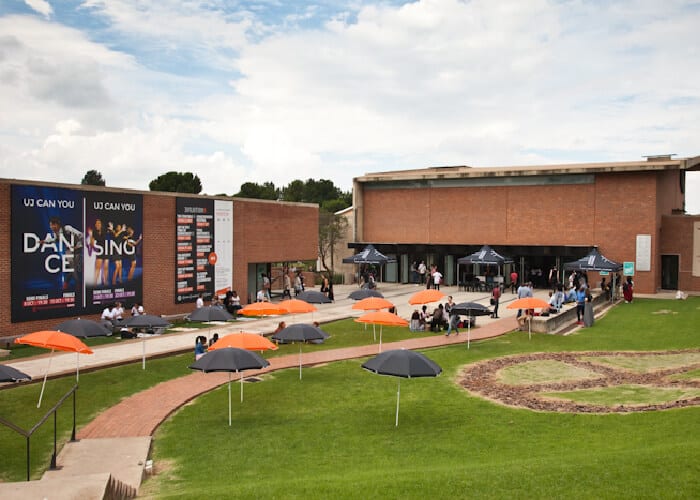 Additional student passes to the conference were also significantly subsidised, with the aim of “empowering the incoming generation of industry leaders.”

So, once those from various walks of life have access to the Creative Conference, what do they walk away with at the end of the intensive two-day period? What, in fact, is the value in the end? I spoke with a few of the organisers as well as those participating in panel discussions and hosting workshops. This is what some of them had to say:

The hope is that delegates will discover new tools to think differently, create differently and solve problems differently… The intersection between practical application and theory is of utmost importance. Not only is our approach based on studies that reveal that people take more away from immersive, experiential experiences than from lecture type programmes but we have deliberately designed a programme that could facilitate the practical aspect of interdisciplinary collaborations on request of previous delegates who strongly felt the need to not be spoken at but with – Pieter Jacobs (ACT CEO)

[The Creative Conference] is important in that it provides practical experience and observations to a theoretical premise. As we move forward in the current economic climate, fully aware that there may be an economic downgrade in SA, it becomes crucial for us to find other ways to engage and participate in the economy.  Honing one’s skills in this regard [with particular reference to the BASA Hatchery], is a powerful means to developing partnerships that last – Michelle Constant (CEO of Business & Arts South Africa/BASA) 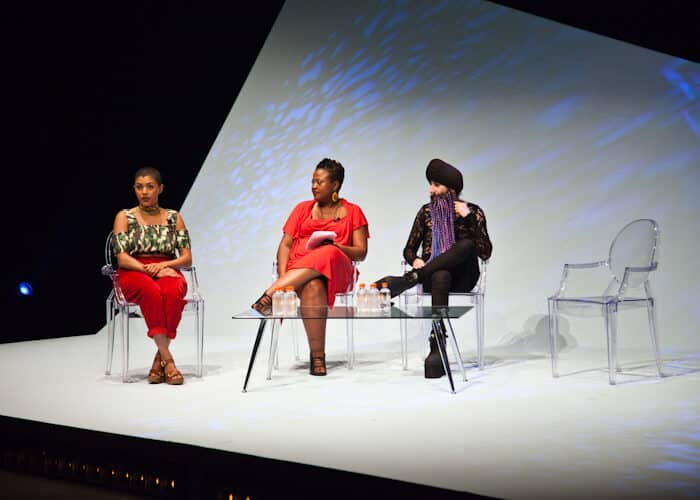 Both playful and interdisciplinary ways of working invite multitudes of possibilities as opposed to one way of working and therefore you get a variety of outcomes as opposed to one outcome. The process is more divergent. Both practices are not pure, but are a more hybrid way of being and working in the world – feeding off the structures that already exist, responding and adapting as they go. I hope people will be inspired to work with people who are not from their immediate environment. I hope they will be inspired to play – Anthea Moys (Artist & host of the Play Maker Workshop at the 2016 Creative Conference)

#creativeintersections is a ‘doing’ conference. We want to encourage meaningful outcomes and self-motivated agency that will make an impact on individual practice. I would like our delegates to take home an open mind, a clear understanding of interdisciplinarity and the value of its impact, a creative connection or collaboration, and individual experience at writing a project proposal and engaging with simple tools that can thereafter elevate your professional practice – Anastasia Pather (Artist & 2016 Creative Conference Project Manager)

I hope that delegates walk away from this conference invigorated, understanding and being confident in the knowledge that they can create dynamic projects and that who they are is a big part of what the project ends up being and that there’s nothing wrong with that. As I mentioned in my talk: you don’t need to find a toolbox, you are the toolbox! Do what you can, where you are, with what you have. And not just to learn how you can make it on our own, but to ask for help! Collaborate with other people – Didintle Ntsie (Self-proclaimed ‘slasher’ & 2016 Creative Conference Keynote Speaker) 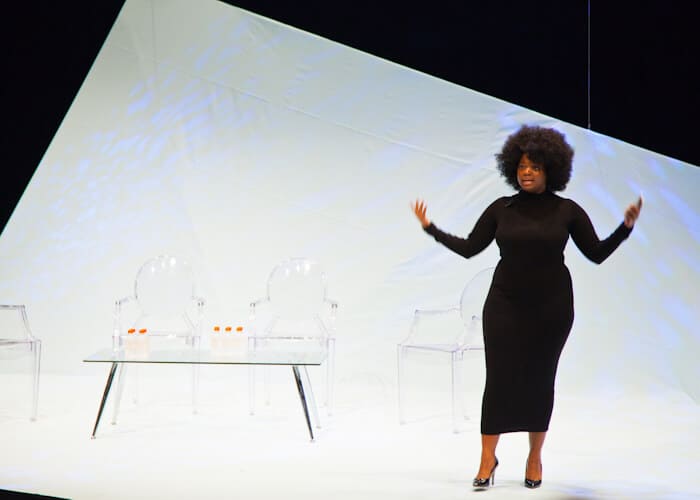 In concluding, the BASA Hatchery workshops and resulting Pitch Perfect session went a long way in providing some real substance and value to the conference overall, with an R80,000 grant made available to the winning project (which could either have been a pre-existing model or one conjured up during the course of the conference).

Panel discussions by Tzvi Karp, Lady Skollie and Danai Mupotsa; Aaron Kohn, Hlonipha Mokoena and Dr Narissa Ramdhani; as well as an Interview Segment with ThingKing, Geekulcha and Nthato Malope provided context to the wide-ranging theme of interdisciplinarity and, although the programme was significantly less interactive and dynamic than I had expected it to be, there were certainly some insights during panel discussions that inspired vigorous-head-nodding and light-bulb-moment-hums from the crowd. And, of course, valuable connections made between people seeking to enrich the creative industry in South Africa.

In the end, that’s the real value of events like these: creating connections, stimulating collaboration, sparking discussions and provoking thought.