Curated by Reem Fadda, the 6th edition of the Marrakech Biennale announces its curatorial concept, ‘Not New Now.’ The curatorial concept aims to provide for an intellectual framework that unites multiple arenas of art and cultures by looking at it from the particular location and history of the city of Marrakech. It builds on a longstanding history of Pan Afro-Arab unity, through critically investigating socio political projects, cultural partnerships, and art movements that have led to many shared artistic tendencies.

The heritage sites of Marrakech will invoke these moments of intersection, through a plethora of site-specific commissions and installations, by a group of international artists especially from Africa, the Arab world and its diasporas. Performances, displays of archives, film programs, seminars, lectures and even conferences will provide for a dynamic structure that looks at and cements these cultural commonalities and relationships. 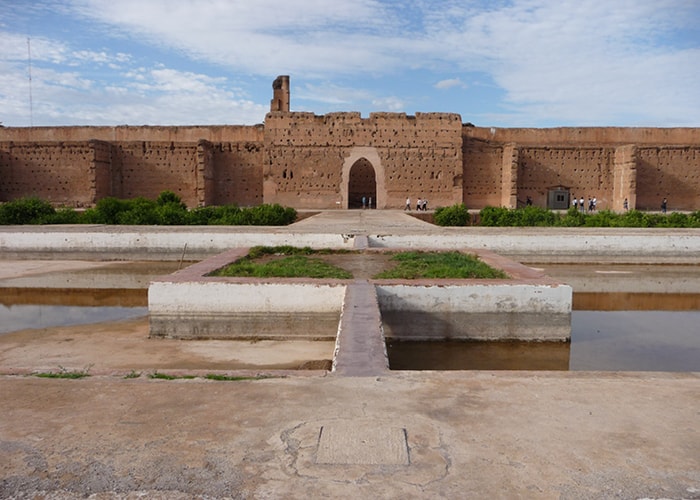 Running from 24 February–8 May 2016, the Marrakech Biennale’s curatorial concept is in line with the aspirations of the foundations of the Biennale, as was expressed by its President, Amine Kabbaj, “The key to the Biennale’s future success lies partly in the city’s location. We lie on a crossroads between the Western world, the Islamic world and the African world.

We are a modern society that values its traditional culture, but we are also evolving rapidly.”Since one of the primary objectives of the Biennale is to further the dialogue beyond art and culture into a wider set of implications, several programs run parallel to the exhibition,” Kabbaj continies, “These include literary roundtables and lectures, screening of films and video and performances all that will be visible in a multidisciplinary approach.”

The issues that the Biennale is looking to draw attention to are as follows:

A press release announcing the curatorial concept had this to say about it:

How do we surpass the cultural orientation towards newness? That same culture inherited from the modern ideal which, in pursuing advancement, has caused for hollow consumption; the postmodern order recycling the past and packaging it in the mere service of “progress.” Then, is the search for the New, with its inherent aspirations for discovery and truth, a mere escapism? Can we simply reject the New?

We are caught in a temporal ping pong, oscillating between future and past while seemingly disregarding the present. For if the New, as a cultural and material trope, is bound to the future, and history is anchored to the past, how and when are we left to emphasize the Now? The surmounting political urgencies, the tremors of earth—that growing wasteland, the vestiges of materials, bones, and boats in shores and art alike—the calls for responsibility and ecology—could all be heard beckoning for this shift of time focus? This is the time for a heightened civic awareness, focusing on action and responsiveness.

Marrakech is Africa and the Arab world, throbbing all at once. The city lends itself as a site, bare of white walls, to look at art from within the larger continent. Through the biennale, we will examine how art is used formally as a means for cultural resistance, and how ideas ranging from abstraction and minimalism to recycling, junk art, and creative survival technologies are becoming pervasive from past present experiences that occurred there. The biennale looks at the legacies of decolonization, in addition to its failures, as one of the origins that has inspired contemporary art to embrace incendiarism, criticality and radicalism. The biennale’s premise also builds on the intangible, a longstanding history of Pan Afro-Arab & Afro-Asian unity, through critically investigating socio-political projects, cultural partnerships, intellectual provocations, and art movements that have led to many shared artistic tendencies.

Public heritage sites of Marrakech, such as Palais El Badi and Palais Bahia, will witness a variety of works, from installations to site-specific commissions, by a group of international artists, focusing on Africa, the Arab world, and its diasporas. Performances, exhibitions of archives, film programs, seminars, lectures, and conferences will provide for an art structure that looks at and interrogates these cultural commonalities and interlaced relationships.

The Marrakech Biennale 6 will consist of the main exhibition curated by Reem Fadda and assistant curator Ilaria Conti. It will also include interjections by collaborating curators Omar Berrada, Salma Lahlou and Fatima-Zahra Lakrissa. Simultaneously, a selection of Partner and Parallel Projects will also be on view across various parts of the city. 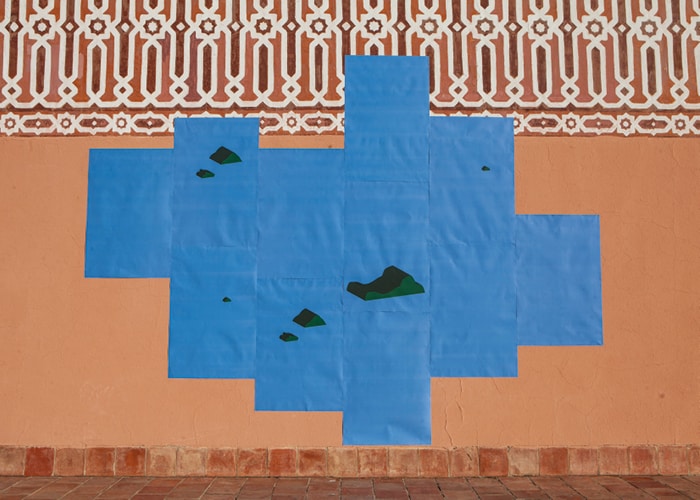 Can & Asli Altay, An Archipelago from the Mediterranean, 2014; Commissioned by Marrakech Biennale 5. Photo: Pierre Antoine

About the Marrakech Biennale

Founded in 2004 by cultural entrepreneur Vanessa Branson to address social issues through the arts, the Marrakech Biennale has become a celebration of creativity in a city that has for centuries been the focus of artistic investigations. An internationally recognized event, the Biennale features a thriving interdisciplinary art program.

For further information about the Marrakech Biennale, visit their website.