in News Articles 2013
Share on facebook
Share on twitter
Share on email
Share on whatsapp
Curator Joseph Gergel on ‘Elsewhere,’ a group exhibition co-curated by Gergel and Caline Chagoury Moudaber, director of Art Twenty One, at Art Twenty One, Lagos. The exhibition ran from 29 June – 10 September 2015.
This article forms part of a new feature in the inaugural September issue of ART AFRICA, ‘Curator’s Insight,’ which provides a comprehensive look into the curatorial processes and thinking behind significant exhibitions across the globe. You will also be able to access this exclusive content in the October Digital Issue (FREE app download here for Apple and here for Android). 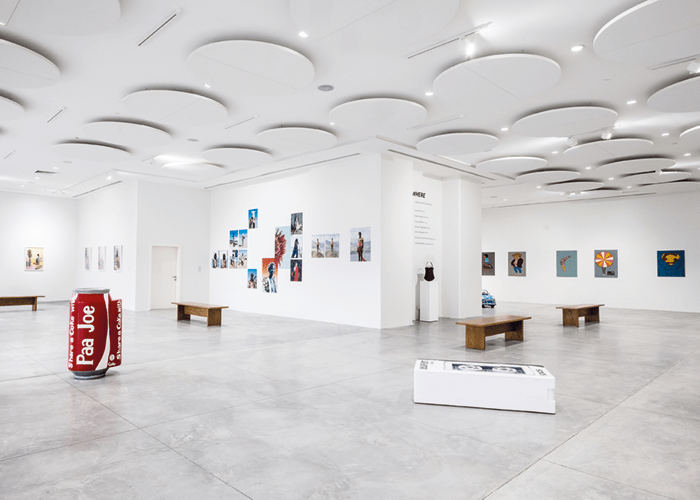 Installation of ‘Elsewhere’ at Art Twenty One, Lagos. Image courtesy of Art Twenty One, Lagos.
‘Elsewhere’ takes the notion of fantasy as its central thematic thread, incorporating a diverse group of artists who explore how myths are defined and articulated across interconnecting cultures. As suggested in the title, this exhibition is first and foremost an exploration of how we define a sense of place; whether physical, virtual, local, or global. Working in multiple mediums including painting, photography, sculpture and collage, the artists in this exhibition define alternative ways of depicting otherness, not rooted in binary oppositions but by instability, fluidity, and assimilation.
It is important to note that while this exhibition was held in Nigeria and took as its starting point the relationship between contemporary African identity and the ‘outside,’ it is not a ‘Nigerian’ or ‘African’ exhibition. The artists in this exhibition are as geographically mixed as the cultural interplay that they speak of, with participating artists connected to countries including Nigeria, Ghana, Senegal, Guinea, Switzerland, Denmark and France. The logic of artistic duo Yarisal and Kublitz’s ongoing series, Surfing the Web Without Getting Wet, reflects how these artists are part of a digitally connected Internet age, where cultural references are easily edited, cropped, adaptable and ripe for appropriation. They are not defined by physical presence or geographic heritage; they are able to access and circumvent the diversity of cultures as never before.
Joseph Eze and Demola Ogunajo’s paintings adopt cultural references that span time periods and geographies. In the ‘Tribal Kings/Tribal Queens’ series, Joseph Eze creates diptych paintings that depict the modern African couple, where tribal marks are paired with three-piece- suits, designer sunglasses and branded logos. Demola Ogunajo inserts a spectacular twist to the routine aspects of daily life, creating mythical characters that include angels, clowns and fashionable urbanites. Pointing to the fact that there is an inherent tension in attempting to define an authentic sense of ‘African’ or ‘Western’ value systems, Eze and Ogunajo’s painted canvases are defined by overlapping histories, artistic genres and social norms.
Namsa Leuba creates a photographic imaginary that explores the signs and symbols of her cultural heritage, from rituals and ceremonies to statuettes and masquerades. Adopting a theatrical approach with careful attention to props, colors and gestures, Leuba’s projects combine an anthropological interest in traditional customs with an aesthetic that is informed by fashion and design sensibilities. In the ‘Fantasy’ series, Abraham Oghobase similarly focuses on the semiotics of the fashion industry, where he photographs his own body amidst the brightly colored backdrops of popular ‘African’ wax fabrics. Referencing the history of foreign made textiles that were targeted specifically to African consumers, Oghobase attempts to maintain his own identity as he navigates through the cultural narratives imposed by external consumer industries.
Paa Joe and Jacob Tetteh-Ashong create figurative coffins in the shape of spectacular objects and forms. Following a tradition of burial rituals and artistic crafts in Ghana, the fantasy coffins represent the aspirations and values of their intended users and are modeled after consumer objects such as cars, sneakers, cameras, mobile phones, and computers. Yarisal and Kublitz explore existential questions of life, death, fertility and reincarnation, combining non-traditional objects found in mass culture that mix together as makeshift relics. Vincent Michéa forms ghostly and anonymous figures in his collages, with shielded facial expressions, skin types, and clothing. Commenting on the incessant overflow of visual information in the context of mass media imagery, Michéa also points to the ‘backtracking’ of memory of his overlapping mediums.
The artists in this exhibition explore the relationship between history and the creation of new imaginaries, ranging from material manifestations of the afterlife to fake artifacts, cultural reconfigurations and performative interventions. They point to the space between clearly defined boundaries, where meaning is produced through their simultaneous associations and junctures. In doing so, the exhibition forms new understandings of ritual, transcendence and belonging that are intimately tied to the signifiers of a global economy. 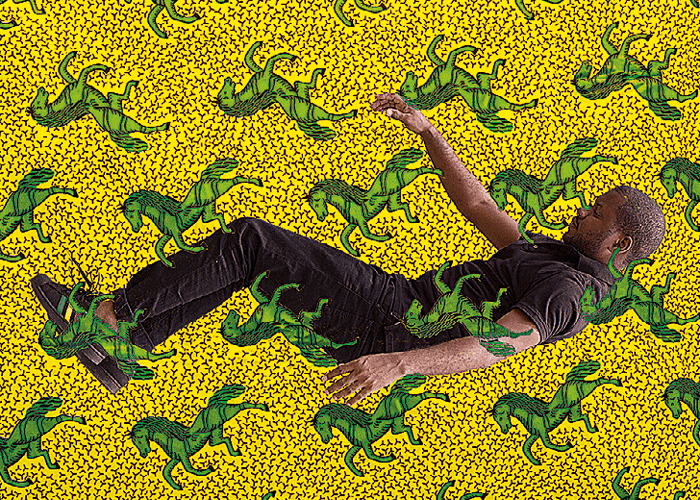 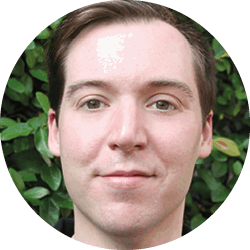 Curator Q&A: Joseph Gergel
ART AFRICA: What new understandings of the relationship between history, memory and the creation of new imaginaries have developed from the exhibition?
Joseph Gergel: The artists in this exhibition show that history and cultural memory can be used for their own purposes and will. In a sense, they are able to re-write history by appropriating its symbols. For example, Namsa Leuba focuses on the visual forms of local traditions in Africa, such as statuettes and masquerades. She then transcends these forms by contextualising them in a contemporary environment, with a distinct visual manner that follows her studies in fashion and art direction. Abraham Oghobase examines the histories of African textiles and attempts a performative intervention with his own body in his photographs. These artists are deeply interested in cultural history, but they use these significations to create something new, in order for the viewer to interpret this history in a different light.
In conjunction with the exhibition, Namsa Leuba, Joseph Eze, Demola Ogunajo and Abraham Oghobase took part in a panel discussion, which you moderated. What additional articulations and points were raised through this discussion?
One interesting point that we kept coming back to in our discussion was the question of authenticity – something that is constantly brought up when speaking about contemporary African art. What is interesting about these artists’ works is how they subvert the notion of authenticity; they reveal the concept of authenticity as a construct. Another issue that we spoke about was the aesthetics of exoticism, as in portraying Africa as an‘exotic’ culture. Many of these artists exploit this idea of exoticism in a very intentional manner, following back to their dismissal of a distinct sense of authenticity.
How important do you think notions of fantasy are in our interconnected global environment? What purpose do you think they serve?
I think that it is refreshing to explore how artists approach fantasy and the creation of new imaginaries because it opens up a dialogue of possibilities. Fantasy allows for ambiguity and free play. It is also very symptomatic of our visual culture today as we are tied to the global technologies that connect us. The concept of fantasy also raises larger questions such as transcendence and re-incarnation, coupled with the mechanisms of desire that are created by consumer industries.
Finally, what feedback can you give us on the Artist-in-Residence programme, running alongside the exhibition and featuring Namsa Leuba, Paa Joe and Jacob Tetteh-Ashong? What kind of work are they creating and how does the residency facilitate their production?
Art Twenty One invited Paa Joe and Jacob Tetteh-Ashong to Lagos for a residency two weeks before the exhibition opened. While all of Paa Joe and Jacob Tetteh- Ashong’s works were commissioned specifically for this exhibition, they chose to create their large-scale aeroplane in situ in Lagos. It was interesting to learn about the cultural specificities of working between Ghana and Nigeria, where there were obstacles in obtaining the similar wood materials they normally use. Ultimately, they were able to adapt to the local materials, and at the exhibition opening, Jacob told me that his father considered it his finest aeroplane. It was also a great experience to have Paa and Jacob present for the final stages of the exhibition. While many of their coffins are buried in Ghana immediately after their creation, they have a sense of pride when their works are viewed as fine art in a gallery setting.
Namsa Leuba joined us for a residency in Lagos a few weeks after the exhibition opened, as she was just completing her graduation with her Masters Degree in art direction in Switzerland. Namsa spent a month in Lagos as she developed a new artistic project, aligned with her earlier work in fashion. This new series incorporates local Nigerian fashion designers and models. Namsa created a studio set inside the gallery, and it was thrilling to see how her visual imaginary unfolds with various clothing, props, and lights. While the nature of our job is normally to work with artists after their projects are completed and ready for exhibition, it was a new experience to see a project take shape from inception.
Joseph Gergel is an independent curator based in Lagos, Nigeria.