ART AFRICA is deeply saddened by the passing of Dr. David Koloane, known affectionately to many as Bra Da, at his home on 30 June 2019, age 81. We offer our sincere condolences to his wife Monica, his family, friends, and the many artists whose lives he touched with his generous spirit and unwavering dedication to sharing his knowledge, skills and passion for art. One of the founding members of the Bag Factory Artists’ Studios, Koloane was a champion for the development of the black art community in South Africa throughout his career of more than 40 years. He is regarded as a pioneer of South African anti- and post-apartheid art and is also revered as a committed educator, curator, arts facilitator, and prolific arts practitioner. 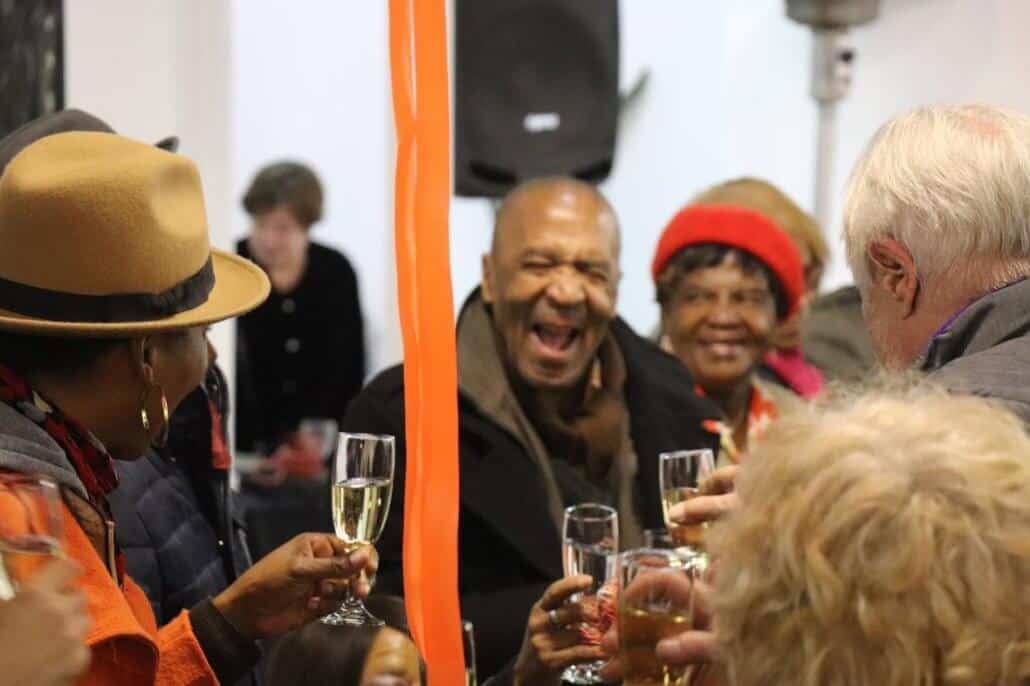 Born in Alexandra, Johannesburg on 5 June 1938, Koloane received his art training from 1974 to 1977 at the Bill Ainslie Studios, which later became the Johannesburg Art Foundation. In 1977 he co-founded the Federated Union of Black Artists (FUBA) Gallery and became its first curator. This was the first art gallery in Johannesburg to provide a space for black artists. Koloane participated in the Thupelo Workshops in Johannesburg the Triangle Artists Workshop in New York, and Pachipamwe Workshop in Zimbabwe, a concept that spread to Botswana, Mozambique, and Namibia. Through a partnership with the London art collector and philanthropist Robert Loder, Koloane was instrumental in establishing the Fordsburg Artists’ Studios (now known as the Bag Factory Artists’ Studios). Founded in 1991, the Bag Factory became an influential studio space which made it possible for black and white artists to work together on a professional level, despite the apartheid legislation of that time. Over the past three decades, the Bag Factory has been guided by Koloane’s ethos of promoting the development of young artists by learning through mentorship and exchange.

In 1985 Koloane was awarded a Diploma in Museum Studies from the University of London and in 2015 he was awarded an honorary doctorate from Rhodes University. His work has been exhibited in South Africa, New York, London, Zimbabwe and Botswana. On 1 June 2019 a much-anticipated retrospective celebrating his work, A Resilient Visionary: Poetic Expressions of David Koloane, opened at Iziko South African National Gallery, presented in association with Goodman Gallery who represented the artist since the early 1990s, and curated by Thembinkosi Goniwe. The exhibition will be shown in Koloane’s hometown of Johannesburg later this year at Standard Bank Gallery and Wits Art Museum.

Through his work, Koloane confronted the urban world in figurative renderings and bold colours to develop a powerful mode of social criticism. His central subject, black life in the city of Johannesburg, is depicted in swirling, swaying, and exaggeratedly executed brushstrokes. His well-known representations of Johannesburg include hybrid individuals such as his iconic mongrel dogs/hustlers, and the results of urbanization: city streets crowded with throngs of commuters and grid-lock traffic, interspersed with the vibrant and pulsing rhythms of jazz, shebeen scenes, community celebrations, and birds in flight. Working in layers of ideas and media, Koloane comments on the emotional resonances of the city in representations that range from the vibrant and hopeful to the grey and melancholic and back again. Koloane’s drawings, paintings and prints recall the forcefully expressionist art of Gerard Sekoto (1913–1993), and the abstract experiments of early mentor Louis Maqhubela (1939–2010) and Sydney Khumalo (1935–1988). His work exemplifies the sensibilities and techniques of expressionist art in South Africa.

Late South African author and friend, Nadine Gordimer, described how “Koloane’s interpretation of urban life has struggled and triumphed in finding different visions and modes, techniques, materials to express the huge oppressions, upheavals, and hard-won freedoms that have been epitomised in our cities’ sprawl. His art is inward testimony. When we receive his painting and drawings we are not merely looking, we are drawn into discoveries about the process and spaces of living. And its endless mystery.”