Join us in following the daily activities of the Johannesburg Pavilion at the Venice Biennale. In this, the daily entry for Day Eleven of the 56th Biennale, Roelof Petrus van Wyk talks about Senzeni Marasela’s performance as Theodora Hlungwane, as well as the graphic drawings of Karo Akpokiere. 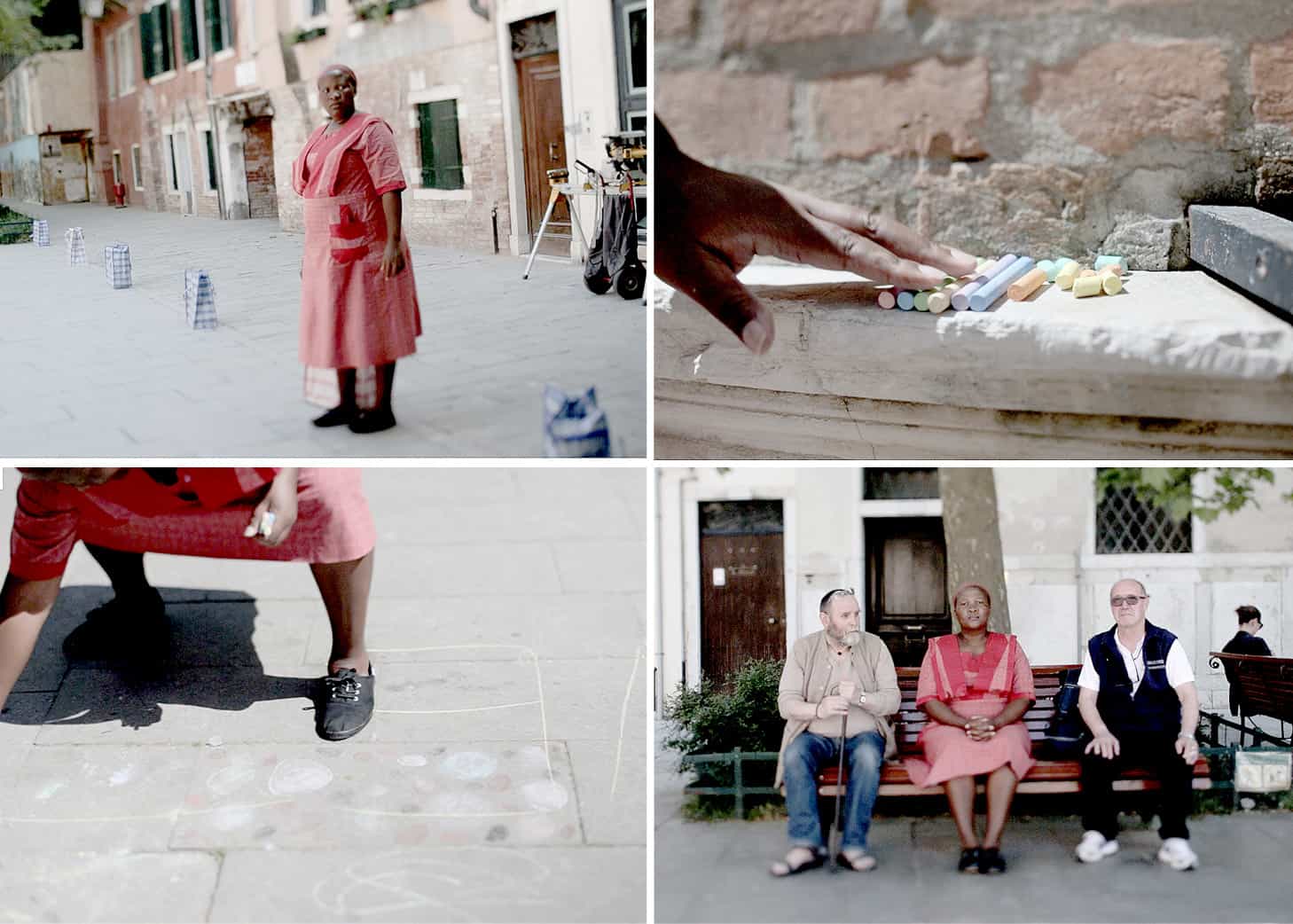 Senzeni Marsela, in character as Theodora Hlungwane, rises slowly from the flagstones of the Campo San Giacomo dall’Orio, host to the ancient church of San Giacomo dall’Orio. The plaza is a very popular social space for residents and children especially, who are constantly drawing and doodling directly on the stone floor with chalk bought from the corner store, and kicking a football into a makeshift goal in a southwest corner.

It’s into this playful quotidian cacophony that Theodora is inscribing herself, and more specifically her home city, squared out by 14 woodblock-filled china bags, Eskhonza Ekhaya, chalk-marked: YOU ARE NOW ENTERING SOWETO JOHANNESBURG. Theodora repetitively traced these newly made, made up borders by walking, measuring, counting and negotiating her place in this strange city where no-one spoke her language. Even conversations in English with old Italian men, seated on both sides of her, at first speaking to each other past her body, became a navigation of misunderstanding.

Karo Akpokiere similarly synthesises the socioeconomic fabrics of Africa and Europe in his new work, Zwischen Lagos und Berlin,which is rooted in an earlier project, Mega City Times,which was constructed asa fictional narrative that unbundles the city of Lagos.

His work on show at the Biennale is a framed collection of graphic drawings based on the visual language of cartoons and comic books, slogan stickers and various hand-written texts that investigate the nuances of social inequalities, the dissolution of dreams and yearnings caught in the friction between tradition and modernity in transforming cities like Lagos and Berlin. His practice is located in the interdisciplinary field of fashion, illustration and graphic iteration, exploding onto any material medium he finds most appropriate for his transported message. 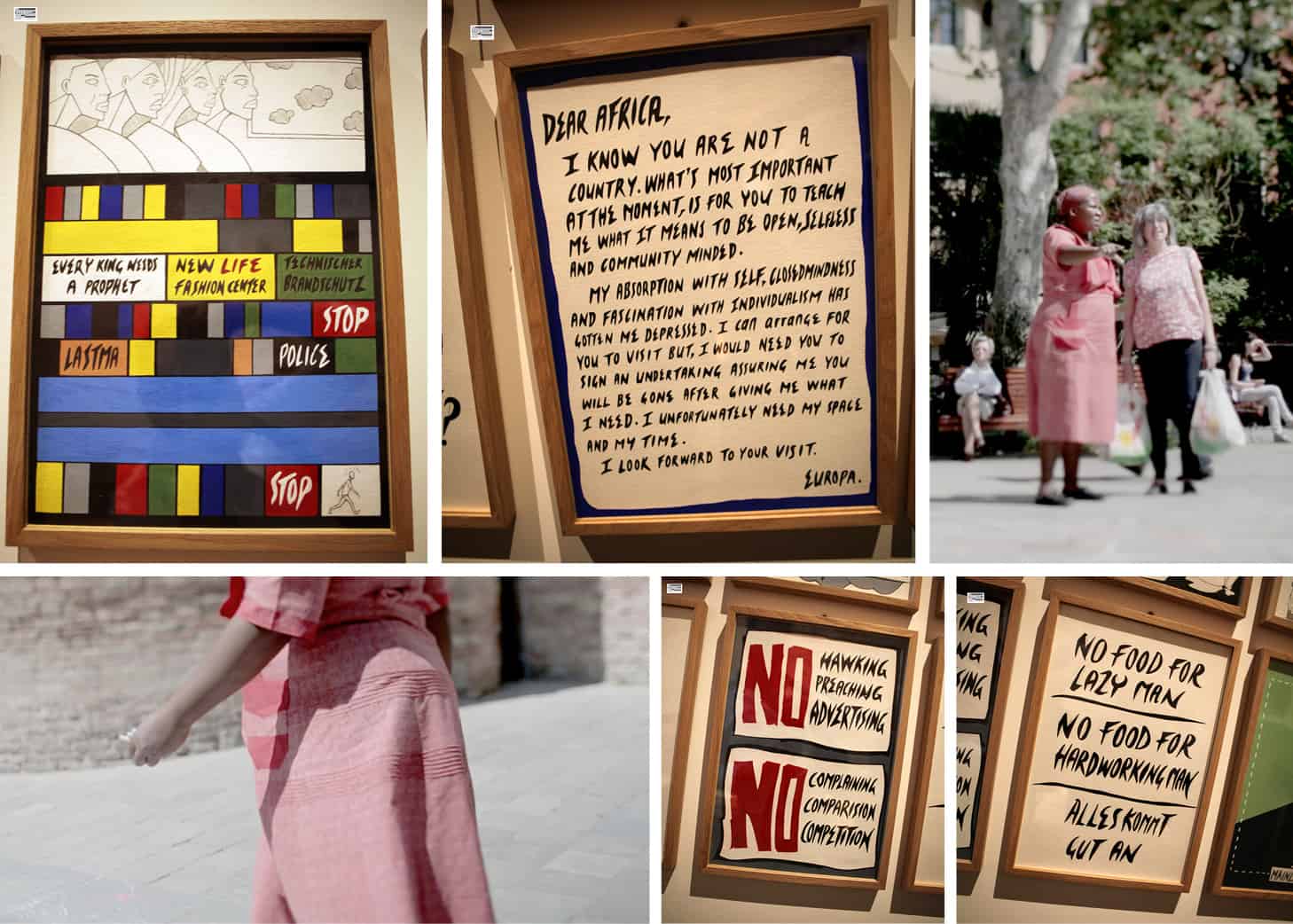