Join us in following the daily activities of the Johannesburg Pavilion at the Venice Biennale. #JP2015 is a programme of Contemporary African Film and Performance Art that is staging an Intervention in the city of Venice, working on the fringes of the official and much-talked-about event. 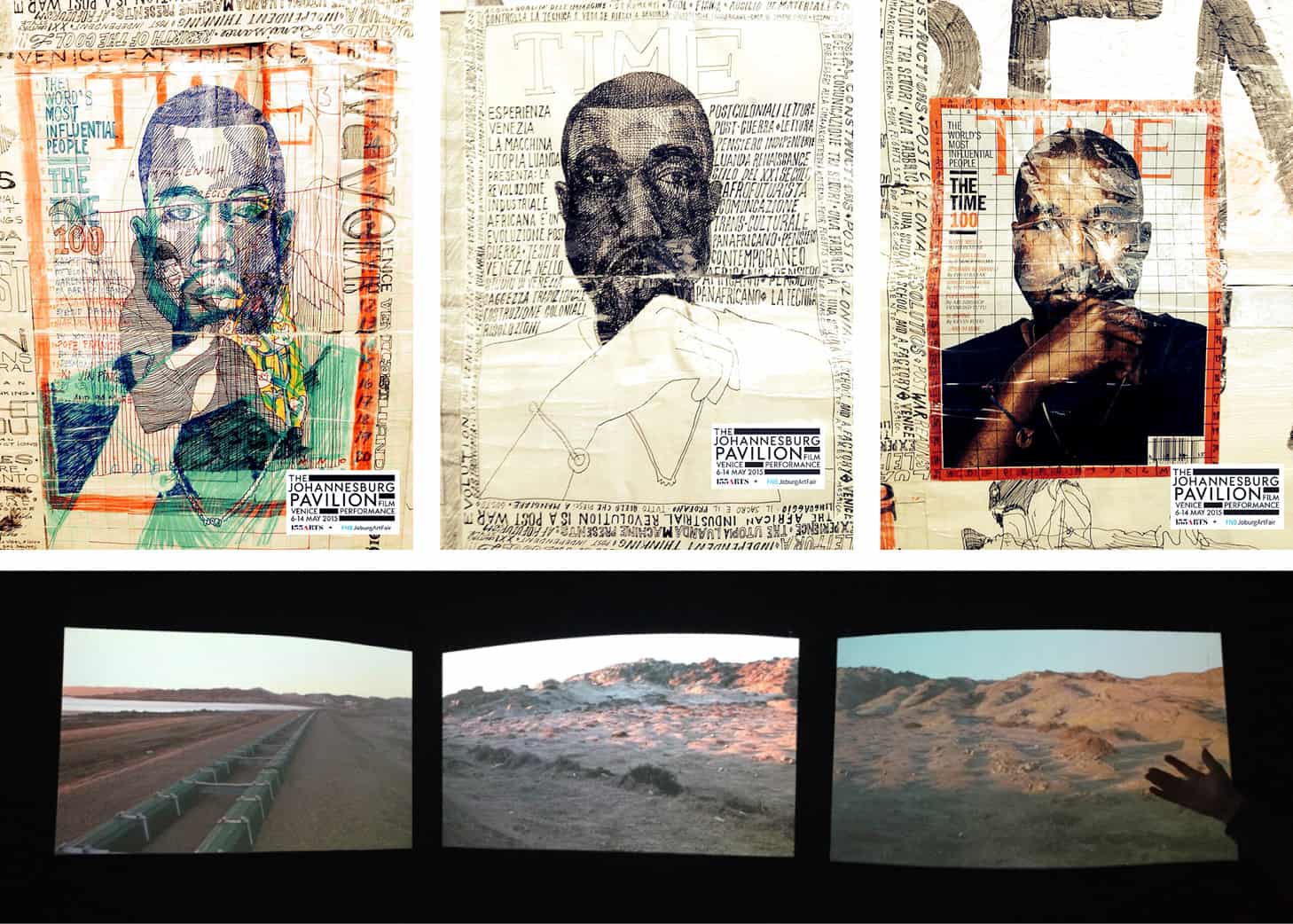 Jazz music fills the balmy Venetian air on a beautiful sun-filled day. A young saxophone student murders Miles Davis’ Freddie Freeloader, one floor down from the Angolan pavilion in the Conservatorio di Musica music school. A collection of pencil and Bic pen drawings by Francisco Vidal, of Time magazine’s ‘100 Most Influential People’ cover image of Kanye West, interface between pop culture and high art. The student’s murderous soliloquy seems an apt soundtrack. Coming off the high of winning the grand award at the previous Biennale with a simple conceptual approach, this year’s presentation is just more cluttered and less memorable.

Neighbouring the Angolans, two film installations meditate on German amnesia in the Namibian Herero Genocide of 1904-1908. Christoph Schlingensief’s film, The African Twin Towers (2005-09) and Nicola Brandt’s video installation Indifference (2014), both explore and exploit with artistic intent the romantic landscape of the Namibian desert, enhanced by a melancholy narration. These films are truly engaging and emotional.

“I was told that as a child, I could speak another language. I forgot this language, and as a consequence forgot myself.” 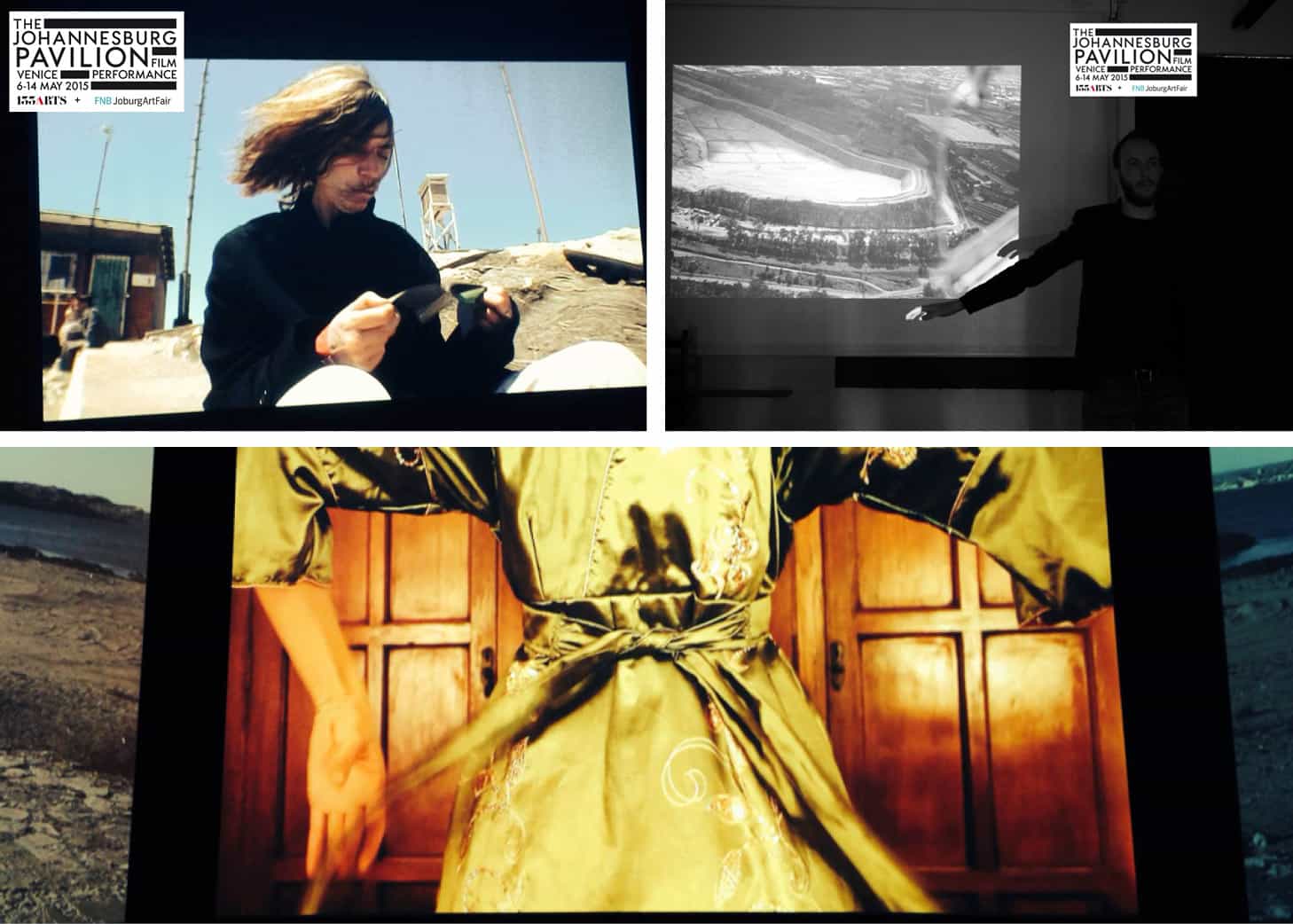 Bettina Malcomess’s film work, the memories of others, has been developed in Johannesburg and, in collaboration with a Venetian actor, furthered into a staged, once-off, double performance in an existing artist’s workshop. The piece originates from archival footage of the ‘Great African Air Race,’ which started in the United Kingdom and ended in Johannesburg during the British Empire Exhibition of 1936. The race was a failure, with only one plane making it to Johannesburg and three fatal accidents en route. The race imagines the African continent as a single territory over which an essentially abstract, colonial movement takes place as if across a map – from Portsmouth to Cairo to Khartoum to Johannesburg.

All of these works interrogate the surface of the continental landscape, reading or revealing, or simply covering it.