in News Articles 2013
Share on facebook
Share on twitter
Share on email
Share on whatsapp
Join us in following the daily activities of the Johannesburg Pavilion at the Venice Biennale. In this, the daily entry for Day Five of the 56th Biennale, Roelof Petrus van Wyk gives us a glimpse of Athi-Patra Ruga’s much anticipated performance of The Elders of Azania. 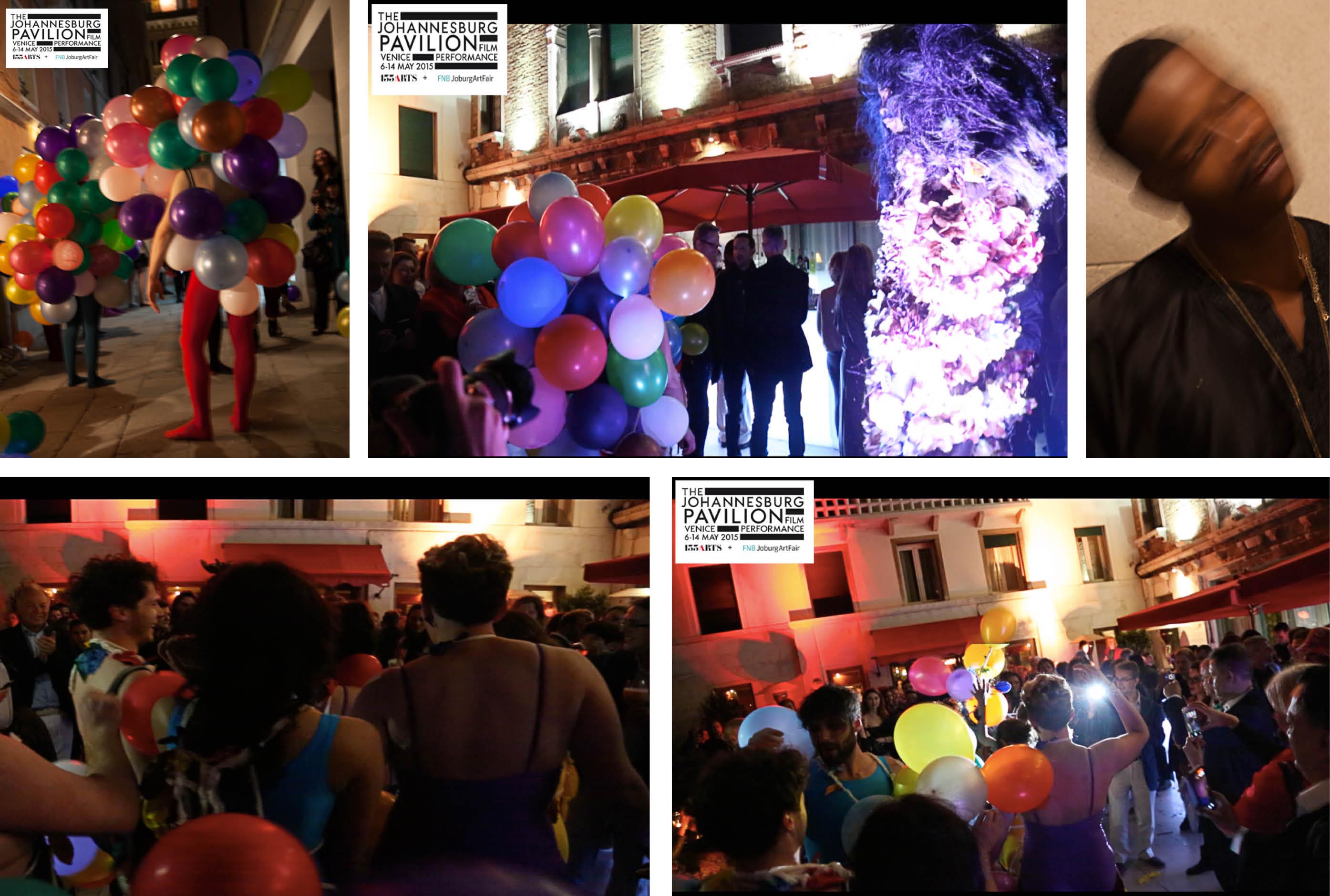 This One Night Only performance was anything but banal.

Ruga, along with ten Venetian artists, began rehearsing a week in advance of his opening performance – furthering the collaborative nature of the Johannesburg Pavilion by engaging with local artists, mostly excluded (through their practices) from the high-profile event down in the gardens. During rehearsals, carefully choreographed first steps quickly grew into fluid movements. Instructing and cajoling a group of strangers (originating from France, Turkey, Canada and the U.S.A, along with the Italians) in the other Queen’s language takes a special kind of teaching skill – generously supported by laughter, the waving of arms and sheer Athi willpower.

The guest list, already bursting at the Excel spreadsheet seams, received a barrage of panicked last-minute ‘URGENT’ attempts from ‘VVVIP’s via Whatsapp, Messenger and desperate emails in an attempt to breach the Bauer Hotel’s security barrier. The former Russian security agent at the glass doors eventually resorted to manhandling a very, very (very) important German curator – who then proceeded to steam off via an angry group email tantrum. Never write an email when you are angry, kind sir.

Traveling across the Grand Canal in an LED-lit balloon, Ruga and his entourage arrived quay-side, accompanied by a wondrous film especially made for this installment of the Future White Women of Azania series of performances. The voice of the artist boomed over the sound system, reciting: “Queen and Autocrat of All Azania, of Saint Alexandria, Johannesburg, Pretoria, Sacred Queen of Maseru, Sacred Queen of Lobamba…”

Pushing through the crowd, followed by large balloon-festooned bodies, Ruga lead an exhilarating circular live-art performance, ending in reams of floppy, deflated coloured neoprene pochettes, tightly wrapped around the leotard-clad performative bodies elevated on silver glitter-glued high heels. The crush at the marble steps upfront subsided only when Ruga exited the building, stringing along a row of glowing performers into the dark alley of Harry’s Bar for a well-deserved swig of chilled champagne among high-fives and blistered little toes.