Join us in following the daily activities of the Johannesburg Pavilion at the Venice Biennale. In this, the daily entry for Day Seven of the 56th Biennale, Roelof Petrus van Wyk provides an overview of the work of Issac Julien. 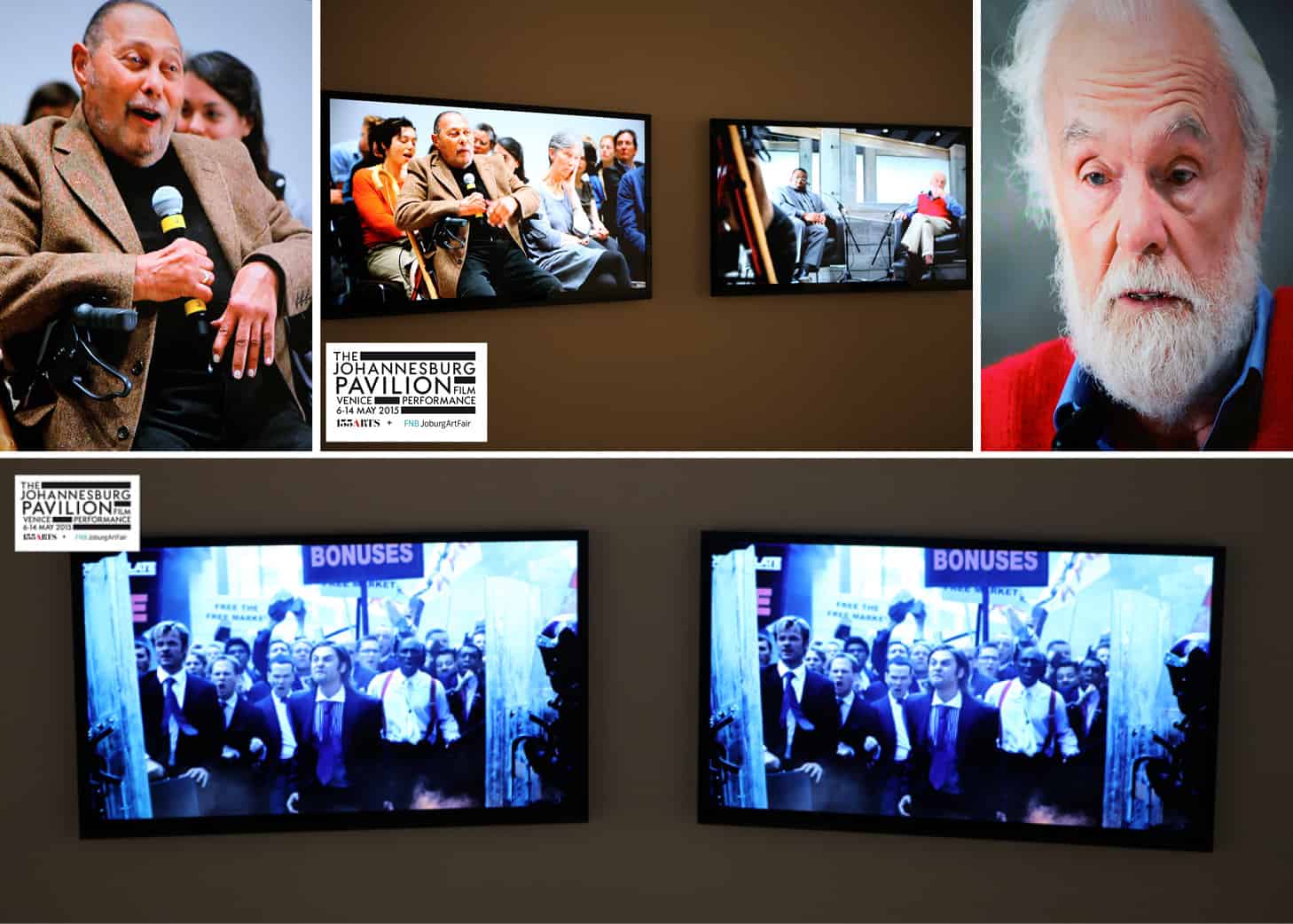 Isaac Julien’s work, KAPITAL (2013), is the filmed documentation of a conversation the artist had with David Harvey – author of The Enigma of Capital, Professor of Anthropology and Geography and prominent in geography as a modern discipline – at the Hayward gallery in 2013. Other notable professors in the two-screen film installation are Irit Rogoff, Professor in Visual Cultures with a focus on Geography, and Stuart Hall, a professor emeritus, cultural theorist and sociologist dealing largely with race and gender, who sadly passed away in 2014.

PLAYTIME, a multi-screen installation by the artist, is not exhibited here but explores exactly this ‘making visible’ of the effects of capital through the relationship that five characters – The Art Dealer, The Houseworker, The Artist, The Auctioneer and The Reporter – have with capital through the art world. The individual films are set in two of the playgrounds of the rich; London and Dubai, and a third city, Reikjavik, which was hit first by the 2008 global recession. Some of the rhetorical questions the films explore are:

What commonalities and differences are there between the capital of today and that described by Marx? How does capital relate to the art market and what effect does it have on art’s attempts to depict capital and its effects?

The films are highly aestheticised and polished, but don’t really ask difficult questions, especially about the (disruption of) flow of capital into the pockets of the art world’s financial engineers. It also feels as if the esteemed audience members in the films, including Harvey, are used as props (why did they agree in the first place?) to feign a critical enquiry of the subject matter, in a play-play way.

Maybe the same can be said of this year’s Biennale, where the word ‘Futures’ refers to a contract between two parties to buy or sell an asset for a price agreed upon today, with delivery and payment occurring at a future point. However, this process allows for massive speculation – i.e. where a financial trader will predict the movement of a specific price – that will result in yielding a profit for the investor.