It is a tempestuous morning in Jeppestown, Johannesburg, as I make my way to meet Bogosi Sekhukhuni. The weather chooses to play into the indecisive mood, constantly changing like the inner city itself – an architectural and social face that shifts continuously between corporate banking houses, gentrified social spaces and industrial warehouses. I look up at the ABSA tower, the clock reads 10:23. I hurriedly make my way down Fox Street in Maboneng, turning into Arts On Main where Sekhukhuni sits, isolated from everything and everyone on the street below. Having known Bogosi through URL spaces for some time via Tumblr, for the first time in a long time we now get to construct dialogues IRL (in real life). I apologise for being late and explain that my cellphone broke. He laughs, smiles broadly and tells me “It’s fine, cellphones give you cancer bro.” An interesting comment considering Sekhukhuni’s artistic fascination and advocation for all things digital.

2015 has seen Sekhukhuni participate in multiple collaborative driven projects; exhibiting alongside the CUSS group (who work primarily in digital art) at the Goodman Gallery Johannesburg’s ‘Post African Futures,’ as well as with NTU, a group that was founded by Sekhukhuni (together with Nolan Oswald Dennis and Tabita Rezaire) in an attempt to enhance intersubjective virtual user possibilities, seen during the exhibition ‘CO-WORKERS’ at the Musée d’Art Moderne de la Ville in Paris. Sekhukhuni was also included in the 89Plus panel discussion Nouvelles Expériences en Art et Technologie at Foundation Cartier, Paris. 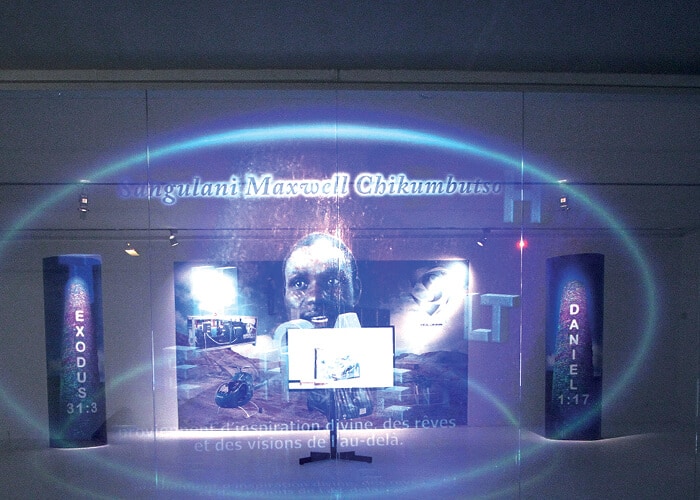 Bogosi Sekhukhuni, THUS SAITH THE LORD, 2015. Print and video. Courtesy of the artist.

In and amongst all this Sekhukhuni has been working on establishing his studio practice which is housed by a network, called ‘Open Time Coven’ – “a visual culture bank and research gang” he founded with fellow artist Nolan Oswald Dennis. The Coven was established when he and Dennis shared an apartment, with the two deciding to convert their home into a popup studio space. Sekhukhuni is however temporarily grounded, having recently won a year-long residency at the Bag Factory in Johannesburg.


The residency will provide Sekhukhuni a space in which to engage and experiment with new, individualised ideas around the ‘post-Internet,’ removing himself from aesthetic conversations and an obsession with the image, which is heavily influenced by European philosophies. With a viewpoint inspired by mythology, he provides an entry point into what the future might be for both the black body and himself, through channels that are accessible and recognisable. Sekhukhuni is not critical of the Internet as a technology but rather with what people choose to do with it. His work revitalises what black bodies have been doing for millennia, namely creating communication networks of people – a concept which has been explored spiritually by the Khoisan, shamanic and countless other tribes – with an approach that augments one’s sense of self – an extension of the soul. 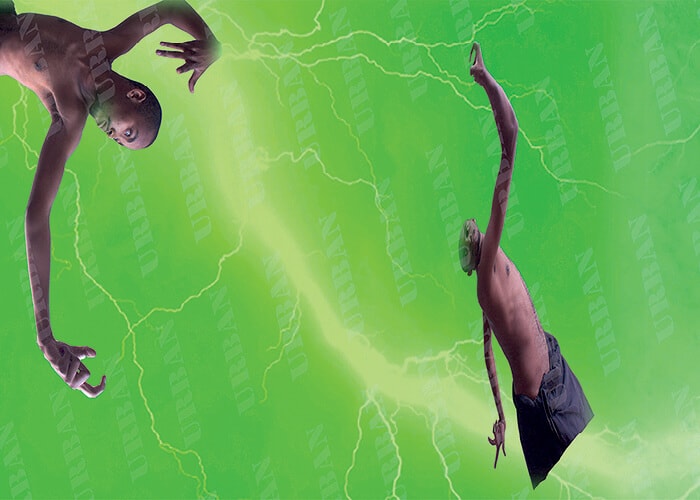 Sekhukhuni makes a point that the promise of virtual reality is the understanding that our physical reality is in itself a virtual reality. Whilst studying at the University of Johannesburg, Sekhukhuni became frustrated with the curriculum and sought alternative means to inform and educate himself in a manner that was relevant as a young black male art student. The Internet became his lecture hall; a rich democracy of information that allowed him to manifest and engage with his ideas. Upon reflection Sekhukhuni notes that the first time he realised his potential as an artist was during an acid trip in 2012 while studying. “My computer screen tried to suck me in, and I knew then and there, it was a self-actualisation moment. An unbreakable relationship was formed between both realities. I did not need recognition from anyone else. I knew I had it.”

For Sekhukhuni, the act of self-awareness is the first step to maintaining a sense of authenticity or as he puts it, a way to “force myself to face myself.” Opposing the branded, traditionalised ideas of mainstream contemporary art, Sekhukhuni’s work speaks directly to the human condition. Here he notes that the relationship between the current black consciousness movement occurring within the youth and the advancement of technology is no coincidence. In many regards, the sentiment is empowered by what the Internet offers – a global village and the ability to view movements across borders. Sekhukhuni’s obsession with archetypes has allowed him to create a dialogue for himself. His work creates a platform for his peers to contribute to the conversation, seeking no validation other than the self, creating a legacy of knowledge and a narrative of young black bodies imagining and actualising their realities. “It is inevitable that the black body will have a role in history,” he says. 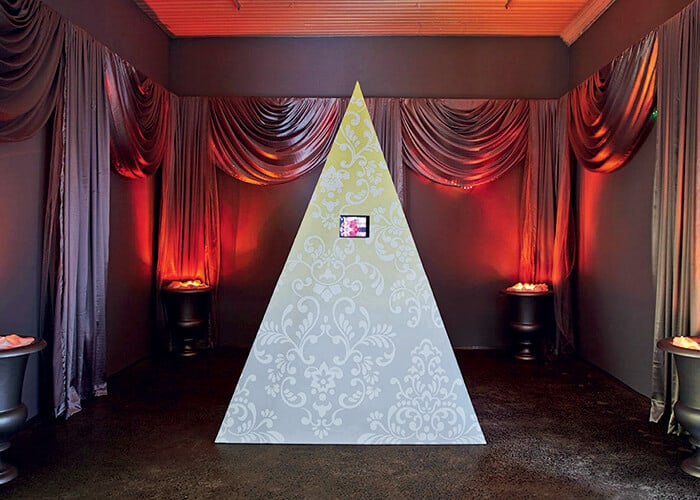 
As we sit in the midday sun against a backdrop of high-rise buildings covered in smog, laced in litter and bodies moving to stay afloat, I ask him what his daily motivation is to create and explore. His response; “This is all I got.” And in that moment I know that what he refers to is the powerful mind that resides within and far beyond this reality.