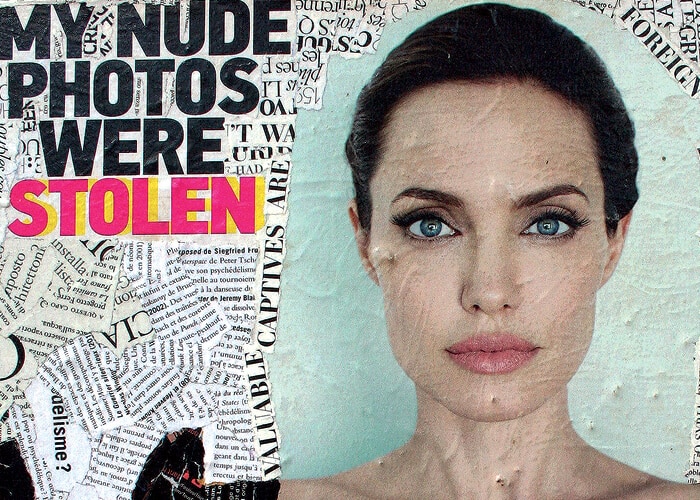 While many artists in Kampala tend to concentrate on creating art with a touristic message – selling to tourists and the white expatriate community living within the city Eria Sane Nsubuga’s paintings are politically charged. His tendency to work with subjects and themes like neo-colonialism, racism, aristocracy and consumerism evokes a political message in his art that stimulates debate on issues that many artists are too intimidated to tackle.

‘Abanene,’ Sane’s solo exhibition held at Afriart gallery, Kampala in 2013, epitomised entirely this visual imperative. Making free use of artistic parody, satire and wit, Sane showcased images of Uganda’s political elite with large bellies and buttocks – a recognisable symbol of corruption and wealth in Uganda today. The word Abanene loosely means power and authority in Luganda, a local dialect in Uganda. These caricatures, especially that of a particular politician from western Uganda who is so fat that he couldn’t fit in his chair, render visible the prevalent syndrome of corruption that is gnawing Uganda’s socio-political set up. For the public, the exhibit became a mediumto name and shame political figures that areknown to be stealing public funds and usingthem to enrich themselves (certain worksillustrated recognisable faces of Uganda’spolitical elite). 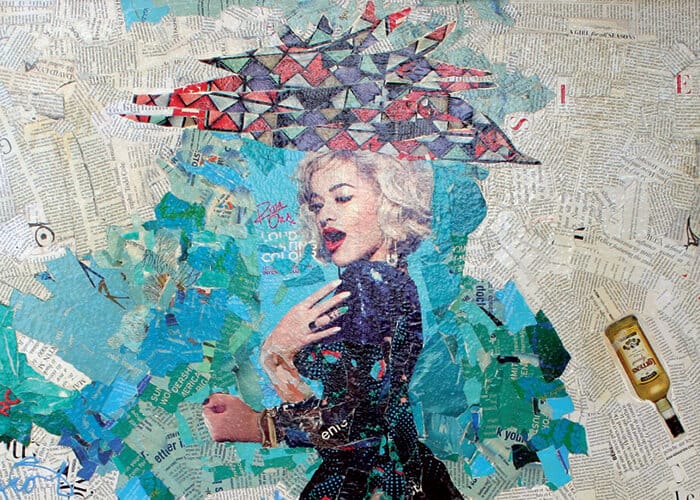 Such freedom of expression reverberates in Sane’s ‘Black Face White Masks’ exhibition that ended recently at Afriart gallery. As before, Sane is vocal with his political sentiments and message. ‘Black Face White Masks’ explored the concept of decolonising Africa and probed the effect of consumerism on ‘the black continent’, while asserting the danger of capitalism on under-developed economies. The practice of borrowing the teachings of revolutionary figure Frantz Fanon and employing Western fashion models and celebrities within his paintings reflected clearly the artist’s characteristic of research and experimentation within his work. Sane had never before used cut outs from fashion magazines such as Vanity Fair or Cosmopolitan. Works of previous exhibitions included the use of cut outs from local dailies such as The Daily Monitor, New Vision and Bukedde as paper collage for his paintings.

The shift from local to international print mediums did more than simply emphasise the effect of consumerism or capitalism on black Africans. The words “MY NUDE PHOTOS WERE STOLEN,” pasted on a collage painting that features socialite Angelina Jolie, symbolises the age of sextapes and pornography that now dominates social media. The inclusion of icons such as these also shows the artist’s motive to reach a global audience through his work. 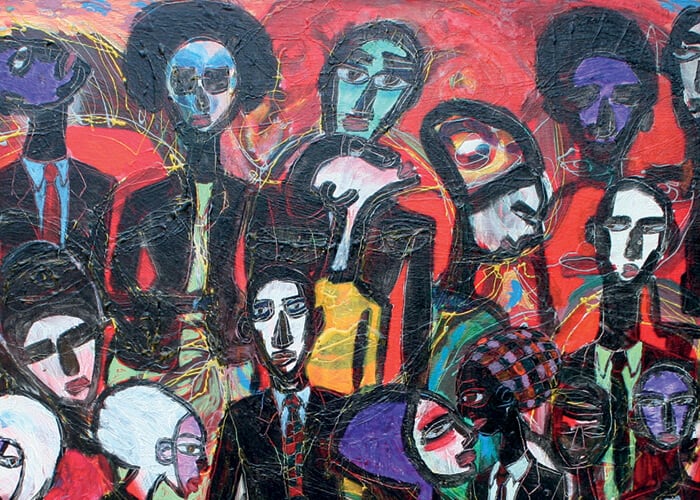 It has always been Sane’s priority to reach as many audiences as possible through his art. In 2014, he collaborated with the non-profit organisation History in Progress, Uganda (HIPU) on a project entitled Ekifananyi at the Academy Minerva in the Netherlands. HIPU is an organisation that documents Uganda’s political and social history through photography. Images, reflections and objects operate as themes for the project, and enable the artist to research and discuss the central role played by images in communicating the truth about the continent. According to the artist, photography exists as a medium to liberate black Africans: “I look at pictures that History in Progress and Andrea and Canon Rumanzi show as a serious, innovative way to look critically at black history,” writes Sane in his essay, Images, Reflections, Objects published in Startjournal.org in March 2015.

Sane’s work has a tendency to transcend traditional boundaries – an aspect lured into his art as a result of intensive innovation and experimentation. His forte of linking Christianity to art has set him apart from many contemporary artists who believe that there exists a contradiction between the two. A self-confessed Christian, Sane finds delight in adopting Christian imagery into his artworks in order to assert his religious beliefs and portray biblical themes that have inspired artists throughout European art history. Christ at Golgotha (2013) is a painting that was inspired by the death of Jesus Christ on the cross – a subject similarly employed by European modernist artist Romare Bearden in his painting of the same title, in 1945. Sane’s underlying motive in painting this Christian story was to conjure and reinforce his dominant artistic narrative on racism and colonialism. His composition of a black Christ stretched on the cross instead of the familiar white figure stimulated debate on how the west is calculative in propagating racist ideology, and how black Africans have perpetually been sidelined in global history. 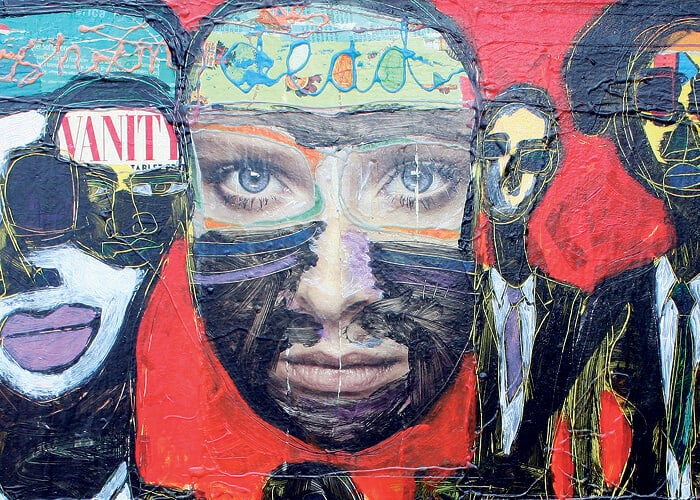 This academic artist – currently teaching in the department of Fine Art at UgandaChristian University, Mukono, holds the edge in his young artistic career. His ability to fuse academic research with his mastery of skill and technique within the studio enables him to push the boundaries of traditional presentations and understandings of art. With such a departure from the tradition, Sane’s paintings continue to be a viable tool to interrogate the excesses of the political elite on the continent, and to question the existence of capitalism as a vehicle for Africa’s economic and social prosperity.

Dominic Muwanguzi is the editor of Startjournal.org, an online journal on visual arts within East Africa and across the continent. He has previously contributed art articles to Uganda’s dailies like New Vision, The Daily Monitor and presently has an art column in The Independent Magazine Uganda.