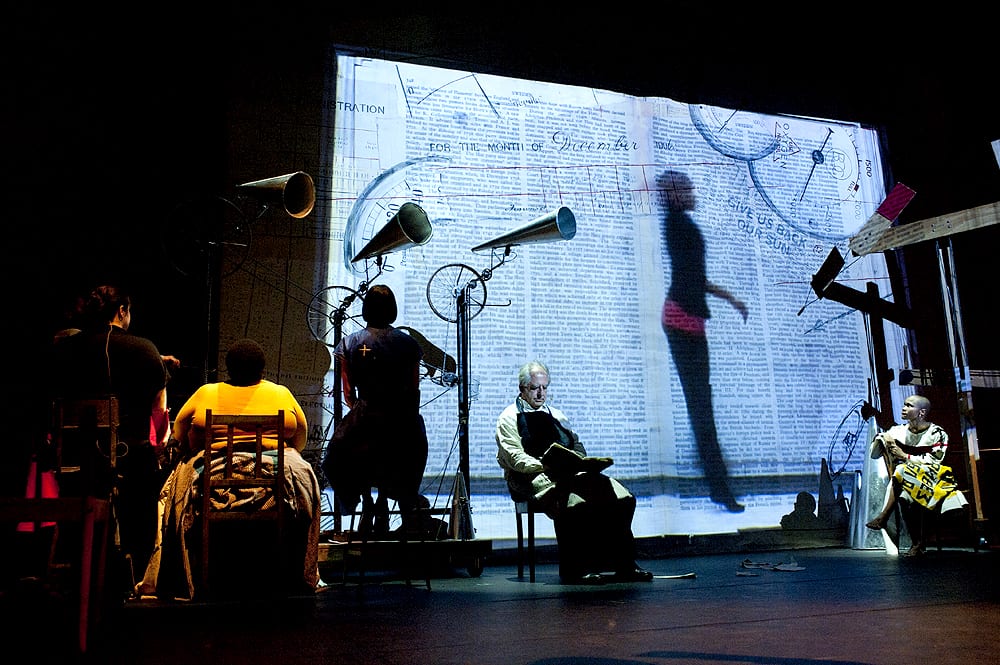 From 26 to 28 February 2015 the Cape Town City Hall auditorium will become the backdrop to the South African premiere of William Kentridge’s multimedia performance Refuse The Hour.

Described as “an aesthetic and philosophical stage dream” this engrossing performance allows the viewer to experience Kentridge’s art, thinking and process in a singular, evocative way.

He interweaves an astonishing range of visual and sound languages into an engrossing 80-minute performance with a discourse from the artist himself at its centre. The chamber opera is a multi-layered experience that includes dance, performed and choreographed by Dada Masilo, an original score by Philip Miller, video by Catherine Meyburgh, mechanical sculptures, vocal performance and narration. 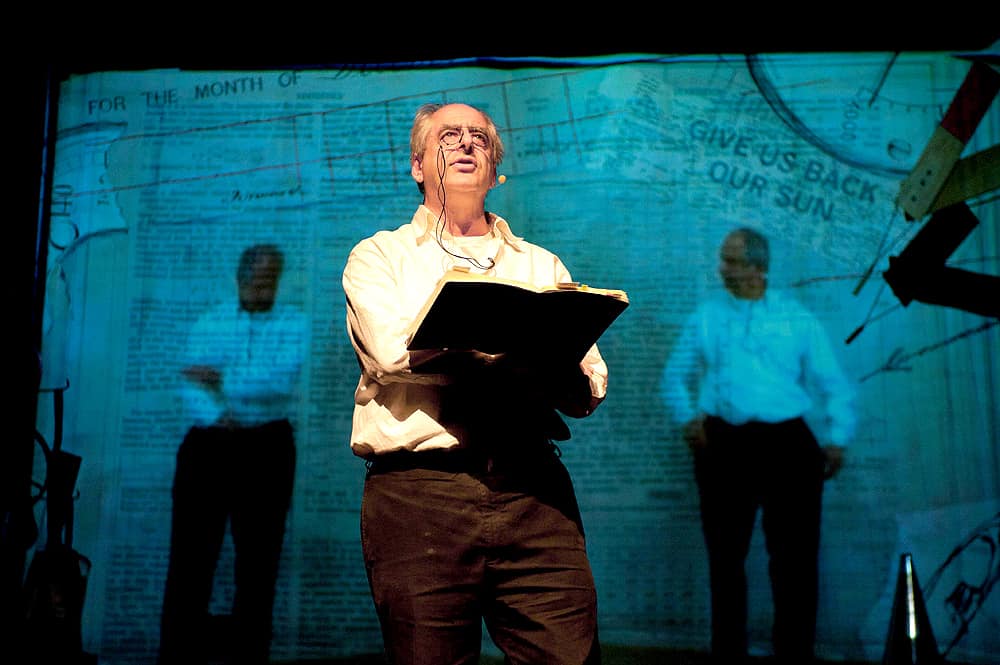 The artist delivers a lecture or narrative, which begins with the ancient Greek myth of Perseus and ends with Einstein amidst a Dadaist pandemonium of sounds and images. An international cast of twelve including dancers, musicians, performers and vocalists accompany him on his journey to the limits of science, ontology and cosmology, combining performance, theatre, opera, contemporary dance, visual installations and video projections in an evocative and unforgettable experience.

Refuse the Hour is a theatrical accompaniment to a 5-channel video installation, The Refusal of Time (made in collaboration with Philip Miller, Catherine Meyburgh and Peter Galison), presented by the Goodman Gallery in association with Design Indaba at the Iziko National Gallery in Cape Town from 19 to 28 February 2015.

“Design Indaba is delighted to present the South African debut of William Kentridge’s masterpiece,” says the founder and CEO of Design Indaba, Ravi Naidoo. “This is just one of several projects that Design Indaba is currently supporting as we increasingly shift our focus from just providing a platform to being an enabling cultural producer.” 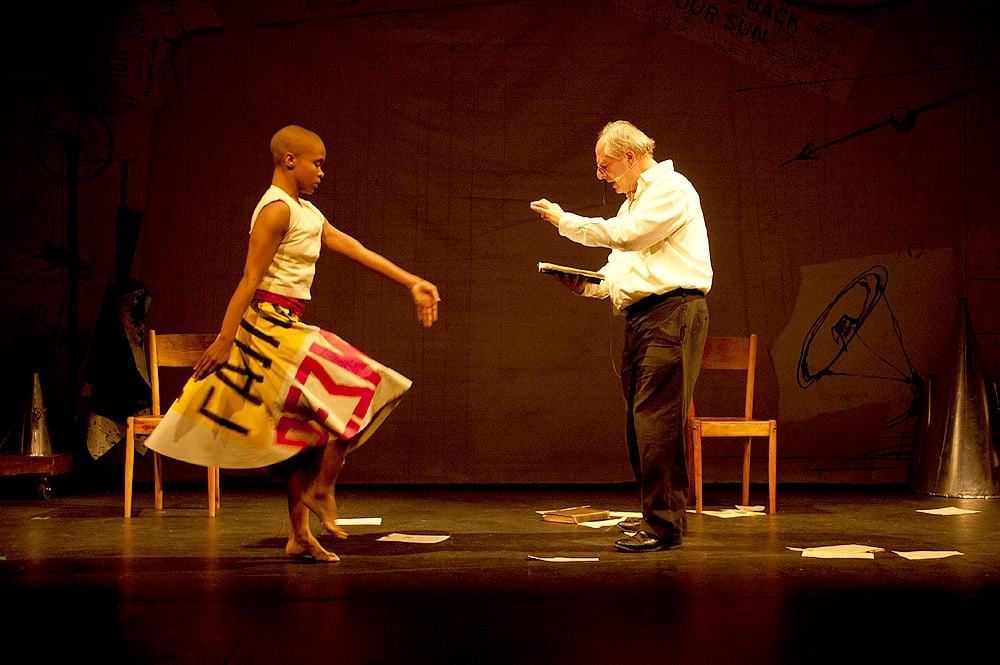 Seats for each performance are limited to 500.

For updates and news about the Design Indaba Festival go to http://www.designindaba.com/festival or follow us on Twitter @DI_Festival and @designindaba