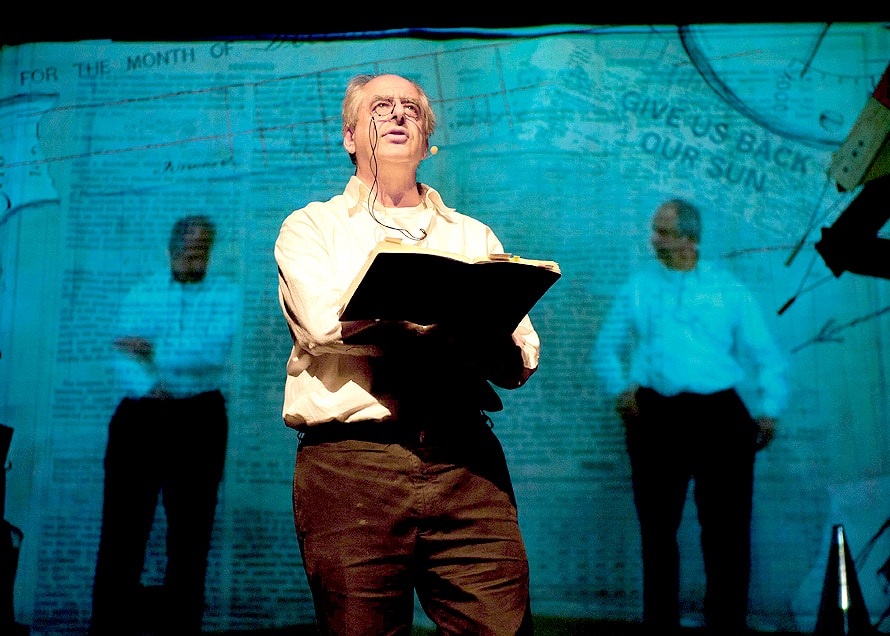 Design Indaba Festival 2015 will offer you an opportunity to step inside the mind of William Kentridge, one of South Africa’s best-known living artists. Kentridge’s work is in demand by major institutions and festivals all over the world. He has exhibited at the Museum of Modern Art in New York, the Musée du Louvre in Paris and Documenta in Kassel, Germany, amongst others and has presented his productions at venues such as La Scala in Milan, The New York Metropolitan Opera and Carnegie Hall.

Going back as far as the late 1980s, he drew international attention with his signature animated films using charcoal drawings that explore the history and social landscape of South Africa and dealt with subjects such as Apartheid and colonialism.

The lineup of events at Design Indaba Festival 2015 includes the following:

Kentridge will give a performance lecture about his work on stage at Design Indaba Conference 2015.

Refuse The Hour, a theatrical accompaniment to The Refusal of Time Exhibition, will be staged at Cape Town City Hall for three nights only from Thursday 26 to Saturday 28 February.

The chamber opera, a collaboration with Peter Galison, is a multi-layered experience that includes dance performances and choreography by Dada Masilo, an original score by Philip Miller, video by Catherine Meyburgh, mechanical sculptures, vocal performance and narration.

Watch a clip of a previous version of this  performance here.

Iziko South African National Gallery in association with the Goodman Gallery will host the exhibition The Refusal of Time ­ a collaboration with Philip Miller, Catherine Meyburgh and Peter Galison ­ from 26 February to 21 June 2015.

Visitors can wander through an immersive installation of five synchronised video projections with moving sculptures and a layered soundscape. The exhibition includes four megaphones around the room that emit different sounds and a large breathing machine at the centre of the room.

Kentridge will speak with his brother, Matthew Kentridge, about “The Soho Chronicles” films and the book that Matthew recently authored on the subject. The presentation will take place in the Events Arena at Design Indaba Expo on Saturday, 28 February, from 15:00-16:00 and will be followed by a book signing.

For more information, and to book tickets, have a look at the Design Indaba website.