Between the Devil and the Deep Blue Sea 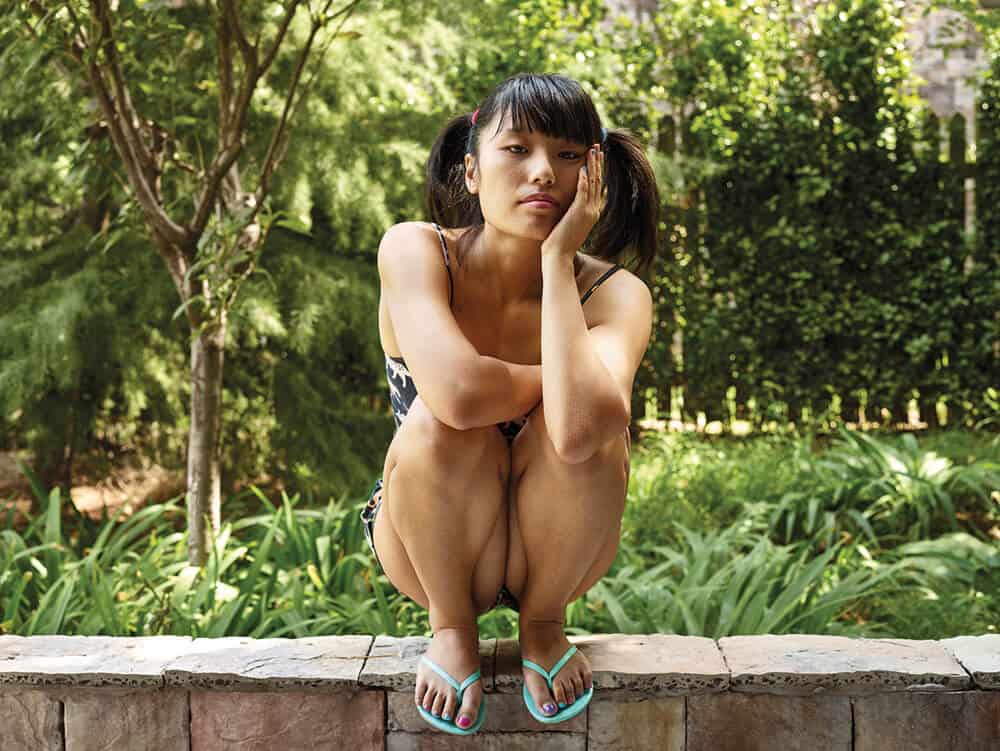 At the Kunstmuseum in Wolfsburg, Germany, Pieter Hugo, at 40, is presenting his first mid-career retrospective. The scope and reach of the exhibition is astonishing – spanning photographs taken across the African continent, the USA and China. What connects these photographs is Pieter Hugo’s ability to convey the irreducible – what makes us human.

These are not identikits or iconic placeholders, but images which cut through the reductive consumption and representation of human bodies; bodies irreducible to colour, caste, age, or nation. Their liberty lies in the singularity of their yearning.

And yet, pervasively and mistakenly, Hugo is accused of predation and voyeurism. My view, however, is that he is anything but. The desire to frame Hugo’s images in such a compromising way has everything to do with our inability to view and receive a human being outside of some preordained grid – black/white, man/woman, rich/poor – ad nauseam.

While these grids persist, it does not follow that we must wholly subject ourselves to them. Hugo’s Californian Wildflowers and Flat Noodle Soup Talk, showcased here are from his book accompanying his retrospective exhibition, are exemplary instances of a quest for singularity. It is worth remembering Diane Arbus’s words here:

“Nothing is ever the same as they said it was.

It’s what I’ve never seen before that I recognise.” 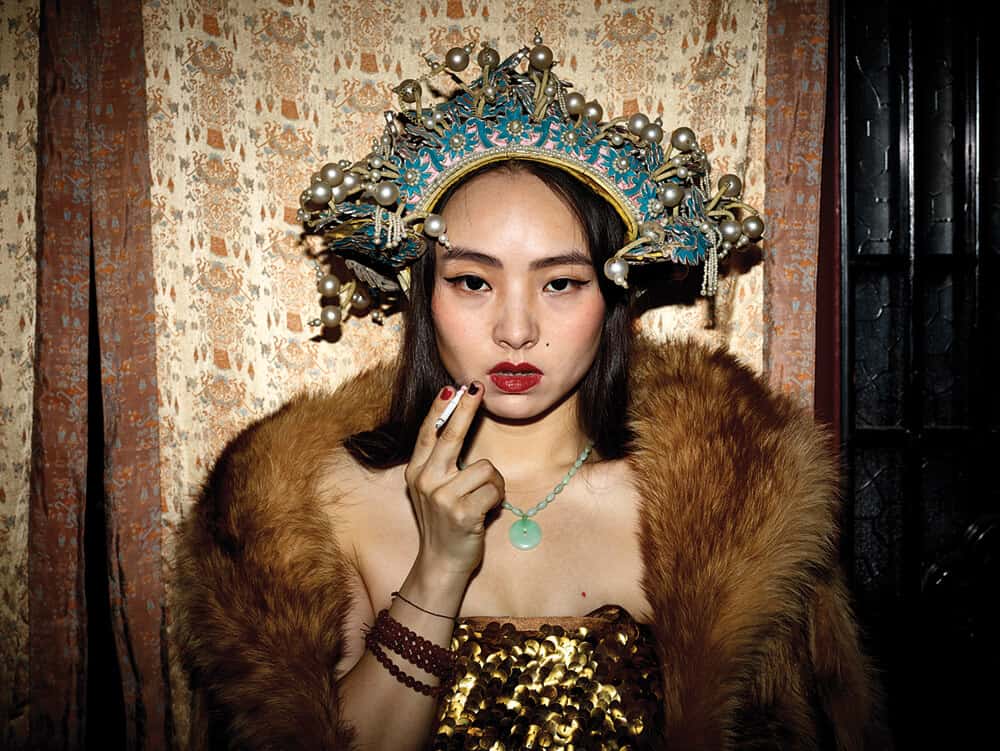 These photographs were taken in Beijing during a monthlong residency. Prior to visiting China I had no real sense of this vast country. China had never formed part of my longterm plans or interests. When I was invited to participate in the residency, I decided to go almost as a challenge to my lack of intrigue. I treated it as an experiment. I loved Beijing: its people, its cuisine, its scale. It is huge and frenetic in a way I have never encountered before. Its massive crowds have a way of amplifying one’s sense of being an outsider – making it the most existential place I have ever experienced, especially since no one speaks English.

I started the project by discreetly spreading the news that I wanted to make family portraits. Through this process I met someone who became my access point into Beijing’s younger, brasher side. My photographs focused on the contrasts or juxtapositions that animate present-day China. They include portraits of an older generation of people who grew up under the revolution and made incredible sacrifices for the country, alongside portraits of a younger generation – most of them art students – who have grown up in a post-revolutionary consumer society which is highly constrained and mediated by the state. Consumerism has become a religion for the youth, as well as a way of directing their alienation. In a way, Beijing now is similar to what I imagine the US must have been like before AIDS in the early 1970s. I was struck by the remarkable decadence compared to what I am used to.

The project includes a variety of still lifes. There is something melancholic about them, partly because they suggest the 17th century Dutch genre of the vanitas painting. There are also elements of small-scale urban decay. They allude to the fractures and social façade of a country that is slowly emerging into political and social openness. Beijing reminded me of Musina, not in any physical way, but because of the superimposition of two competing or contested realities onto a single space. I see it as on a par with all my other projects. Here, in Africa and elsewhere, I want to photograph evidence of the fragility and vulnerability of the inhabitants. 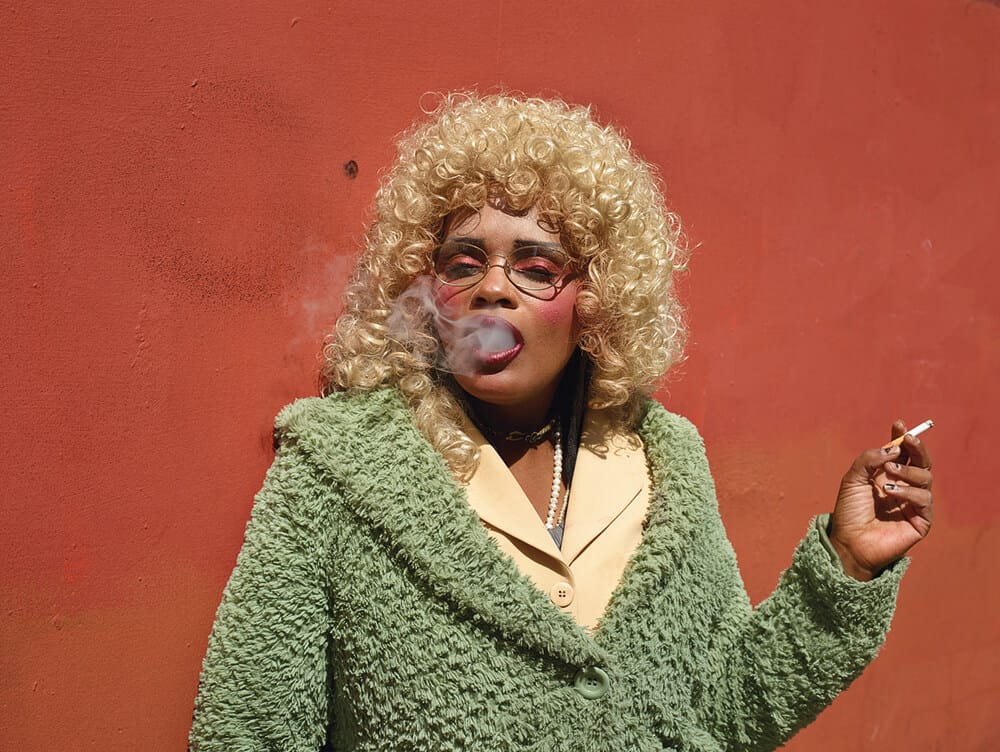 This portrait series was taken in the Tenderloin District of San Francisco and Skid Row in Los Angeles where I photographed a wide spectrum of homeless people. There are big differences, culturally and socially, between San Francisco and Los Angeles . In South California homelessness is criminalised; Skid Row is aggressive, the police are gung-ho and it is all about race. By contrast, in North California the police are tolerant and sympathetic, and you do not feel threatened on the street. I first visited San Francisco two decades ago; it is the only place I have been mugged. Even now, the city still has vestiges of the freak scene of the 1960s. But the economic impact of Silicon Valley and the digital economy is palpable. The city is facing an identity crisis. The Tenderloin is exempt from some of it because the majority of its buildings are owned by nonprofit organisations with no interest in benefiting financially from gentrification. It feels like an anarchic community in the midst of a crazy boom.

Homelessness is one word that covers a range of different situations. I met people with mental disorders, addicts, victims of the 2008 recession, war veterans, men and women who had made bad lifestyle choices, as well as people who for whatever reason liked living rough. Notwithstanding their terrible circumstances, which are real and inescapable, there is something quite ecstatic in the poses and gestures of the people I photographed. A lawlessness too. It required a very different way of working to what I have become accustomed to. For starters, no tripod and no lights. Normally, I ask for permission to take someone’s portrait: here, it was not always possible as people were often out of it. The series includes a number of diptychs. At the time I was reading a short story by James Salter in which he describes seeing his wife as all the non-idealised pictures he had taken of her and thrown away. I liked this idea. I think I was trying to get away from the photograph as monument with this series, allowing more accidents to happen in my portraits. I am not unfamiliar with homelessness. The streets around my studio in Cape Town are home to a large population of unhoused poor. Their number probably exceeds that in California. I have made portraits of homeless people in South Africa. It is a fraught genre, so often linked to a moralising stance. I understand the imperative to witness, especially in South Africa, but I am not interested in having my own photography become a vehicle for a moral crusade against poverty, capitalism or the uncaring state. I tried to remain true to this instinct in my work in California.

Both text are excerpts from Pieter Hugo’s book, Between the Devil and the Deep Blue Sea, 2017. Published by Prestel.