I am a human artist

One of the panel discussions at the Global Art Forum, ‘I am a human artist’ looked at the work of Katja Novitskova, Lawrence Abu Hamdan and Pamela Rosenkranz. Moderated by Ben Vickers of the Serpentine Galleries, the panel discussed how their work decentres the artist through the use of new tools, articulating profound statements on our current evolution of interaction with technology. ART AFRICA focused on the work of Novitskova and Abu Hamdan, and published an excerpt from Vickers’ introduction to the talk.

“The title of the panel is ‘I am a Human Artist’ which suggests a sort of challenge to the notion that human artists are not necessarily maintaining sole agency in the production of artwork now. With the recent developments in AI, there has been a surge of engagement with the topic of human creativity, and AI generated art. Some of the examples of this are things like the creation of a new Rembrandt painting with the use of AI and 3D printing. It is the development by the Art and AI laboratory to produce a series of expressionist paintings that cannot be distinguished by art experts as to whether they were produced by artists or machines. It’s things like Google’s deep dream, which is some strange neural network that effectively dreams hallucinogenic images and visions of the world. It is the same Google laboratory that worked with the artists Raffiq Anadol and Salt in Istanbul to transform a library of over 40 000 ancient Ottoman publications into a machine for dreaming new documents which was aptly titled the Library of Babel.

Whilst these recent advances in AI are significant, the headline articles of machines replacing artists, I think, are perhaps misplaced.  The current obsession seems like a sort of strange repetition or echo back to the 1960s obsession of non-human artists in the instance of Pierre Brazhou, the famous chimpanzee painter who was exhibited in Sweden in 1964. I think that it does raise a much more interesting question which is that of the non-human actor in the process of creativity. That being activated again gives us fresh engagement through AI and automation that perhaps signals some new possibilities.

The idea that machines could become peers or collaborators should be considered far more exciting than simply understanding them as mere tools with which we work. Given that they are able to reveal things that cannot be perceived by human censors, and they see patterns not conceivable to the human mind. As we examine our relationship to machines, a door is also opened for us to reexamine our relationship to other non-human life on earth and our creative relationship with them.

Probably in the broader sense, it’s clear that what joins the artists on this panel is an engagement with technology. I think on a deeper level, it seems that it’s the entanglement we share with the natural, automated and the artificial. That each of these artists illuminate their unique ability to work with the emerging qualities of technological symbiosis, with the wider environment, is what reveals new abilities for seeing, feeling or hearing in the world.

I think, given from what we’ve heard about the discussions so far, and the deep unknown, that we’re all very aware of and that we’re currently in what seems like an act. Kind of pairing and processing engagements in this moment.” 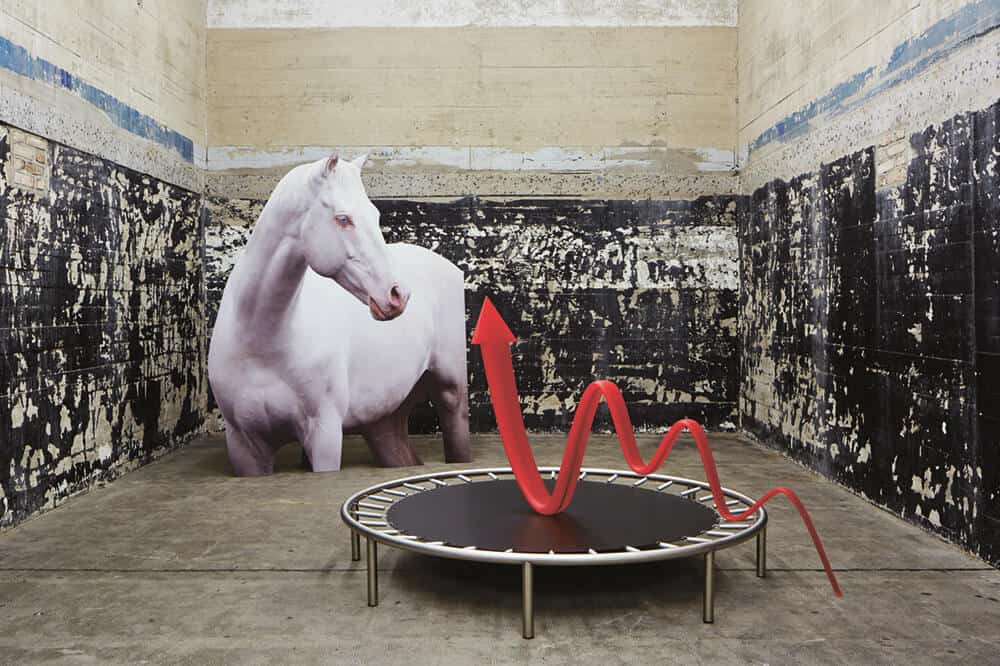 The Berlin-based first speaker – Katja Novitskova – spoke about her work that examines ecological and information systems through an engagement with digital images from the web. Novitskova proceeded to describe the work she has been doing for the last six years, beginning with making sculptures out of found material online, image-based content focusing on viral images of animals, especially baby animals bonding. She wondered if her art would get as much attention as the popular content, exploring what she calls “a pattern of activation” – how the image has become the most capturing trigger in our attention economy.

This sparked an interest in images of nature and how they are part of the wider ecology of the world, and so she began making sculptures born from an investigation into the imaging of automatic wildlife cameras, which capture animals in less staged settings. Fascinatingly, automatic cameras see the world in multiple spectrums of what light actually is, linking to the notion of an artificial brain that processes what it sees, that, mimicking our own, makes neural connections from the “soup of data” it collects.

This prompted an obsession with worms as the model organism of her creative interest, what Novitskova champions as the “unknown hero” of technological research. Her latest project is that of sculptures imagining a bodied AI, that has what is closer to an “animalistic consciousness”. They come in slug-like forms, complete with noises and laser eyes, which Novitskova insists are weird but not weaponised. In a recent installation she created them from electronic baby swings and set them up as if attending a meeting, considering an image of a horse on a board. 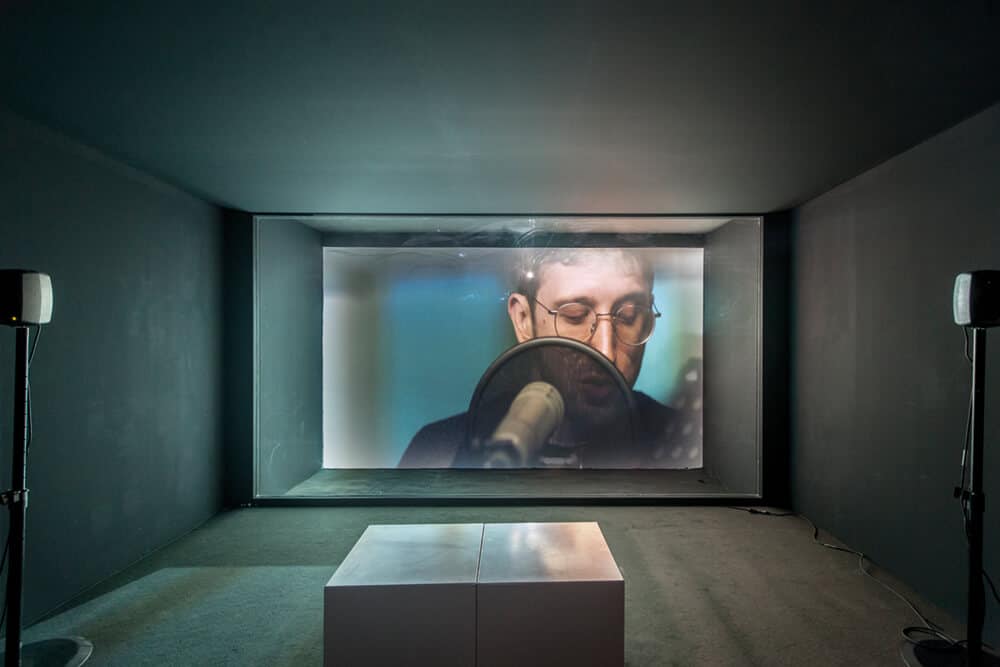 The next speaker was Lawrence Abu Hamdan, an artist and audio investigator, currently living in Berlin. Lawrence’s audio investigations have been used as evidence in the UK Asylum and Immigration Tribunal, advocacy organisations such as Amnesty International and Defense for Children International. His work has thus served as evidence outside of an artistic context and as artwork in and of itself. Abu Hamdan insists on a lack of separation between these things.

He touched on this in describing his audio investigative work for Amnesty International regarding the case of the Saydnaya prison for political detainees in Syria. He felt he was “called on [his] training as an artist more than ever before because it was really at the threshold of language that was speaking”. This threshold of perception, however, is exactly what he believes being an artist trains one for: “to work after language, or in the non-verbal state”.

Lawrence took an automated approach to his presentation by showing the first ten minutes of his film, Rubber Coated Steel, which examines the case of two unanarmed teenagers being shot to death by an Israeli border guard in the West Bank on the 15th May, 2014. The sounds, “serial killer sounds”, were put on trial in the case – and an audio analysis of the sound of the gunshots killing the teenagers revealed a conspiracy to kill in which dozens of Palestinians have similarly been killed or wounded by Israeli soldiers in recent years.