‘Donkey Bite: Nastio Mosquito on what he is and is not’ by Nadine Botha

in News Articles 2013
Share on facebook
Share on twitter
Share on email
Share on whatsapp
“I do think there are things in life that you must decide, but to be who you are is not a decision,” says Nastio Mosquito to Nadine Botha, following the group exhibition ‘Positions’ at the Van Abbe Museum in Eindhoven. 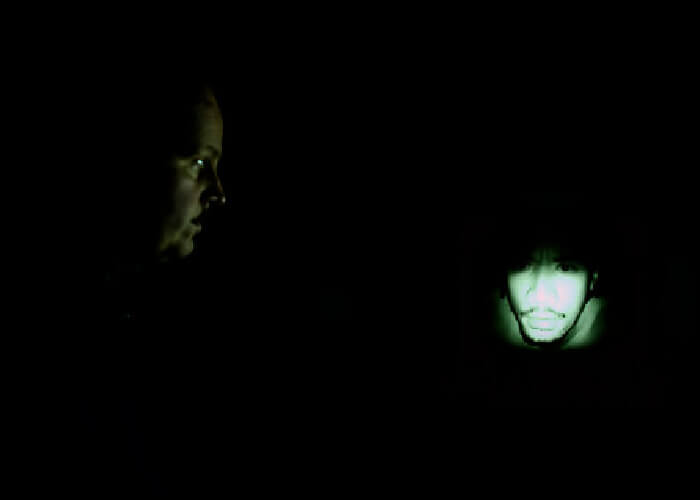 It’s pitch black in the front gallery of the Van Abbe Museum in Eindhoven. After a few minutes, I still can’t see my hand in front of my face. Feeling around with my arms, there’s nothing; not even the door I came through is visible anymore. A moment of panic. How far did I walk into the room; are there others in here? A green light in the far corner beckons and I slide-walk towards it, still unsure of what obstacles the artist may have planted. The light starts taking the shape of a small screen, burning pink halos into my retina. The squeaks emitted by the screen starts sounding more and more like a voice. Up close, I can hear and see: it’s Nastio Mosquito and he is naked. Ranting about everything and nothing in a way that gives goose bumps. Just like the interview with him.

Winner of the 2014 Future Generation Art Prize, celebrated by the BBC at the Venice Biennale with a rhetoric “Is this the coolest artist at the Venice Biennale?”, the Angola-born Portugal-schooled Mosquito slips through questions and labels with the slight of tongue that has become his trademark. The award is “flattering” but he doesn’t know what the consequences are yet, and he’s “just grateful that there’s space” for him in the art world that has now opened up for him. When it comes to the labels game: he is not a video artist, he is not a spoken word artist, he is not a performance artist, he is not an artist. He is not African, he is not diasporan, he is not postcolonial, he is not political. He just is. This is Mosquito’s integrity. Then, just when you feel lost in the darkness grasping for theories, he gets very personal.

You’re part of an exhibition of four artists – with Anna Boghiguian, Chia-Wei Hsu and Sarah Pierce – at the Van Abbe Museum in Eindhoven until 3 April, called Positions. Would you say integrity is your position as an artist?

It’s a position that I am consciously trying to live from. Staying close to my sense of integrity is important and allows me not to have to make decisions all the time, by being there I am just there. I don’t have to decide too many things, I just have to be obedient to my sense of integrity. I think becoming an artist was a position that I had to agree with. There was a particular time when I had to agree. What I was available to fight for, chase and commit to, was connected to doing these things with writing, song writing, video making. It’s what kept my head going at night. I just had to agree with it. It’s a bit of a fake truth that you have to decide. I do think there are things in life that you must decide, but to be who you are is not a decision. You have to agree with it. So I just agreed with it, in small doses, I don’t think there was a moment.

You resist labels and decisions, yet your work is very narrative driven. How do you make your work?

I think it’s the most natural thing for a human being to create from his supernatural, intangible point of view. We need to organize it, but things are born out of somewhere else. Then it is about serving that idea and finding the best way for that idea to come to life – is this idea better as a song, a film, a photograph or a performance? Studying jazz [for two and a half years in Portugal after school] gave me the capacity to relate to musicians and interact with them, and be able to construct a sonic palette to deliver a particular narrative. Going to study production operations [in media in London] gave me a few insights on how certain things work from equipment to script.

The jazz background explains a lot in terms of your distinctive sound. Were you planning on being a jazz musician?

Wow, even the way you speak casually ripples with improv jazz-like pauses and repeated words. Are you a natural performer, when was your first performance?

Depends what you call performance! [laughs] The first ever thing I did was a donkey in the Christmas play in boarding school. I still remember it as being something relevant for me. It was not the most important role in that play, but I think it was the teachers who made me feel that it was important enough to give it my all and it felt very good. It felt very good to receive the compliments. And, strangely enough, it was a donkey. The donkey is not a very celebrated animal – even the cow gets more good vibes than the donkey. Donkeys are stubborn, ugly, smelly, extremely working class. It felt good to be that donkey, it felt good to commit to it, and do the hee-haw sounds. I don’t think I had any lines. There were just a few cues, blocking a few positions on stage and a hee-haw moments of some sort. The whole process just felt very generous. Very tangible, with people working together. There was a script, different articulations of things, things had to be working. An independence, but at the same time coordinated. There was a dynamic, but it was nice. It was not the most comfortable situation for me – some people like it I suppose – being in boarding school away from home, it was very tense. I was nine at the most. I confess I’ve never spoken about that like this. I guess I’m constructing on it.

Do you think the memory changes?

I think it does. Between becoming more clear and more foggy. Memories have a utility to them, they’re here to serve you. 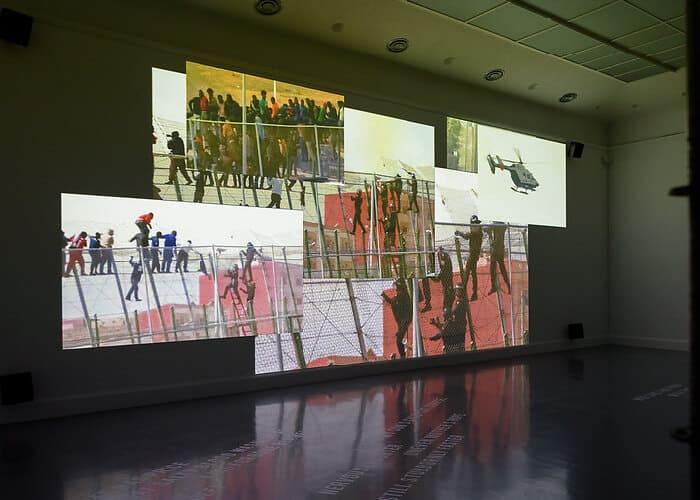 What has been your “donkey” performance as an adult?

I don’t know, maybe it’s my personality or something like that, but I have a feeling that it hasn’t happened yet. In terms of performance, there are moments of pure joy. I’ve had tremendous privilege these past fifteen years in terms of how I’ve had the possibility and opportunity to live my life, but I haven’t done that performance yet. There are many important things in my life, there are many things I respect, but I don’t have a story to tell my grandchildren about yet.

Maybe it’s coming up this year. What’s next for you?

Besides the Van Abbe exhibition, I currently have a solo show of new work at the Espai d’art contemporani de Castelló in Spain. There’s another show coming up at the Pinchuk Art Centre in Kiev, Ukraine, this year. I’m also preparing a new performance – I have a new collection of songs that I want to bring out, but want to try them out on stage.

Nadine Botha is a writer, editor, reader, watcher, listener, student, curator and poet from South Africa, now based in Eindhoven.