Dressing Desire: C(lit) on their clothing and the empowerment of womxn

Over the past few months, South Africa has seen a remarkable increase in gender-based violence, where women and children are almost always the victims of sex crimes and brutal murders. Whilst the extent of violence towards women and children may be ‘uniquely’ South African, the discrimination is not. Only recently did Vladimir Putin, the president of Russia, claim that “[he does] not have any bad days, because [he’s] not a woman”.

Misogyny and patriarchy have for too long been dominant in our global society, and women are tired of existing under the male gaze. ART AFRICA spoke to Sarah Zimmerman and Ceil Ann, the creators of C(lit), to find out how they’re combatting gender-based violence and inequality today, bringing empowerment to all those who relate to, and resonate with, their brand. 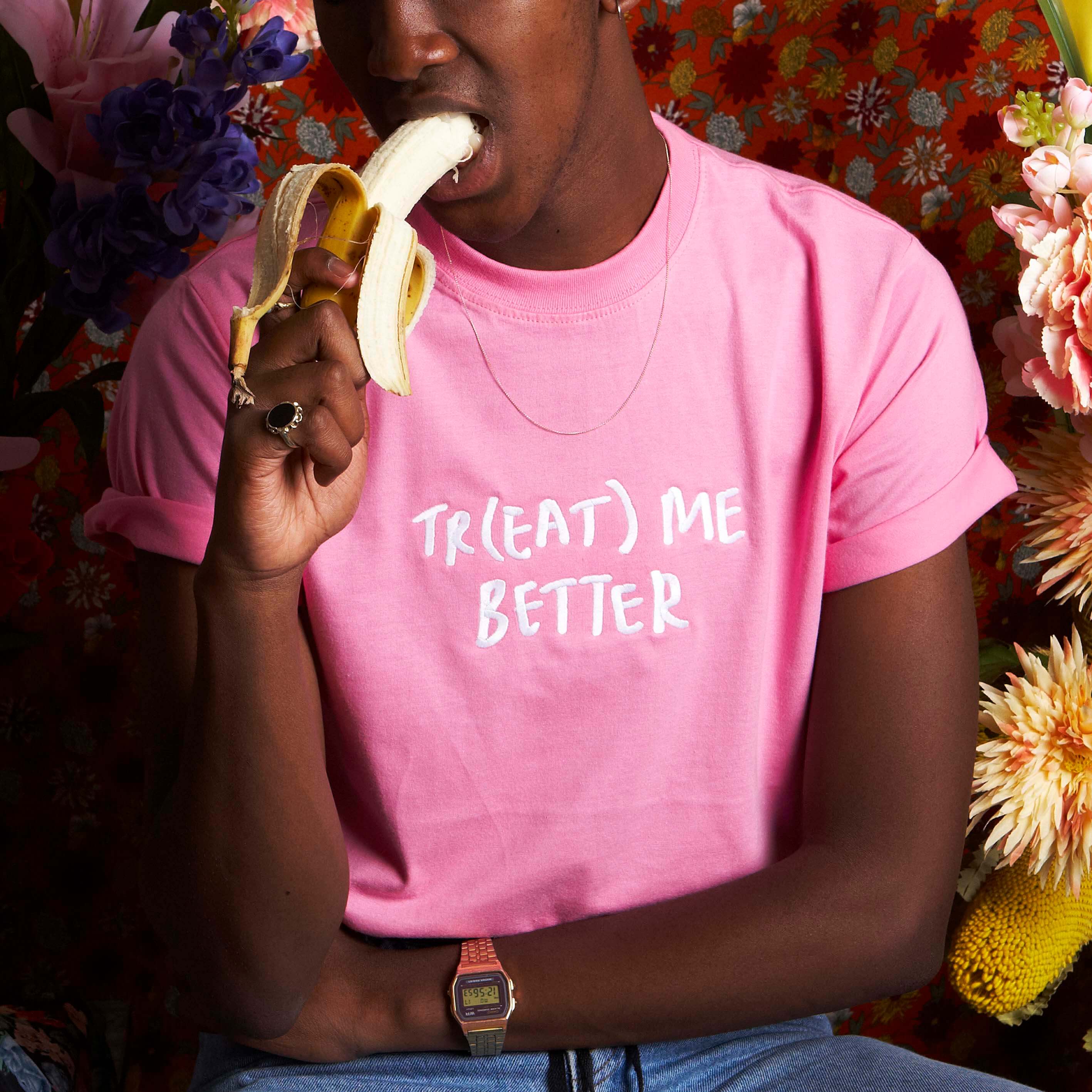 ART AFRICA: In light of the recent, horrific acts of violence toward women across South Africa – subsequently deemed as femicide – would you say C(lit) emerged from the recognition that, in the words of Judith Butler, “my pain or my silence or my anger or my perception is finally not mine alone”?

C(LIT): C(lit) was born as a reaction to the patriarchal hegemony prevalent in our society, as well as our own experience of gender-based inequalities.

As womxn, why was it important for you to create C(lit), and do you think it proves as an incessant materializing of possibilities for both women and those subjected to hegemonic gender norms?

C(lit) comes as a manifestation of our desire as womxn to express ourselves and our experiences. In this light, what we create and wear we hope speaks to those realities, as well as the shared experiences of others. To be able to wear something in a public space that makes a social statement can be a tool for creating conversations and dialogue surrounding those lived experiences.

You have said that the text chosen for your merchandise deals with themes that resonate with people’s shared lived experiences, and whilst they act as a direct response to the crippling effects of misogyny, they also display a strength in subverting what is usually, and has always been, considered feminine. What were your thoughts behind these specific texts, and how did you go about choosing them?

Some of our texts came as a direct response to the various ways misogyny is deployed in both public and private spaces. “No Means No” and “Not Wearing This For You” deal with issues of consent and street harassment. These texts being injected into public environments aim to resist and challenge these issues. It is also a way to reclaim ownership over our bodies in these spaces, by subverting and challenging the ways in which the patriarchy exercises its power.

“Tr(eat) Me Better” seeks to reclaim sexual empowerment. We want to normalize the outward expression of being sexual. Treat me better. Also eat me better. Our other texts such as “Millennial AF” and “You Do You” own our identities as a millennial generation, and the way we collectively relate to each other, communicate and curate our online selves through social media. 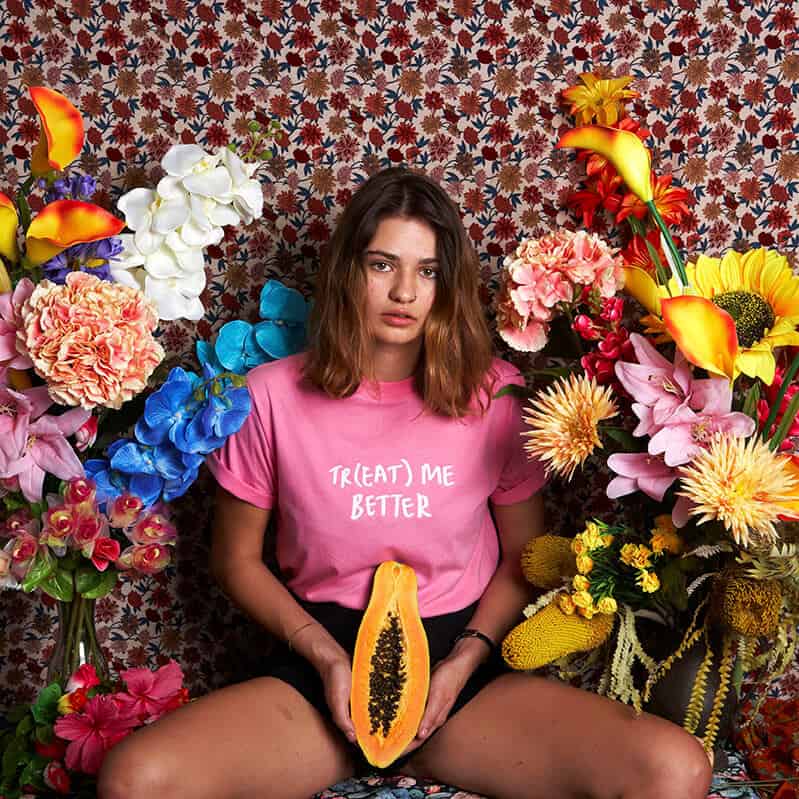 Any statement being made in either public or private spaces has the ability to create change. We feel that c(lit) can be a means for people to at least begin this change, through sparking conversations surrounding what these statements mean to them and their lived experiences.

Where do you see C(lit) in the next few years, and out of curiosity, can you please tell us more about your choice in brand name?

While we only have caps and T-shirts for now, we hope to expand our merchandise further for the future. In addition, while we are solely based online, our goal is to reach a point where we can have a physical space people can come to.

The name c(lit) simply aims to normalize an anatomy that, from our experiences, is still seen as inappropriate and disregarded sexually. 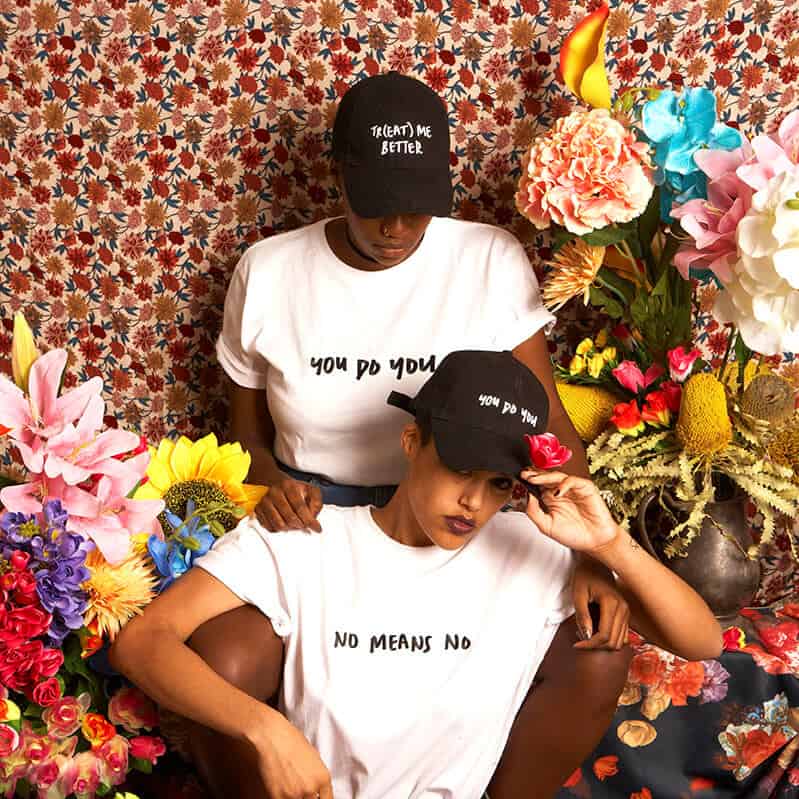 Tr(eat) me better, You do you and No means no, 2017. Models: Nickita Maesela and Jordan Van Der Westhuizen. Image courtesy of C(lit).