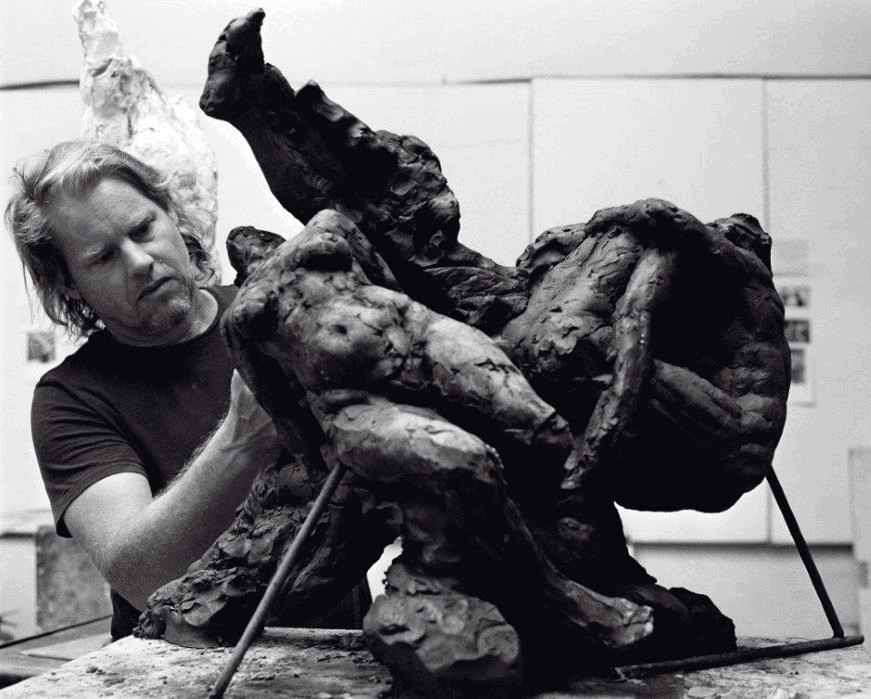 Over the past decade, Dylan Lewis has been creating a unique seven-hectare sculpture garden in South Africa located in the foothills of the Stellenbosch mountains situated outside Cape Town. To facilitate further expansion of the garden he has decided to release works from his personal collection to be auctioned. Created by the artist over the past two decades, these sculptures are the last remaining commercially available examples of each edition. Acquired by both collectors and royalty, many of Dylan Lewis’ sculptures are also in public collections. The top lots of the sale are Running Cheetah Pair II and Leopard Lying on Rocks.

Andy Waters, Curatorial Director and Nathaniel Nicholson, Christie’s Head of Sale noted, “Christie’s is pleased to be collaborating with Dylan Lewis for the auction ‘Shapeshifting’. Sixty sculptures from Dylan’s private collection have been specially selected to showcase the transition of Dylan’s work from animal to human figure. The striking sculptures encapsulate his unique oeuvre in bronze emulating his love for the African landscape and what it represents to him metaphorically. The sale offers the last opportunity for buyers to acquire these editions, appealing to new and discerning collectors alike. This sale follows successful sales of Dylan Lewis’s work at Christie’s in 2007 and 2011.”

Dylan Lewis explains, “All my sculpture in one way or the other has been inspired by the natural wild places of Southern Africa from my early bird forms to my current shamanic human figures. Humans have largely tamed the wilderness, we’ve fenced out the wild lands, cut down the forests and exterminated the lions and tigers. I believe we have so rapidly disconnected ourselves from the wild natural places in which we evolved over millennia that we are struggling to make sense of that separation. We’re disturbed, we’re in transition. My sculpture is an attempt to find the image in the emotion exploring wild untamed aspects of the human psyche.” 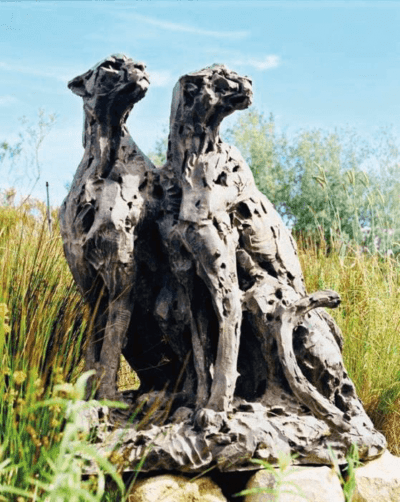 Born in Johannesburg, South Africa in the 1960s, Dylan Lewis was surrounded by art from an early age. Both his mother and grandmother were painters while his father was a sculptor. Beginning his career as a painter it was his father’s death that shifted Lewis’ focus to sculpture, where he has continued the family’s artistic legacy within which he has established his own voice and meaning.

Inspired by the wild animals roaming around the landscape to the north of his homeland, Lewis has sought – through form and texture – to convey the essence of the African veld and the primeval struggle for survival, of predators and prey, with the surface of the sculpture often taking on the landscape’s textural qualities. After making hundreds of drawings, each sculpture is then modelled in clay maquettes before being cast in bronze employing the ancient cire perdue (‘lost wax’) technique.

Like generations of artists before him, Lewis has been captivated by the lissomness and beauty of the cat, as reflected in the different Big Cat sculptures offered for sale. From early pre-historic carvings to ancient Chinese, Persian and Egyptian dynasties, the cat has been viewed as a venerated animal, even elevated to the ranks of deity. To Lewis, the cat has acted as both a muse and a métier, with different cats reflecting different aspects of his work. Whilst his cats are anatomically accurate, they go far beyond the merely representational, whether hunting, sitting or playing. Each sculpture has an elemental quality about them, the lines and textures not only recreating the vividness of the creature but also defining its habitat. The lion represents power, the cheetah, speed and the leopard, elegance. 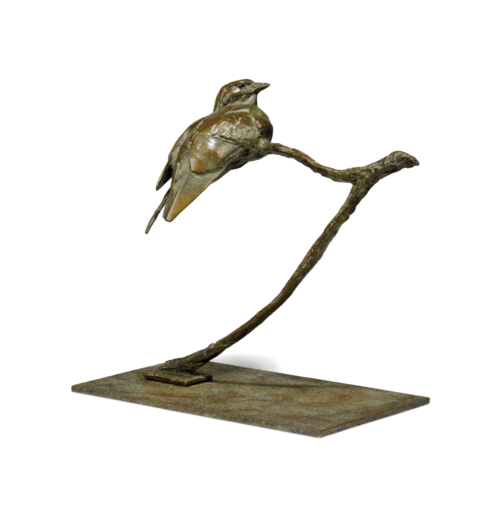 Discussing his creative process Dylan Lewis explains, “With both forms, human and animal, I work directly from life. The tactility of clay is important, it is a highly expressive material. Clay allows me a freedom. It allows me to express emotion in an immediate way. For me, part of a journey towards authenticity has been to re-wild the psyche in some way. My creative process is an attempt to concretise a kind of felt emotion into physical form in order to understand and endure, and, somehow, survive and make sense of the human condition.”

To view the full sale and find out more please see the Christie’s sale page.

To view the Christie’s video of the artist in his studio and sculpture garden: https://www.dylanlewis.com/ 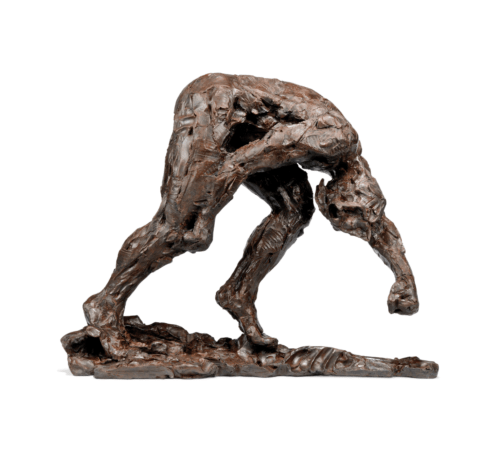