Economics of National Liberation in Venice and Basel

Okwui Enwezor’s ‘All the World’s Futures’ appeared to herald a new era for African artists on the global stage. Unprecedented numbers of African and diasporan artists included in the main exhibition, unparalleled press, with headlines like “Why Africa is the buzz at this year’s Venice Biennale” and comments like:

“After this exhibition, any supposedly international contemporary art exhibition that does not include a reasonable number of African and black artists will look so small, and utterly narrow-minded.” 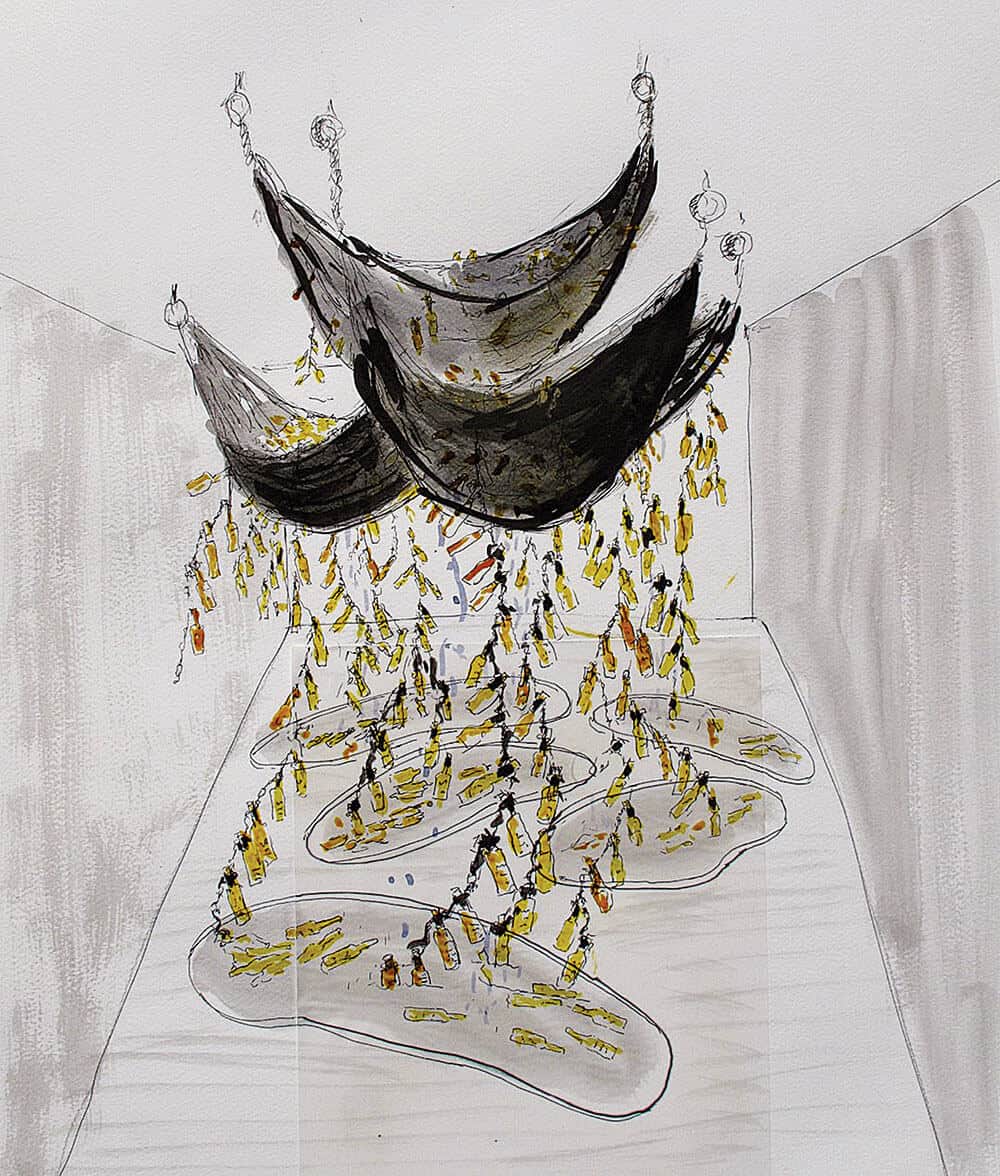 However, this year’s ‘Viva Arte Viva!’ demonstrated a return to business as usual – rather than a next step from the paradigm shift promised by Enwezor’s exhibition.

So, despite almost a decade of celebration of African contemporary art in the international arena – a decade since the Africa Pavilion at Robert Storr’s Venice Biennale – the number of African nations represented as part of the exhibition that claims to represent the world is still minimal. Only nine out of 54 in this edition (Seychelles, Nigeria, Zimbabwe, South Africa, Cote d’Ivoire, Kenya, Angola, Egypt and Tunisia).

How can we increase the participation by African states in this crucial global forum? This was the premise of and the key question posed by the African Art in Venice Forum launched during the previews for the 57th edition this May. However even more than articulating the need for presence, the discussions at the Forum highlighted the challenges across the board faced by art sectors on the continent; from infrastructure and building local markets to establishing strong local institutions and institutional collections to art education and opportunities for artists to succeed without needing to leave the continent, such as strong gallery systems and engaging ensuring that international engagement is done on the basis of peerhood and professional respect. So in the final analysis, one was left with a nagging question – whether national presence at Venice Biennale was necessarily most important?

The idea of national presentations is also being questioned more broadly, amid growing international and art world sentiment about the dangers of nationalism as a force of division and enmity. In the 57th edition of Venice Biennale, several “pavilions” pointed to alternative visions, among them the highly successful Diaspora and NSK pavilions as well as the Tunisian pavilion, which eschewed both nominating an individual artist or national theme with a pavilion of distributed kiosks issuing universal visas to all visitors. The Kenyan Pavilion also raised different but relevant issues of national representation and government involvement given the fact that in 2013 and 2015 Kenya’s national participation was over-run by Chinese artists and in 2017 it succeeded – through the efforts of individual artists and curators – in spite of the government reneging on its promise of support. This success also confirms that artists can succeed in creating visibility, presence and making a statement with greater freedom of expression and less pressure to stay on message.

“Only one African country, South Africa, has a permanent pavilion at the Biennale. Does this and the situation of other countries without permanent sites, still matter? Perhaps not. In 2015 El Anatsui, not showing in a national pavilion, became the recipient of the Golden Lion for Lifetime Achievement of the 56th International Art Exhibition of the Biennale di Venezia – ‘All the World’s Futures.”

Unequivocally, African participation in the global art community forum that is Venice Biennale is crucial. However to date, most advocacy for African national participation has heavily focused on socio-political merits of the exercise, its importance in redressing historical under-representation and need to make a statement. Nonetheless, there are numerous modes of engaging with La Biennale of which national pavilions are only one. In order to identify what is the most relevant and meaningful mode of engagement it is essential to recognise the totality of the nature of the Venice Biennale and its role in the ecology of the international art world and the art market. 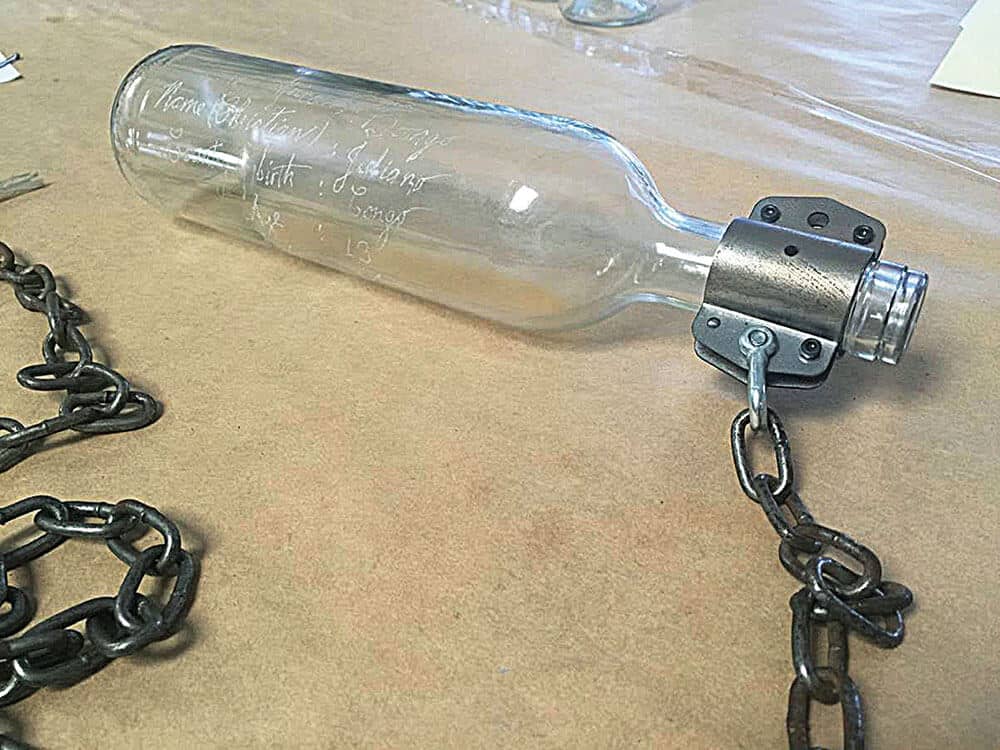 If we look at this year’s main exhibition ‘Viva Arte Viva!,’ while many have commented on the sharp contrast in the number of African artists selected compared to the record numbers in ‘All the World’s Futures’ few have recognized it as a symptom of the lack of robust economic foundations for support of African artists on the continent. At present, the Venice Biennale does not have independent funding, as a result major galleries, philanthropists and foundations bear the responsibility for funding the production and presentation costs of the main exhibition. Therefore, dynamics of participation correlate with dynamics of financial establishment and despite curators’ protests of independence, the market plays a crucial role in Venice. Furthermore,“No matter how hard its curators have tried, the biennale’s impact on the art market is notable: showing in Venice speeds up sales, gets artistic careers going, cranks up price levels and helps artists land a dealer ranked higher in the market’s hierarchy.”

“As at art fairs, the top dealers are prevalent at the Biennale. In the main exhibition, ‘All the World’s Futures,’ organised by Okwui Enwezor, 17 of the 136 artists are represented by six leading commercial galleries: Gagosian Gallery, David Zwirner, Pace, Marian Goodman Gallery, White Cube and Hauser & Wirth (four of these artists – Ellen Gallagher, Isa Genzken, Georg Baselitz and Andreas Gursky – are represented by more than one of these galleries). These galleries also extend their reach into the national pavilions…”

Given this entrenched infrastructure and relationship, it is evident that for Africa without robust and pro-active collecting institutions, local markets and internationally engaged gallery systems on the continent, national participation in Venice is an ambivalent vehicle for progress of African art sectors. More than that, it is arguable that to date the financial benefit of national participations and inclusion has largely benefited top international galleries representing African artists or galleries who cherry-pick African artists for representation following Venice. These galleries can be grateful for the hundreds of thousands of dollars in production budgets, logistics, PR, advertising and marketing investment made by struggling African states, which they can profit from immediately, for proverbially, collectors come to “see in Venice and buy in Basel.”

“Dealers… are taking advantage of the Venice Biennale effect.Traditionally, Art Basel in June benefited most from the Biennal, as collectors bounced from Italy to the Swiss fair. Inclusion in the Biennale is a seal of curatorial approval – and collectors take notice. “The exposure is so important for mid-career artists…”

In his opinion piece on the Sotheby’s first auction of African art, for the New York Times in May 2017, Chika Okeke-Agulu, makes an astute observation: “In this inexorable march to the mainstream, I am tempted to think of contemporary African art as akin to an urban neighbourhood undergoing gentrification. Now that it is seen as high culture, the art and artists are gaining value, investors are jostling to get a piece of the action. This is very good news for the African modernists who will benefit from the increased visibility.”

Valerie Kabov is an art critic, curator and art historian with a focus on cultural policy and economics. She is also the co-founder and Director of First Floor Gallery Harare.