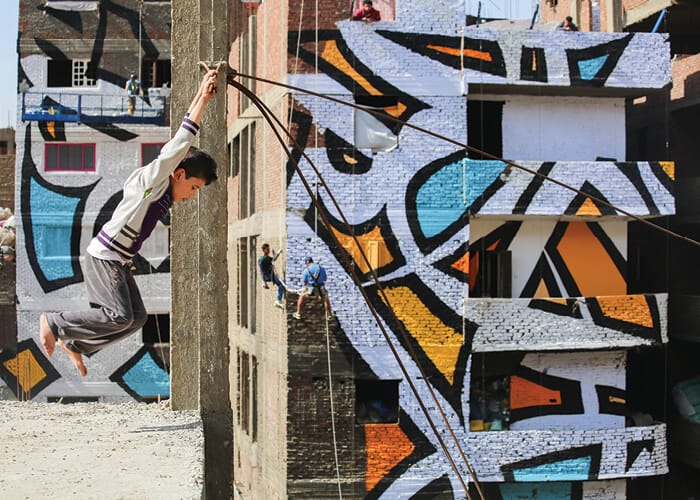 eL Seed, the making of Perception , Cairo, 2016. All pictures courtesy of the artist.

ART AFRICA: You grew up in Paris to Tunisian parent. Where did your journey as an artist begin, and how did this experience shape your career?

eL Seed: I have always been painting. I have some memories from my youngest age. I grew up with no one encouraging me to be an artist. To be honest, this was not something I though could have been possible. I pursued a career in business, but I was dying in my job. Seven years old, I decided to quit and focus on my art. Since then, I have never stopped. 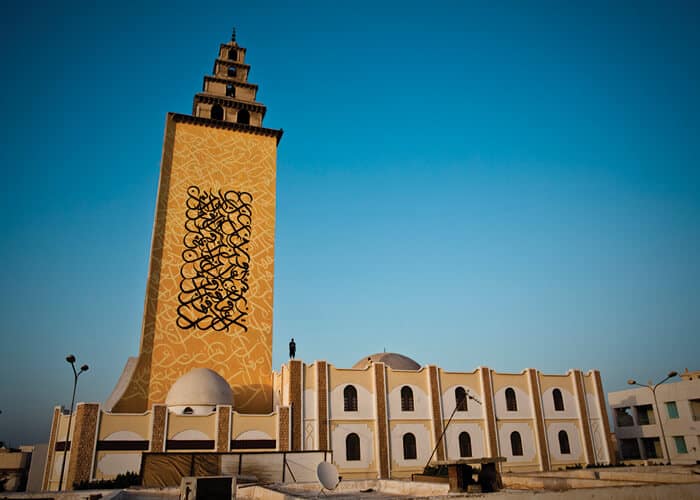 In 2012 you were invited by the community-based organisation Al Khaldounia to paint the Jara Mosque in your ancestral hometown, Gabes (Tunisia). Please could you tell us about this project, as well as the ‘Lost Walls’ project that followed?

I had worked with Al Khaldounia  on a community project in Kairouan in 2011. The Jara Mosque was a personal initiative. I wanted to create a work of art in my hometown of Gabes and it happened that the minaret of the Mosque, built in 1994, had never had painted. With the help of Al Khaldounia, we approached the Imam of the Mosque and the mayor of the city. They loved the idea, and the whole community was supporting it. Gabes was back on the map. A year later, after seeing the effect of the Jara Mosque project in the city of Gabes, I decided to go on a road trip all around Tunisia to paint in towns and villages with some history and heritage that deserved to be shown. The outcome of the project was a book published in French and English. 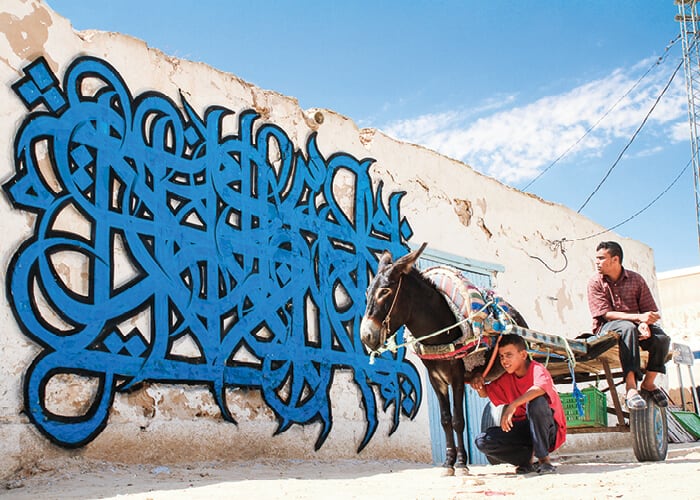 How do you feel this project fits into the political context in which you were working? Do you think that street art has played a role in the country’s transition, as a pretext to conversation?

Usually, people say that artists create revolutions, but I feel that in Tunisia, the revolution created the artists. It opened a huge platform for many citizens to express themselves. I think street art is a tool to be used during the transition. Many cultural initiatives have been developed to bring pride to the people, and I guess this is how you rebuild a country, by restoring pride to the citizens. 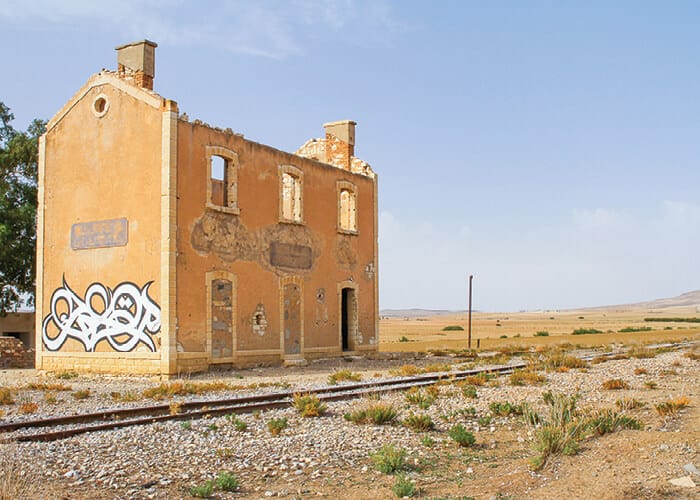 In previous interviews, you mentioned that you no longer sign or translate your work. You’ve painted all over the world, and have come across people in the West that are almost fearful of Arabic – offended by it. How do you think this autonomy, the work existing on its own, without context, challenges the misconceptions surrounding Arabic?

Every artwork that I create is linked with the place where it is produced. There is always a context that carries the purpose of the art piece. I write message with my style of calligraphy. I always make sure that those messages are relevant to the community where I am painting, but they have this universal dimension so anyone around the world can relate to it. Arabic calligraphy embodies this universal beauty that you don’t need to translate. Everybody feels an emotion when they look at a piece. In a certain way, I am trying to demystify Arabic script. 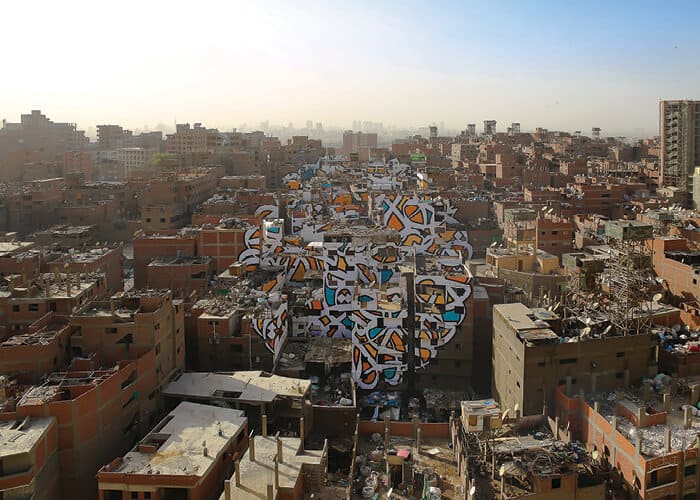 eL Seed image from the project Perception , Cairo, Egypt, in 2016.

In one of your more recent projects, Perception (2016), you dealt with the misconceptions surrounding the Coptic community of Zaraeeb in Cairo. Working closely with this community must have been quite an eye-opener. Please tell us about this project and your experiences whilst there.

In my recent project, Perception, I tried to question the level of judgement and misconception society can unconsciously have upon a community based on their differences. In the neighborhood of Manshiet Nasser in Cairo, the Coptic community of Zaraeeb have been collecting the trash of the city for decades and developed the most efficient and highly profitable recycling system on a global level. Still, the place is perceived as dirty, marginalised and segregated.

To bring light to this community, with my team and the help of the local community, I created an anamorphic piece that covers almost fifty buildings, only visible from a certain point of the Moqattam Mountain. The piece of art uses the words of Saint Athanasius of Alexandria, a Coptic Bishop from the third century, that said: “Anyone who wants to see the light of day must first wipe his eyes.”

The Zaraeeb community welcomed my team and I as if we were family. It was one of the most amazing human experiences I have ever had. They are generous, honest and strong people. They have been given the name of ‘Zabaleen’ (the garbage people), but this is not how they call themselves. They do not live in the garbage, but  from the garbage; and not their garbage but the garbage of the entire city. They are the ones who clean the city of Cairo. 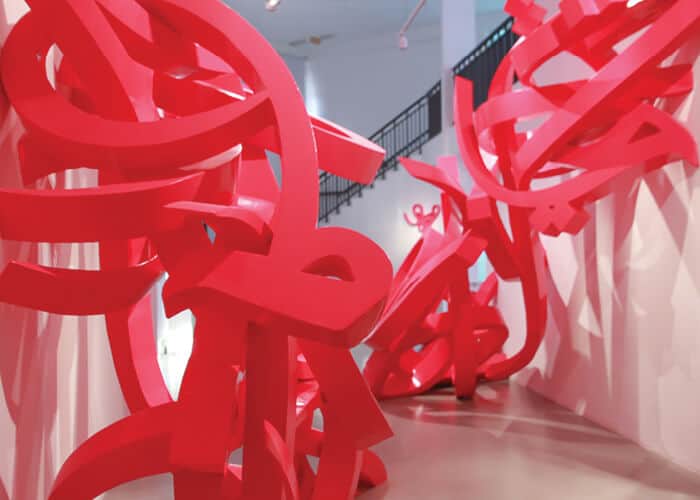 You’ve also produced work for the gallery environment, paintings and sculptures. It’s quite a different world. Do you feel like this direction  fits hand in hand with your more public work? What will be your future direction?

I think my sculpture or my work in galleries is a continuation of my work in the street, but with an extra dimension. Sometimes it is good to be in a closed environment such as my studio and try new things. Today I am really focusing on my sculptural work.