EXTRINSIC/INTRINSIC: In Conversation with Leanne Olivier

ART AFRICA had the opportunity to chat with Leanne Olivier about her solo show, ‘EXTRINSIC/INTRINSIC’ at Jan Royce Gallery. Olivier discusses the role of the artist in contemporary society, “life drama”, and the Theatre of the Absurd. 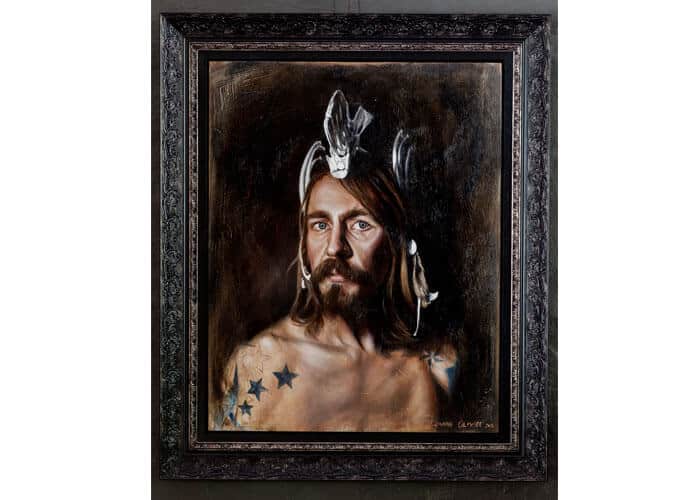 In your artist’s statement, you claim that “more often than not, we imprison ourselves by what we may perceive to be intrinsic to our own being defined by extrinsic forces – culture, tradition, religion – or what we may believe these institutions teach us about behaving like human beings.” Would you say that your role as an artist is to help people to question how and what extrinsic forces teach us about being human?

Generally speaking, and aesthetic considerations aside, I think that the role of an artwork is to reflect or mirror a facet of society, or a state of mind; especially facets which either contradict or support our own views of the world, or of ourselves. 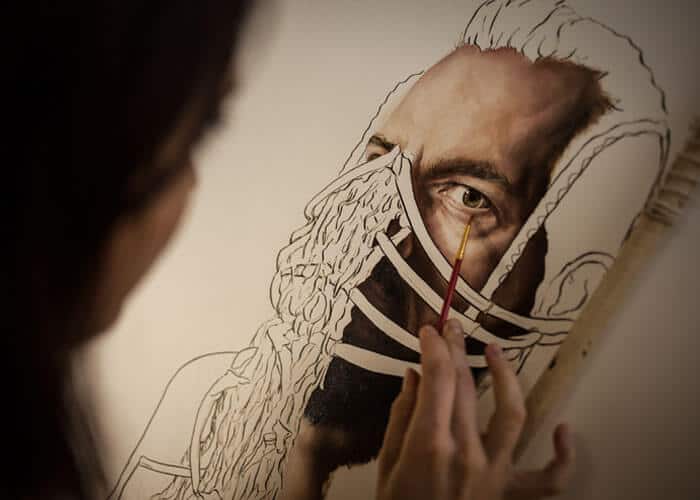 The works in the ‘EXTRINSIC / INTRINSIC’ series have quite a specific aesthetic – What is the symbolism within the works, and how does it convey the meaning of the work?

The series started with a construction process exploring headdresses and masks. These are representative of the social mores, collective consciousness and archetypal roles in the play or enactment of the “life drama.”

The headdresses were constructed from found objects including animal bones and skulls, shells, cutlery and rope. They were then painted in uniform white blurring the line between what may be considered as sacred, and what constitutes as the everyday object.

It is a reflection of our interior realities paraded as exterior crowns, and in some cases, this has been interpreted very literally: A spinal crown of chicken wishbones – as representative of human consumption (we are what we eat?). Rather than conveying a specific meaning, the works may instead be seen as ‘opportunities’ of self-reflection.

The meaning of each headdress or mask explores the notion of ‘how one fabricates oneself.’

In your paintings, there is a combination of tradition and ‘new’. How would you say this reflects your understanding of the ‘Extrinsic / Intrinsic’ binary?

The series of oil paintings echo the history and tradition of portrait painting while reflecting the evolution of story-telling in the world.  In context with the cultural melting pot that is South Africa, I believe that extrinsic and intrinsic forces or values are constantly evolving. More than ever, we are in an age where we can question and access information; learn and engage with people from various cultures, backgrounds and beliefs. Extrinsic and intrinsic beliefs are almost always in a state of uncertainty and flux – whether it has to do with race, religion, culture, or gender. 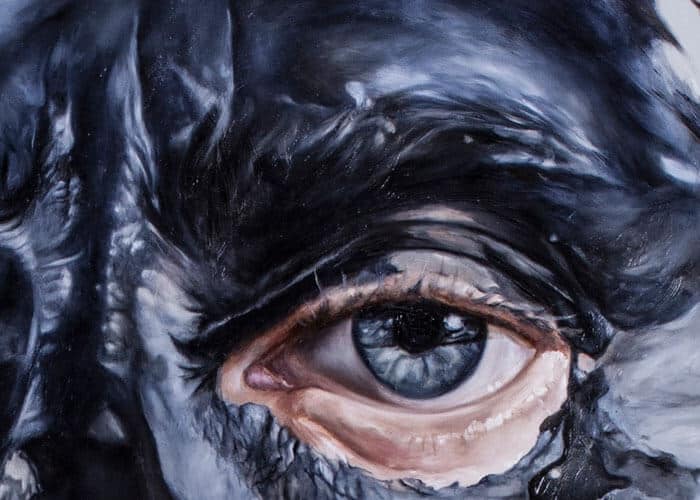 You make reference to the Theatre of the Absurd in your Artist’s Statement, quoting Martin Esslin’s claim that language is a defective tool in conveying true meaning. Do you think that visual language is more effective in this regard?

Not necessarily. In the same way that I am responsible for what I say, but not responsible for what you hear or understand from my words, I believe that the viewer may have an entirely different interpretation from what the artist intended in a visual work ( And I don’t see this as a bad thing).

I think that what a person hears, sees, or understands will always be coloured by the ideas and beliefs that they entertain. However, knowing that to some degree one can never stand outside of their biases may provide a deeper level of freedom and richer experience of our world.

“…that man, suddenly realizing that he does not understand, will begin to understand.  Therefore the only task left to man is to tear off all that dead skin until he finds himself in the hour of the great nakedness” (Esslin. The Theatre of the Absurd. 1980: 96).

How do your paintings share the ideas expressed in the Theatre of the Absurd?

Like the Theatre of the Absurd, my paintings do not disguise the strings that pull the puppet.  A backdrop is often included and the actor cast in the spotlight. Likewise, I also like playing around with gender role reversals where my male subjects might appear more feminine and females are often painted with props reminiscent of phallic shapes. I introduce children’s plastic farm animals and distort the size scale between these animals and my human subjects. It is about disrupting the hierarchy between various forms of being – us and them.  In fact, my art is about the becoming or ‘acting out’ of the other.