Faith47, Lay Your Weapons Down (2015), Brooklyn New York. Image courtesy of the artist.
The spur-of-the moment wall was inspired by Faith’s ongoing photographic series of couples kissing on the dance floor in Evol nightclub in Cape Town. “The mural speaks to the notion of home not being a place, but a feeling of human interconnectedness,” says Faith, who’s been traveling most of the year for work.
The couple’s faces are obscured, leaving the exact nature of their intimate moment to the audience’s imagination. Typically for Faith, the piece has multiple meanings for the artist too; “It’s about the profound nature of connectedness between two people; the fragility of human emotion and the power of touch; the breaking down of race; as well as the need for humans to abandon violent behaviour and find strength within our vulnerability.” 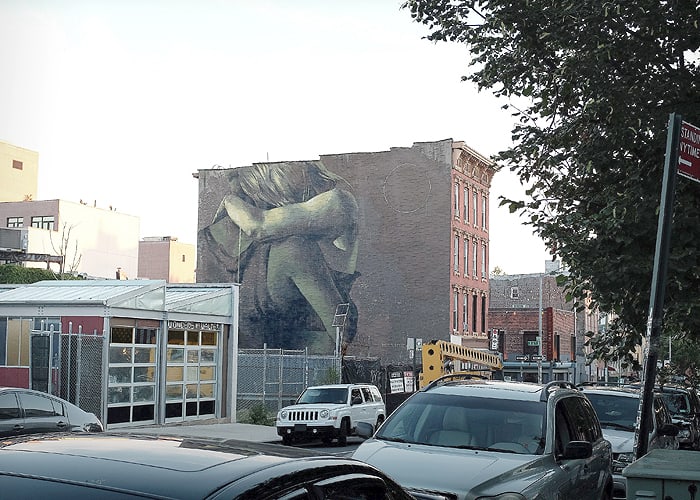 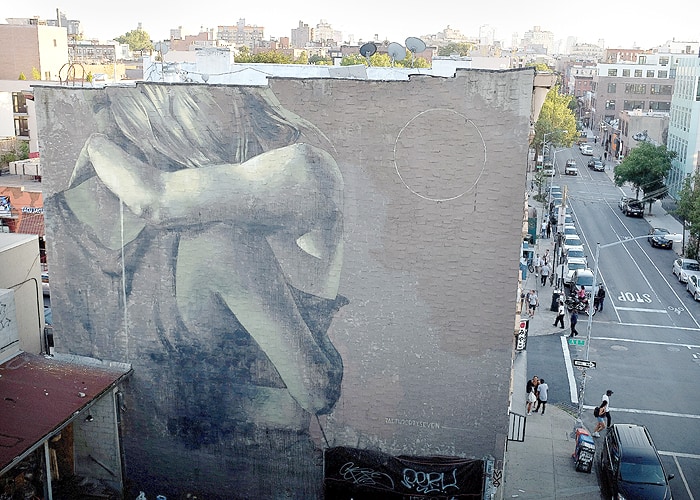 Faith47, Lay Your Weapons Down (2015), Brooklyn New York. All images courtesy of the artist.