For the last fourteen years Readers Den, a Cape Town-based comic shop founded by Mahdi and Nizar Abrahams, have organised an open and animated event known as the Free Comic Book Day (FCBD). In response to the event’s explosive growth and popularity over the last five years, last weekend saw the first iteration of FanCon: Cape Town Comic Con, an extension of the original event held at The Lookout, a larger (but not large enough) venue at the V&A Waterfront. 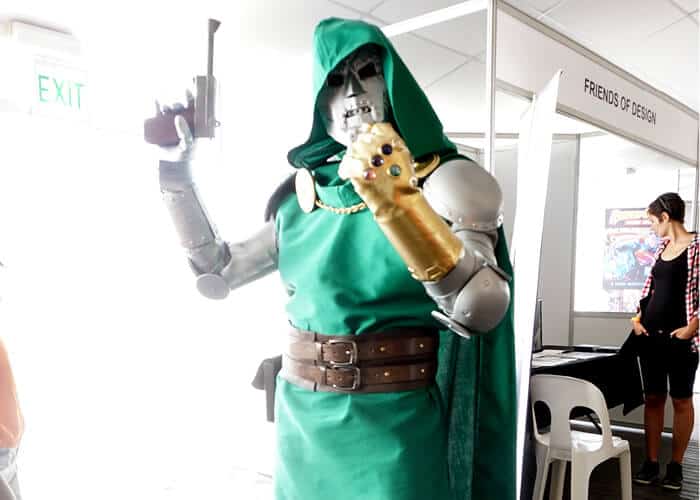 Doom, the winner of this year’s Cosplay competition.

During an interview between Andrew Lamprecht and the Readers Den duo, Mahdi and Nazir Abrahams (featured in the inaugural issue of ART AFRICA in September last year), we learnt about their humble beginnings: “We were in high school and I had the idea that comics might sell – that’s when I became interested in backing comics,” explains Mahdi. “We put out a few boxes of books [at a flea market] and people began to ask us for more. The suggestion of commercial viability led us to open the second-hand bookstore in Long Street (Cape Town) in 1992, where we added a small section for comic books.” 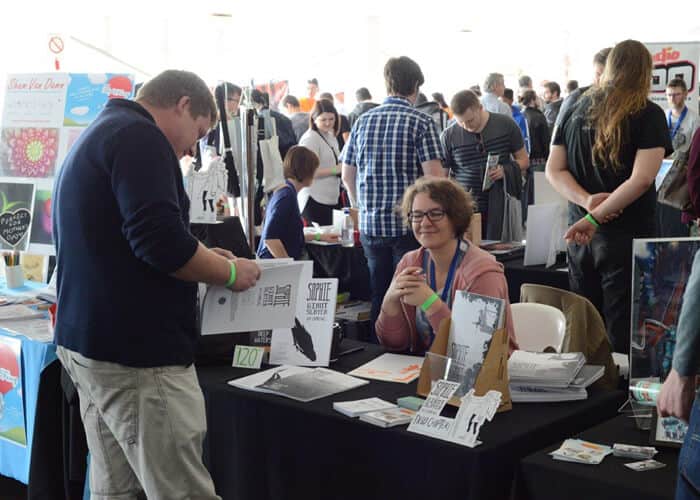 A fan taking a look at ‘Sophie the Giant Slayer’, by Kay Carmichael at FanCon. Image courtesy FanCon.

That same year they were approached by Anton Kannemeyer and Conrad Botes (still students at Stellenbosch University) about stocking their recently published, independently funded first edition of Bittercomix, a risky endeavour given the content of the publication and the political climate at the time. In 1992, Readers Den were one of the only places in South Africa to acquire locally produced comics. The success of Bittercomix was a benchmark moment for many young, aspiring comic artists, who began to realise that they could make a living through comics. As a result, Readers Den became a hub for local enthusiasts, developing a comic culture that has slowly begun to attract interest in wider circles, culminating last weekend with a first-of-its kind event for South Africa, FanCon. Despite the event organisers’ best efforts, there was simply no way that they could’ve anticipated the turnout on the opening day. 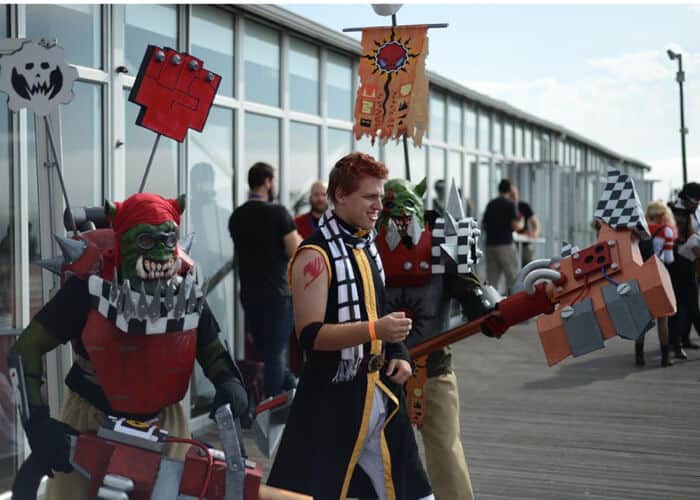 Cosplay competitors pose for pictures outside of FanCon. Image courtesy of FanCon.

Aimed at attracting all comic and pop culture fans, the two day programme boasted a variety of local and international artists (including Jason Aaron, the writer for current high-profile Marvel titles, Star Wars, Mighty Thor, and Doctor Strange), talks programmes, and workshops, concluding with a cosplay masquerade and competition. While I felt the event could have included more local comic work, I was impressed by the variety of displays, extending beyond the typical comic book format to include manga, action figures, novelties, and board games. Not to mention the elaborate cosplay masquerade, which kept audiences entertained for close to three hours. 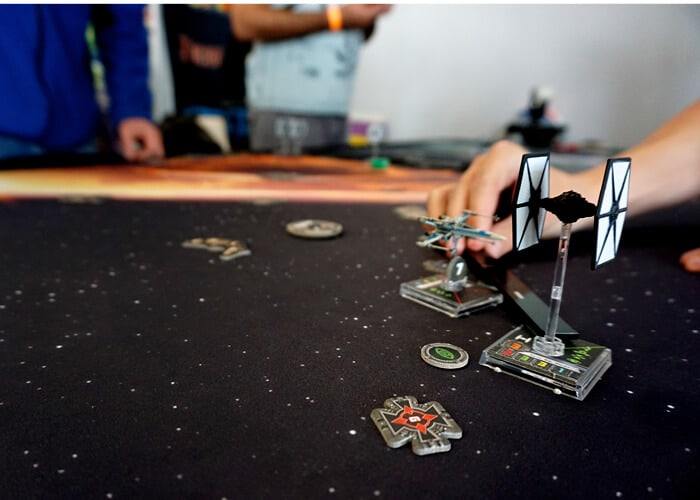 Star Wars fans try their hand at the board game. Photo: Sven Christian.

Another noteworthy event was a panel discussion entitled ‘The Art of Writing Comics,’ moderated by Su Opperman. To have names like Jason Aaron, Anton Kannemeyer, Lauren Beukes, Dale Halvorsen and Stephan Blank together in the same room, openly discussing the merits of diversity and the question of political correctness (or lack there-of) in comic art was an event in and of itself. And it is oppurtunities like this that are going to see the future of South African comic art blossom. 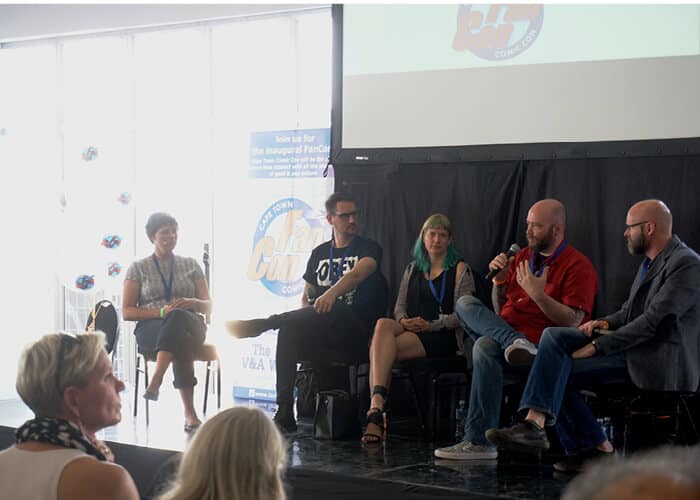 Jason Aaron addresses the audience as part of the panel discussion, ‘The Art of Writing Comics.’ 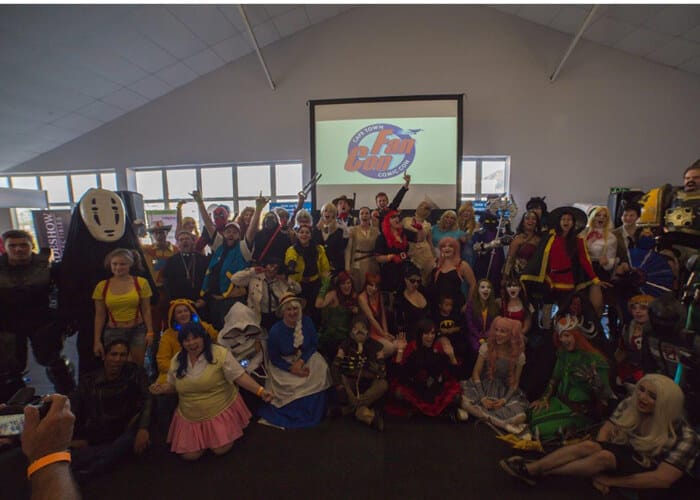