‘Further Prototypes’, the third solo exhibition by Dale Lawrence will be presented by SMITH in September

When is an artwork finished? At show time? When the artist says so? What if an artist isn’t ‘finishing’ them on purpose, and what if he’s active in the gallery throughout the show? What if he’s asking himself — and us — whether there is such a thing as finished at all? 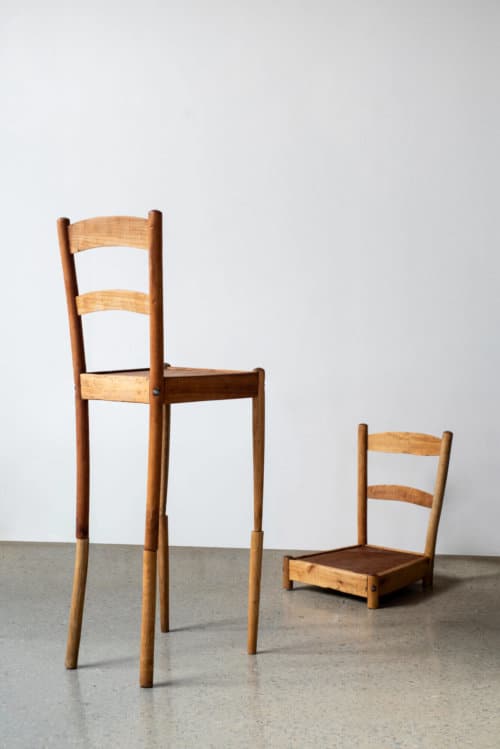 This is one of many curveballs thrown by Dale Lawrence in ‘Further Prototypes’, his third solo show at SMITH, the latest stanza in his wry inquiry into the ambitions of art and its practitioners. With ‘Look Busy’ (2016) and ‘Another Helping’ (2017), as with his FNB Joburg Art Fair show ‘Amateur Hour’ (2018), Lawrence scratched at these ideas, studying the tension between focused intent and willful abandon. Here, he puts the ideas to theatre.

“Finished is dead,” says Lawrence, who chooses instead to work with the vitality of experimentation. Doing so brings action, change, motion and surprise into another distinctively considered collection of mixed media offerings that this time includes imagery variously scratched into animal fat, drawn onto photocopier glass and printed on bread. There’s also a bath in the gallery and, yes, he will bathe in it. Every day for six weeks.

Throughout the show, Lawrence will be otherwise active in the space, working on his largest canvas to date, the 1.75m x 3.5m Hercules Wrestling with Death for the Large Bathers in situ. These elements of his normal life — the painting, the bathing — help to set the show in a state of flux, placing artmaking as a functional part of the everyday. Here Lawrence draws from German artist Joseph Beuys, who considered art much broader than painting, sculpting and exhibiting. For Beuys, as for Lawrence, the impulse to create is seen as a basic component of human life. 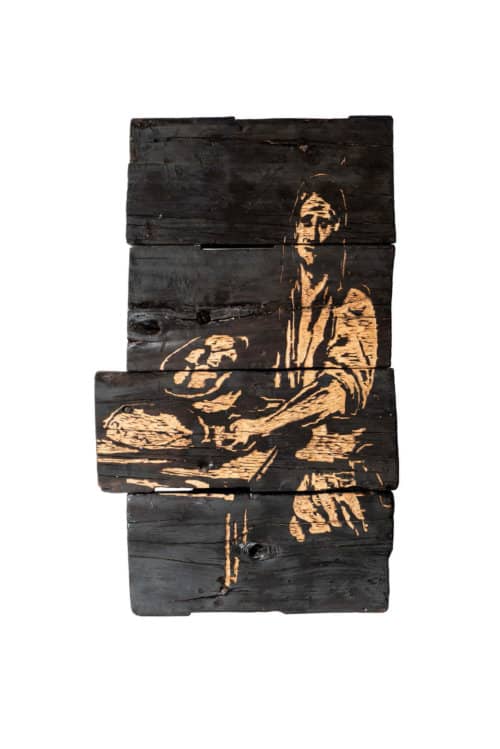 “Completeness and incompleteness coexist. We are never finished. Our routines become rituals and our rituals can degenerate into routines. Art is a form of distilling reality, where grand intentions and everyday mundanities are the subjects — with sometimes overwhelming and sometimes underwhelming results.”

That this and other works are in fact or appear ostensibly unfinished stems from a disregard for finality that permeates this collection and can be traced further back. ‘Amateur Hour’ fleshed out an argument that achievement is subordinate to the act of the pursuit thereto. Then as now, pursuit is Lawrence’s first virtue. To arrive is to abandon pursuit, to be finished. And finished is dead.

Lawrence’s use of masterpieces as source material in the show stems from this notion. His respect for striving over finding sees prototypes as new models of thought. The creative sphere is one for experiment and testing, where new ideas and aesthetics are prototyped and test-driven before being adopted in the real world.

“When a work is considered a masterpiece it implies that an idea has been refined to the point of absolute completion and perhaps exhaustion, leaving it short of much of the vitality of the prototype.” 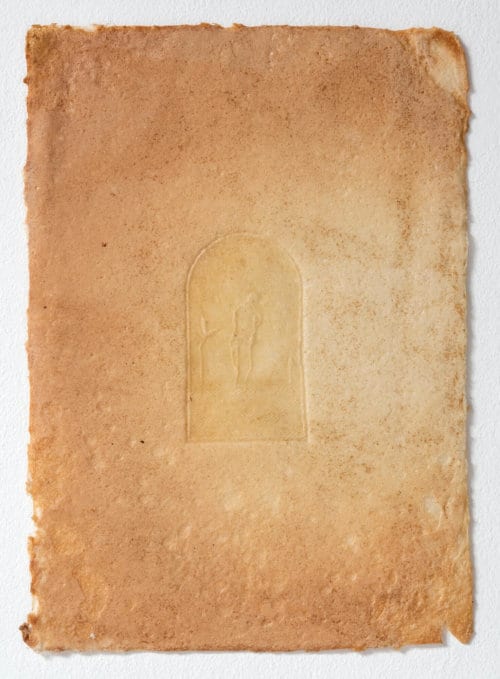 Dale Lawrence, Portrait of Ideal Self as St. Paul the Hermit, Except Not so Poor and Hungry and Naked and Lonely and Cold, 2019. Relief on bread, 42 x 30cm. Courtesy of the artist & SMITH.

Portrait of Ideal Self as St. Paul the Hermit, Except Not so Poor and Hungry and Naked and Lonely and Cold is a relief print on a sheet of bread, akin in both substance and design to the communion offering but depicting a figure engaged in a leisure activity. Bread is a basic unit of substance and signifier of spiritual nourishment, yet only represents meaning. It has none in and of itself.

If Lawrence is playing with his use of the pedestal it is more as jester than a preacher. Like a king’s clown, he agitates, entertains and excites, making himself vulnerable, present and unguarded. Lawrence’s work can also be downright funny. A found ceramic vase lies shattered on the floor beneath its pedestal, surrounded by a handful of rubber bands, the dull accoutrements it was used to contain. The ornate is reduced to a vessel for cheap, functional detritus. A vessel, grand and full of potential, tragically reduced to its base utility. But is an ornament less impressive when it is being used?

In a series titled ‘Attempts’, Lawrence shows a stack of Indian ink on paper drawings, each attempt piled on top of the next. The drawings are gestural and impulsive, full of Lawrence’s trademark concerted playfulness. The sum total of these attempts are presented as works in themselves, their finished-ness abrupt and questionable.

Lawrence’s fat works — for which he avidly carved into slabs of tallow made according to a Joseph Beuys recipe — dig into the idea of fat as both an essential life-supporting substance and one that signifies superfluity and excess. Self-portrait in Front of the Burning Cathedral references the recent Notre Dame fire and queries the potential of burnt wood as something very much alive and useful. Lawrence’s surface this time is burnt yellowwood, South Africa’s national wood, mirroring the French oak beams used to support the Notre Dame’s spire.

For Lawrence art is an occupation and a mirror. It is what it sees. What Lawrence sees is uncertainty, possibility, transience. The magnificent in the mundane, the mundane in the magnificent. A loop with no end, an endless question.

Further Prototypes opens at SMITH on the 4th of  September at 17:30 and will run until the 12th of October 2019. There will be a walkabout at SMITH that discusses the works on exhibit on the 21st of September at SMITH in Cape Town, South Africa. 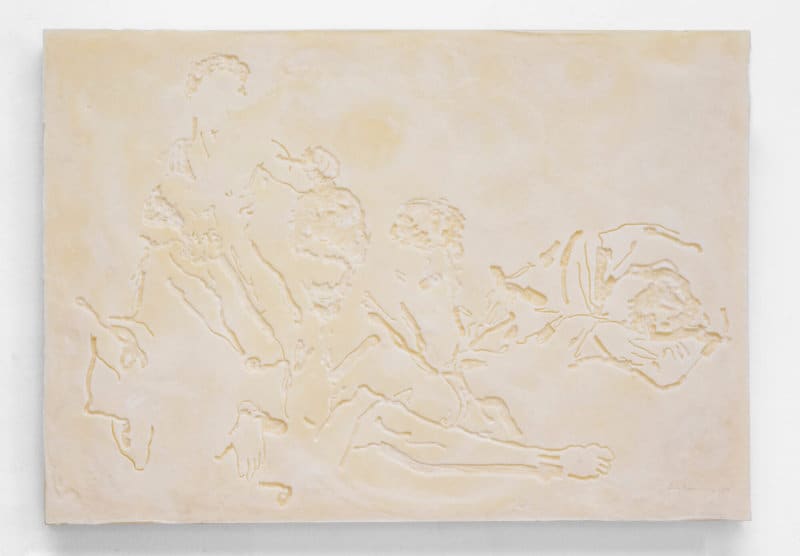