in News Articles 2013
Share on facebook
Share on twitter
Share on email
Share on whatsapp
It has been an interesting and important year for art, especially within the African context. To round it off, here are a number of exhibitions that will see 2015 through. As part of First Thursdays – that took place on 3 December in both Cape Town and Johannesburg, South Africa – these were some of our highlights from last night’s event. If you didn’t make it out last night, don’t dispair! Most of these exhibitions will be on throughout December and make for some excellent holiday browsing. 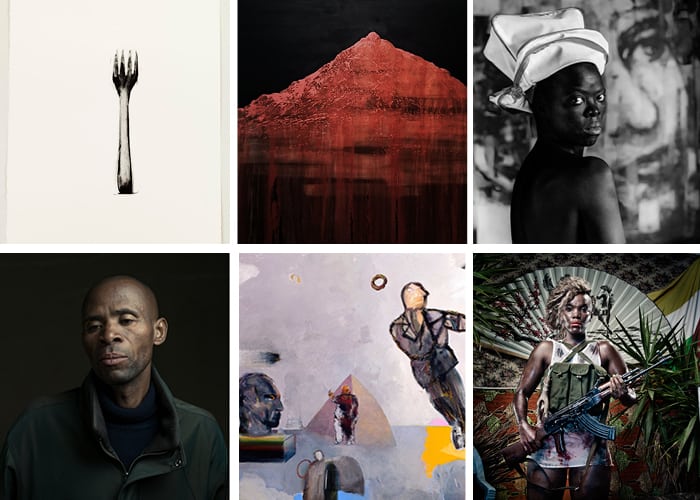 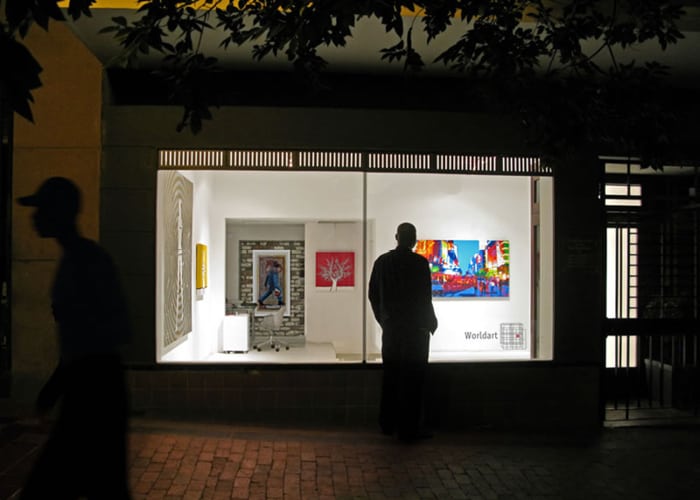 This December, Worldart have decided to host a retrospective group exhibition of this year’s stand out exhibitions, entitled ‘2015 WorldArt Stars.’ Having hosted a number of major exhibitions and participated in three art fairs, both locally and internationally, this month’s exhibition will feature a collection of work by artist Kilmany-Jo Liversage, Khaya Witbooi, Lady Skollie, Gavin Rain, Dion Cupido, Marlise Keith and Claude Chandler, as well as a number of artists who will host exhibitions at Worldart in 2016. 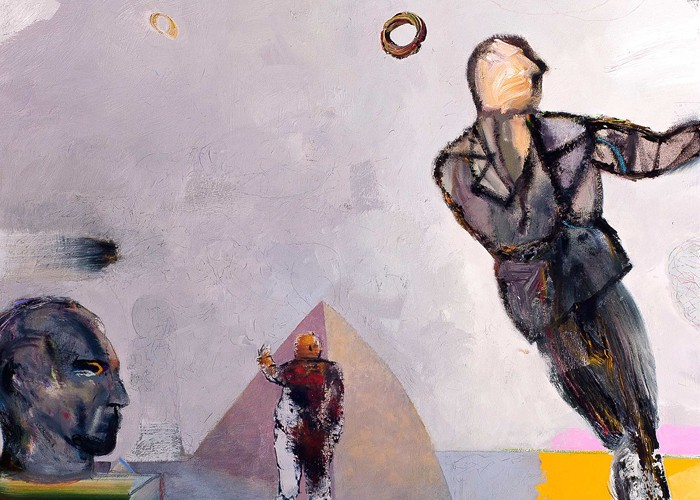 Curated by Marc Stanes, Richard Smith’s exhibition ‘New Paintings’ is featured in ART AFRICA‘s December issue, ‘Whose South is it Anyway?’ Here is a brief snippet of what Robyn Sassen had to say about the work:

‘It’s the faces. Richard Smith’s extraordinarily large charcoal drawings of people who look you straight in the eye and mesmerise you.” Not only this, but Smith’s understanding of composition, the placement of his subjects and his approach to materiality make for an interesting visual experience.

The exhibition continues until 5 January 2016. 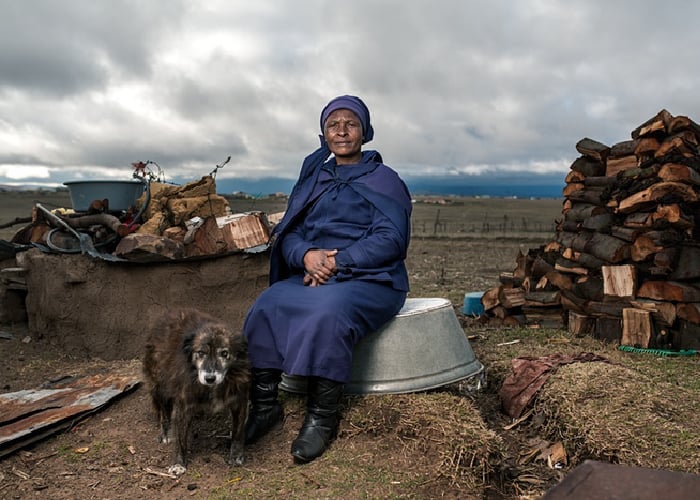 The Price of Gold is a photographic installation by Thom Pierce. Produced in collaboration with the Treatment Action Campaign, this exhibition invites its audience closer to the heart of its subject by forcing the work to be seen through the dimly lit light from miners helmets, re-creating the sense of being underground.

The exhibition is a series of 56 portraits of sick miners and widows. They are representing miners who became sick with silicosis while working in the South African gold mines in what could be a landmark case in the Johannesburg High Court.

This exhibition will be running at the Iziko Slave Lodge from the 3rd December for 3 months. 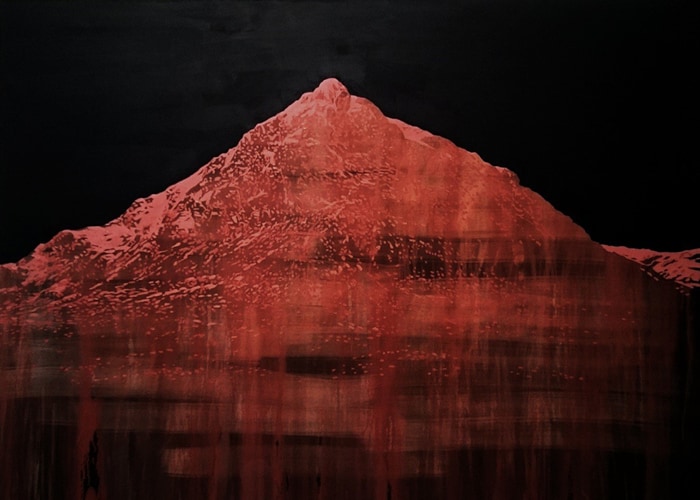 This December Gallery MOMO (Cape Town) presents two exhibitions. The first is a body of work by Jonathan Freemantle, entitled ‘Der Heilige Berg II.’ Having learnt the ancient techniques of fresco, oil and tempera painting during a six year apprenticeship in London, Freemantle began to create paintings of mountains by using the very substance of the mountains themselves. See this exhibition until 23 January 2016.

The second, entitled ‘Defining the Narrative,’ takes a look at the wide range of applications for which the medium of painting is being used as an expressive tool in the 21st century. Artists in this group exhibition inclue Blessing Ngobeni, Kimathi Donkor, Florine Demosthene, Swain Hoogervorst, Alexandra Karakashian, Gina Heyer, Pebofatso Mokoena and Marlene Steyn and Ziyanda Majozi, Jonathan Hindson and Joël Mpah Dooh. ‘Defining the Narrative’ continues until 28 January 2016. 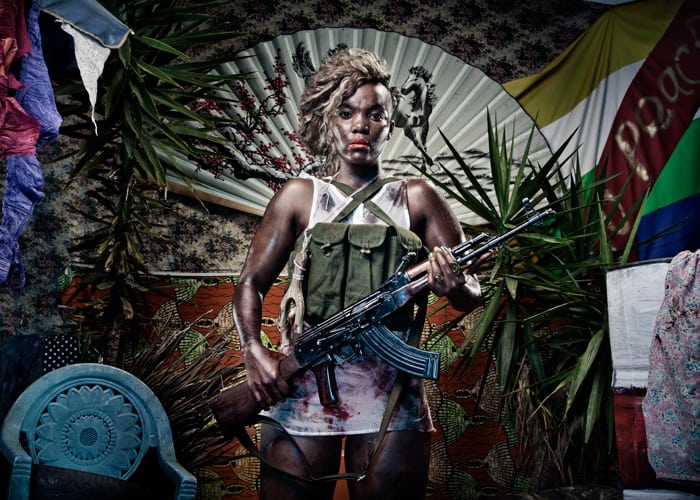 Here’s an excerpt from An Essay in Annotation by Rory Bester, which was used to form part of the exhibition ’50/50’s curatoral text:

On the occasion of The New Church Museum’s recent acquisition of a selection of photographs by David Goldblatt, this exhibition is a moment of reflection on visuality as a series of entangled and pollinated moments where looking and seeing is translated into the visual and visible, and repeated and refined into argument. In the combination of the nature of its mechanical reproduction, and the convention of the accumulation of images into essay form, the photographic medium enables the photographer to mobilise the repetitions that evolve language into argument[…] in the accumulation of work over time, it is potent to consider effects of this understanding of visuality on the making of art histories, not only of here but also from here. What is it in the nature of the pollination of the field of art that establishes cycles and patterns of repetition and recognition? And what is it in these cycles and patterns that entrenches single, multiple and/or competing notions of art history? Given that ours is a time of naked monumentalising and brooding iconoclasm, this exhibition invites meditations upon the visual languages and arguments that underscore and overturn our attachments to the things that lead to events, and the events that lead to things.

The exhibition will be open until 23 April 2016, so there’s plenty of time to check this one out! 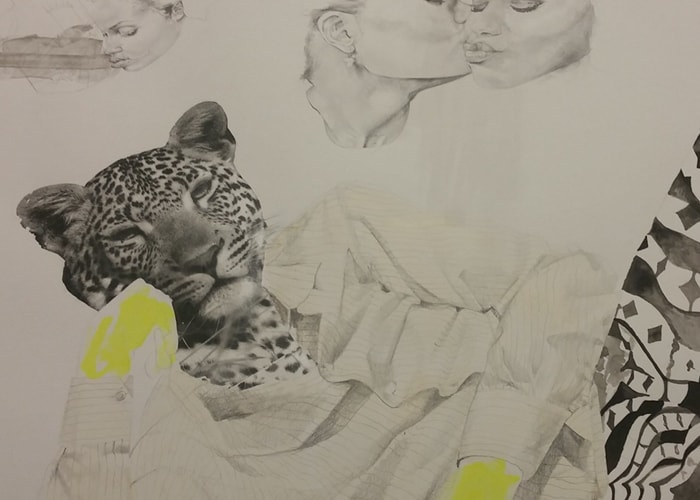 ‘Salt Water,’ an exhibition of work by ruby onyinyechi amanze at her first solo show at the Goodman Gallery in Johannesburg portrays a hybrid world through large-scale, mysterious drawings. A contemplative leopard in human form, a kiss on the cheek, yellow gloves. These layers, brought together into a single frame, speak to multiple symbolic and visual histories and are well worth the visit. 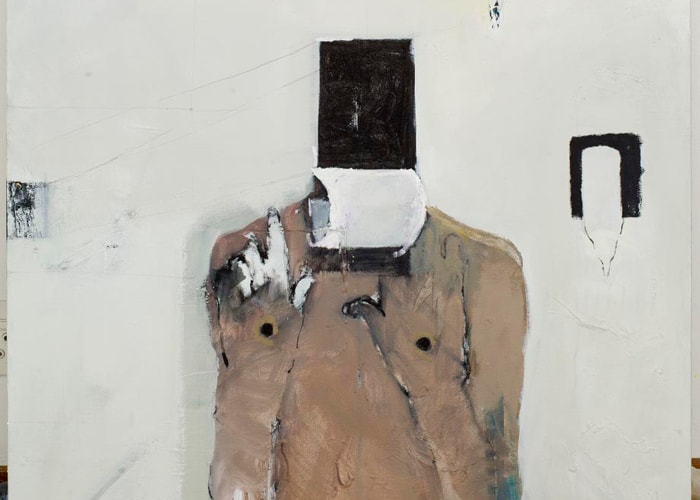 ‘Two Social Pacifiers ጡጦ*’ is an exhibition of prints and paintings by Ethiopian artist Endale Desalegn, following the completion of his second residency at Parkwood studio.

“This new body of work is a profound meditation on the ways we perceive everyday objects in light of the social structures that dictate how we relate to the world. For Endale, who was born under the Derg – a Soviet influenced communist period in recent Ethiopian history – “it is striking that the hammer and sickle universally represent communism, yet there is no one recognizable symbol for capitalism”. He calls on metaphorical visual tropes, such as a baby’s milk bottle and a pacifier, to draw connections between natural and constructed systems of social dependence. Where the milk bottle stands for the adult’s relationship to an ATM, the pacifier evokes methods of compensation used to sooth unfulfilled desires.”