Established in 1913, Everard Read Gallery has played a large role in the national and international growth of artistic practice from South Africa. In 2009 they developed a new space dedicated to contemporary South African art, CIRCA, a now iconic building within the Johannesburg landscape. This feature provides an insider’s glimpse into the work of three prominent artists exhibiting at the Everard Read and CIRCA gallery’s stand – Lyndi Sales, Rina Stutzer, and Pauline Gutter – all of whom have concurrent exhibitions running in Johannesburg during the month of September 2016. 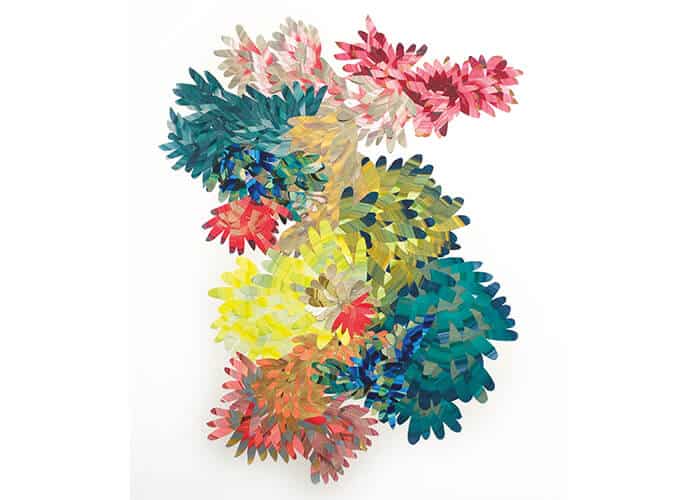 “To inhabit multiple worlds of representation simultaneously is no small feat. Tellingly, Sales finds her inspiration in the “basic building blocks of the universe.” She looks to platonic solids and to colour and to light, key ingredients in both artistic and scientific world-making. For Sales, the rainbow – a recurring motif in her practice – consolidates these so-called building materials. It is sited at the intersection of reason and wonder, but in sheer sublimity somehow exceeds the expectations of both… Sales finds rainbows everywhere. In fractals, in oil slicks, in extragalactic nebulas and in the satellite maps that survey the surface of the earth. They weave their way through her work, sometimes literally. This turn to weaving, with its delicacy and enormous capacity for detail, is a logical progression of the artist’s ongoing interest in filigrees, nets, meshes and matrices.”

Lyndi Sales has a solo exhibition running during the month of September 2016 at CIRCA gallery, JHB. 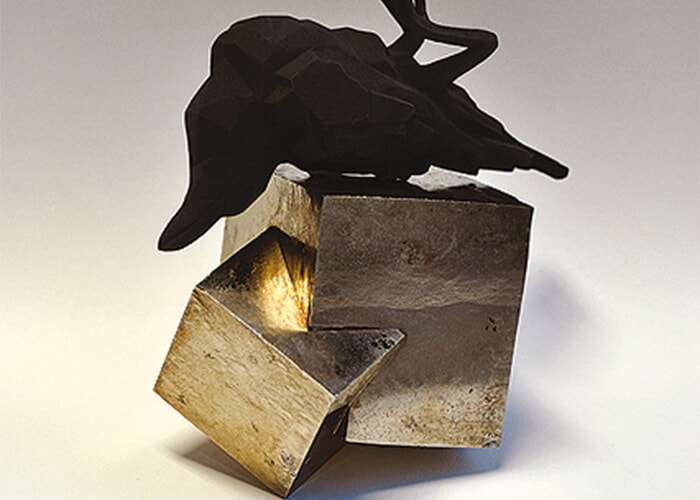 Rina Stutzer’s new exhibition continues her exploration of the transience of things: of people, of land and animals, of heaven and earth. Her work returns consistently to the dualities of existence. There is light but also darkness; grace but also gravity; intimacy but also distance; free movement but also boundaries and limitations. Her work is deeply personal but it is also inflected with the complexities of living in Africa: a continent characterised by constant movement and change. It is a place in which the concept of ‘home’ is inseparable from the anxieties of being without a home – sometimes because one is forced from one’s home, for whatever reasons. If Africa is a land of promise, its fabric is also continuously ripped apart by violence. There is nothing certain about living in Africa. But then the world today is an uncertain place. There are light and dark sides to being in flux and to the feelings of unease that this may cause; Stutzer’s work always engages thoughtfully, attentively and poetically with their intertwinement. For her dwelling means settlement but also point of departure: a beginning, an end, and a beginning again.

Rina Stutzer’s solo exhibition ‘Merely This and Nothing More’ will be on view at the Everard Read gallery, Johannesburg in September, 2016. 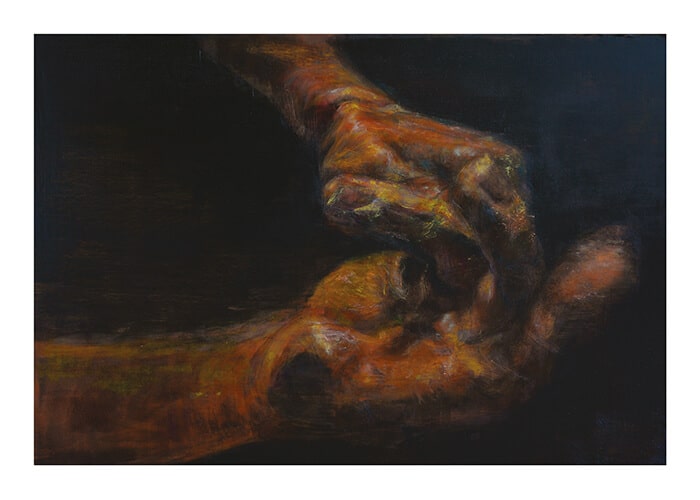 “The solo exhibition, entitled ‘because she Loved him,’ is an embodiment of various self-portrait handscapes which were inspired by the artist’s initiation into the sport of axe throwing. Intent fuels build-up, culminating in explosive release through action. Post-release, hands momentarily erupt as a result of spiralling energy, tracing the lines of movement in the form of a body of handscapes: Self-portraits through mute communication.”

Pauline Gutter’s solo exhibition ‘Serendipity’ will be on view at the Everard Read gallery, Johannesburg during the month of September, 2016.