FNB JoburgArtFair is delighted to announce Robin Rhode as the 2017 Featured Artist. Rhode was born in 1976 in Cape Town and currently lives and works in Berlin. 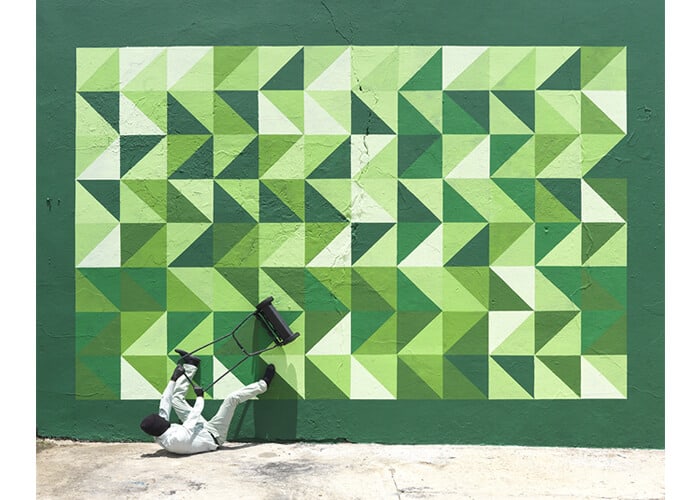 Furthermore Rhode was the artistic director of Arnold Schönberg’s Erwartung – A Performance by Robin Rhode, Times Square (2015); was included in Hybridizing Earth, Discussing Multitude, 10th Busan Biennial, Busan, Korea (2016) and What Remains is Tomorrow, the South African Pavilion at the 56th Venice Biennale (2015).

In 2008 at the first edition of FNB JoburgArtFair Rhode was selected as the Fair’s inaugural Featured Artist.

Rhode comments, “My participation in the 2017 FNB JoburgArtFair as the Featured Artist heralds a point of reflection for me in terms of understanding the arc of my practice over a given time. After my first inclusion at the inaugural edition of the 2008 FNB JoburgArtFair my interest remains in the responsive nature of the audience who have become more informed and engaging over the last 10 years.

The challenge for me is to create work that could sustain a critical relationship between the public and the idea in question. The 2017 FNB JoburgArtFair will create the platform for the idea to be accessible, engaged with, and in many ways, reinvented by the participatory nature of the audience.”

Over the years FNB JoburgArtFair has become an incredible platform for Contemporary African Art and we look forward to continuing that tradition in our 10th edition this September. Our focus this year is celebration; celebrating our galleries who have grown with the fair, our artists who drive the discourse, our patrons who have unwaveringly supported us and our audience whose curiosity has only grown with the fair. We look forward to what will be a truly special edition of FNB JoburgArtFair.