in News Articles 2013
Share on facebook
Share on twitter
Share on email
Share on whatsapp
Director Ian Gabriel’s film, Four Corners, was selected as one of the Most Beautiful Objects in South Africa by the director of King James.The film, which is set in the Cape Flats, home to the notorious Number Gang factions of the Western Cape, was South Africa’s Official Selection for Best Foreign Language Film at the 86th Academy Awards and an International Press Academy 2014 Satellite Award Nominee for Best International Film. 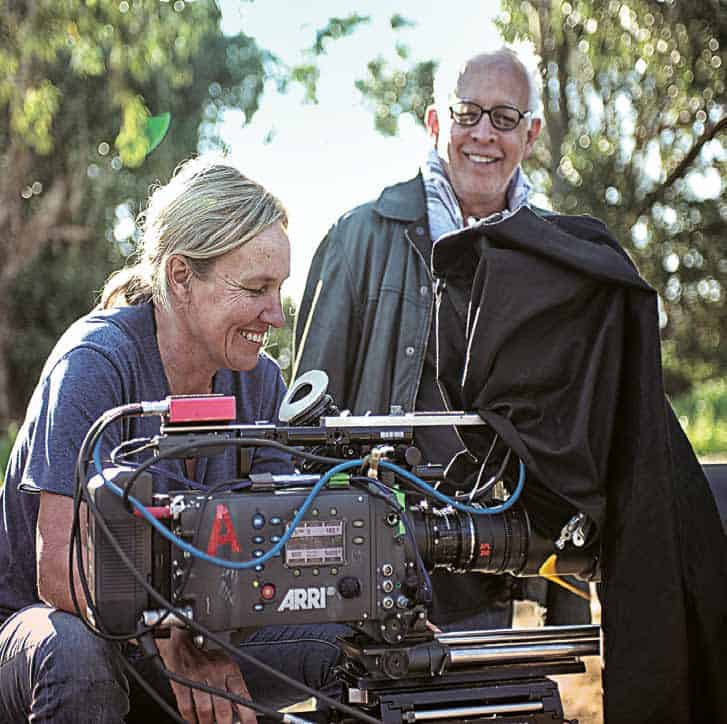 Four Corners: Director Ian Gabriel and Cinematographer Vicci Turpin on the set of Four Corners. Courtesy of Giant Films.
ASHRAF JAMAL: Hello Ian – you’re in Los Angeles right now I hear! Are you working on the international distribution of Four Corners? What are you seeing-feeling out there in Hollywood? Four Corners was selected as one of the most beautiful objects in South Africa by the creative director of King James. The irony is that the selector loves it because in the film you make the ugly beautiful … can you comment on your own aesthetic choices in the making of the film?
IAN GABRIEL: The Greek root for the term beauty and for the natural order of things is hora, which is suggestive of the notion of beauty as being located in a particular moment and being ‘of the time’. If there’s beauty in Four Corners I think it’s because it has been perceived as being ‘of this time’ in South Africa. The Four Corners subject, and more broadly the inside story of this and other marginal communities in South Africa, has often been ignored, causing members of the Cape Flats community to frequently refer to their society as ‘forgotten’, a term I often heard while making the film. Personally I prefer to think in terms other than ‘making the ugly beautiful’, which presumes a set of observational judgments based perhaps on our feelings about the tough, marginal nature of life in the community that Four Corners explores. If I spoke about ‘making the disturbing fascinating,’ which has always been an integral part of the film making process and accounts for a lot of the fascination we feel for hundreds of movies that we know and love, that would be a closer description to what I think the film does. Beyond this notion I’d suggest that a lot of what is explored in Four Corners is that often intangible, hard to grasp sense of emotional beauty that we experience when we reach out to the communities in our midst. When that experience touches us we respond and find beauty because it confirms that we’re all still part of a greater more humane universe than the more me-oriented one we busy ourselves with from day to day. 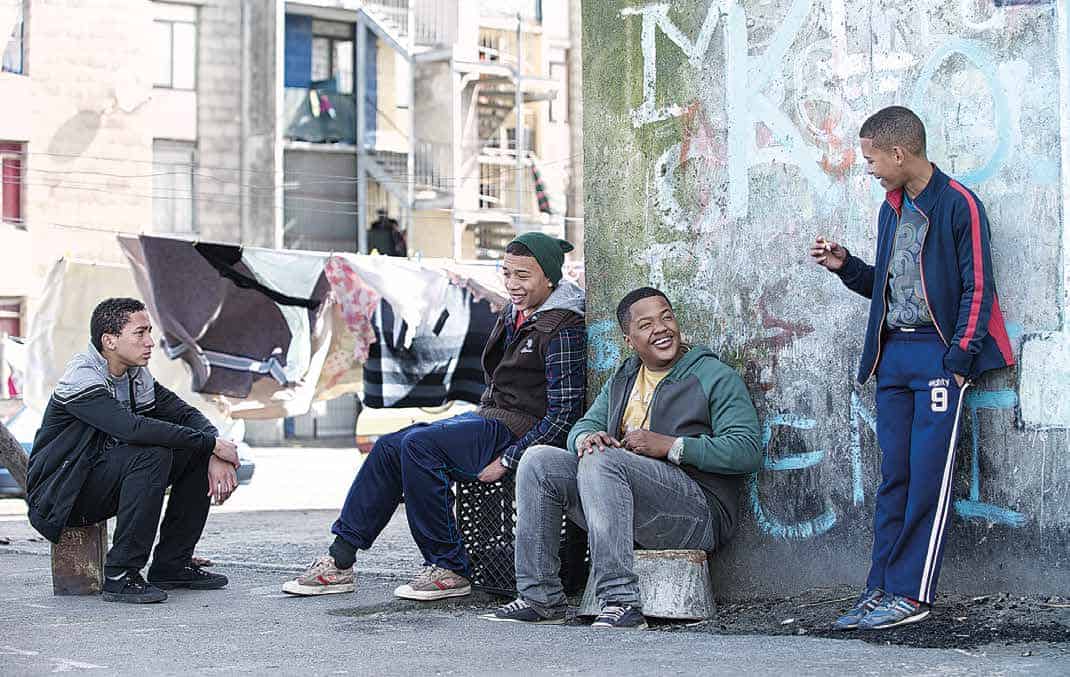 Behind the scenes on the set of Four Corners. Courtesy of Giant Films.
The gangster film is deeply rooted in SA cinema – it’s a genre unto it own! Can you tell us why you choose to stick with this tradition? And why did you choose the Cape flats – a terrain very different to the one you usually occupy – as your mise en scene of choice?
Many South Africans live in close proximity to two things, a sense of physical danger often generated by a high level of crime in our society, and a marginal community where life is tough and choices are few. Probably the most frequently recurring Cape Town story of the past 10 years has been the continual reportage of gang activity and gang war and its effect on youth in the Cape Flats. The fact that all this is happening no more than five kilometers from the heart of Cape Town city makes me surprised that the subject has not been addressed on film and in art sooner and with more frequency. And that we’ve failed to make films with coloured actors playing coloured roles – that strikes me as odd and it suggests to me that South African artists (including film makers) need to focus their attention on all subjects that present themselves as pressing in our lives. I believe that the Four Corners subject presents itself in that way. I’m open to any story that I am offered access to.
A prevailing view is that Four Corners is great to look at but a bit thin on psychological motivation and depth of character– how do you feel about that? More generally, what’s your view on plot versus character in South African film?

Read the full interview in the July Edition of the free Art South Africa Digital Magazine, available on the Apple App Store and Google Play Store.