Emilija Škarnulytė (Lithuania) is the winner of the Future Generation Art Prize 2019, the fifth edition of the global art prize for artists under 35, established by the Victor Pinchuk Foundation in 2009. The winner was announced by the international jury at the award ceremony in the PinchukArtCentre, Kyiv, Ukraine on 22 March. Emilija Škarnulytė received a total of $100,000: $60,000 as a cash prize, and $40,000 to fund their artistic practice. 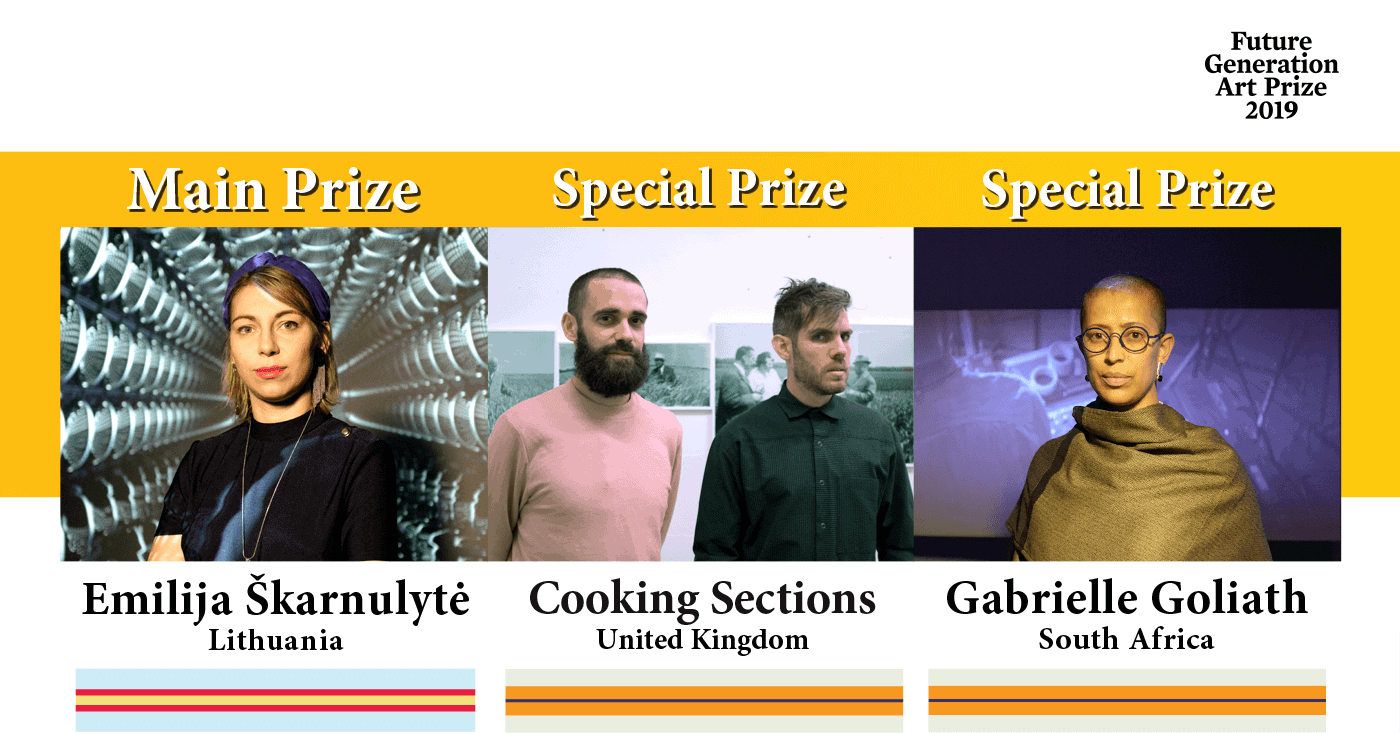 “It is exciting to be part of a prize which champions current, dynamic and talented young artists. The truly global nature of the prize allows creative voices from all over the world to be represented. Aptly for this year’s edition of the Future Generation Art Prize, which is now in its 10th year, the work explores the ‘archaeology of the future’, questioning the possibilities of tomorrow. All the artists in this year’s exhibition have shown an undisputed quality of artistic acumen – deciding the ultimate winner was incredibly difficult.” 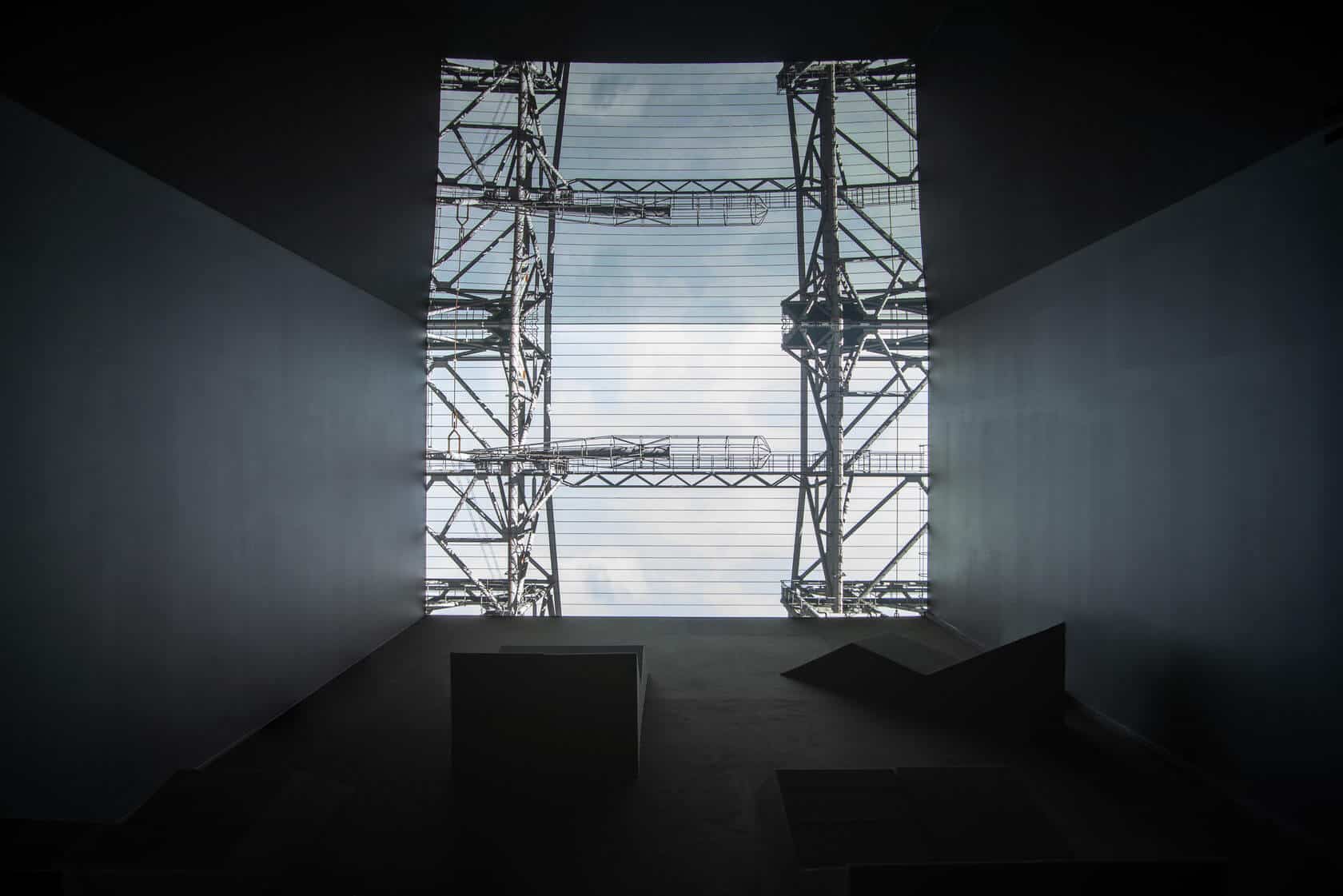 Commenting on Emilija Škarnulytė as the winner of the Future Generation Art Prize 2019, the Jury said:

“Emilija Škarnulytė’s work “t 1 ⁄ 2” stems from deep and extensive research which has been translated in a coherent and confident way. The jury found its scale, rhythm and pace mesmerising alongside its capacity to deal with vast expanses of time in a precise manner.

Her use of video expands into a multi-dimensional experience, confronting many of the major issues facing humanity which are often left unspoken. Without being overtly didactic, the work stays open-ended and poetic while raising fundamental questions about where we come from, who we are and where we might end up.” 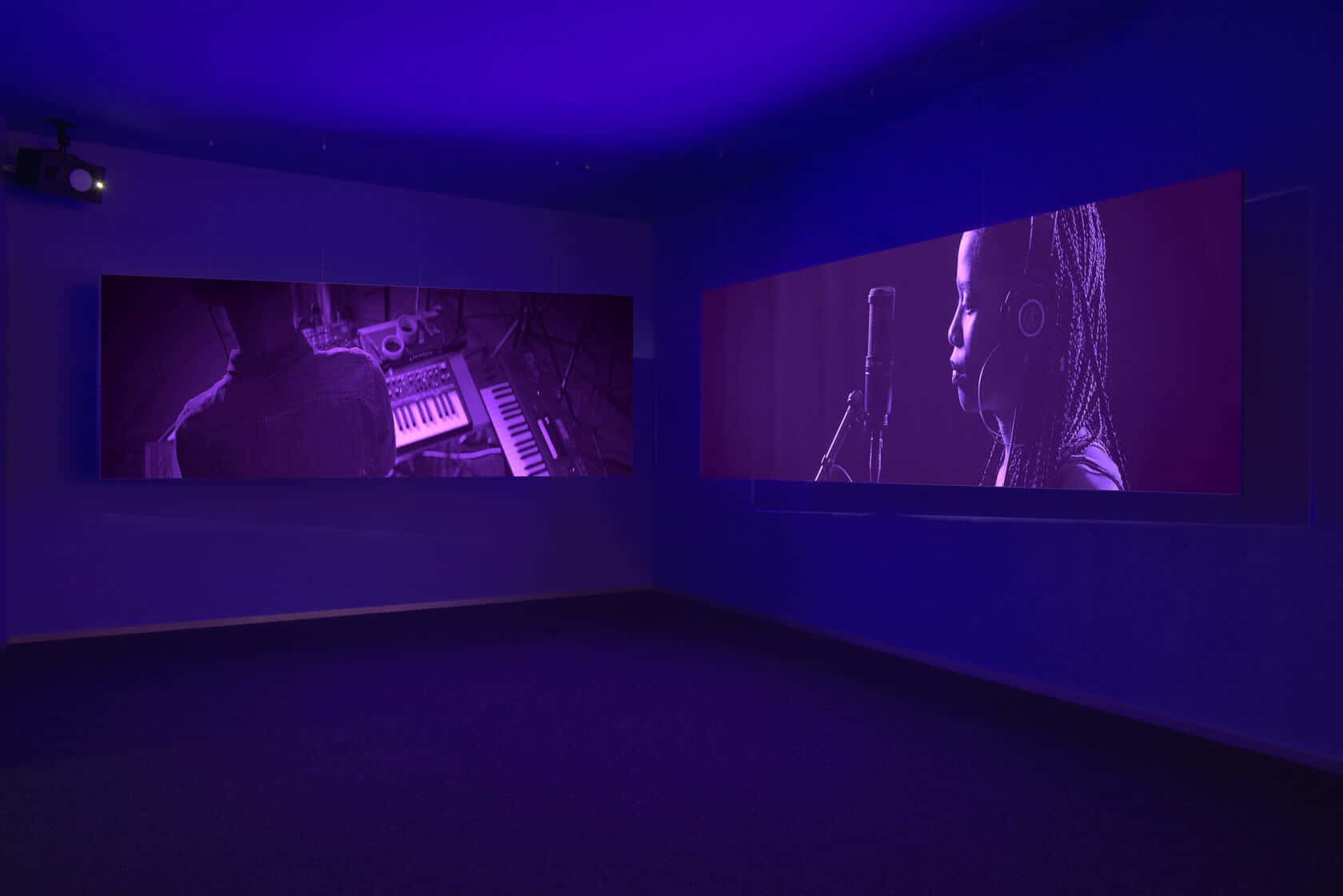 Commenting on Gabrielle Goliath as the winner of the Special Prize, the Jury said:

“We admired her handling of such difficult and important subject matter in a touching yet sharp manner in the work “This song is for…”. It speaks directly and emotionally to the viewer while generating a powerful sense of discomfort. The work leaves room for personal reflection and maintains respect for the six individual testimonies.” 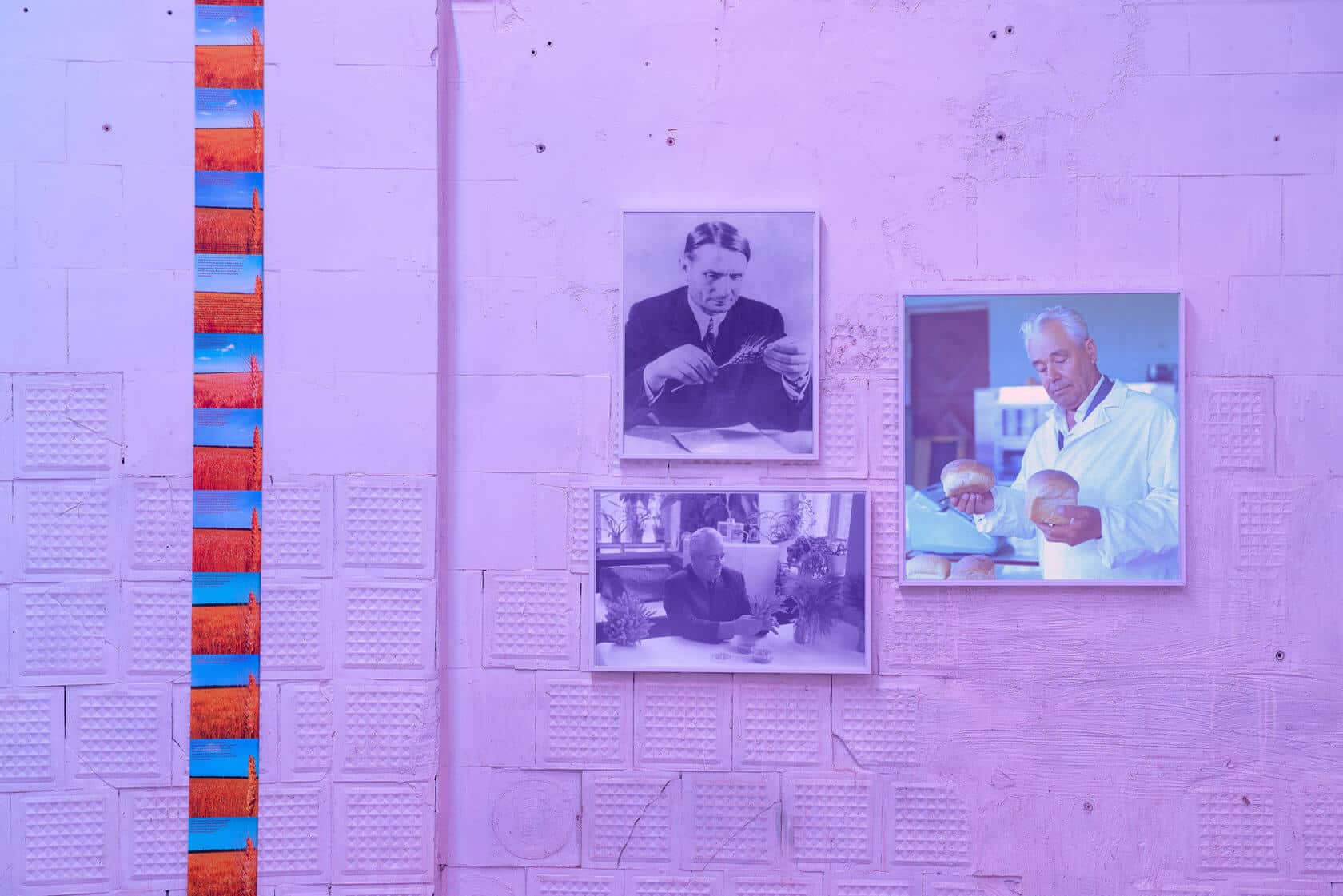 Cooking Sections, CLIMAVORE: For the Rights of the Soil Not to be Exhausted (2019). Site-specific installation. Co-produced by PinchukArtCentre. Special thanks: Svitlana Lavrenchuk; Alexandra Tryanova; Olga Bezverkha; Mykyta Momot; Daniil Revkovskiy; Mariia Shenknekht. Image courtesy of the artist and PinchukArtCentre © 2019. Photographed by Maksim Belousov.

Commenting on Cooking Sections as the winner of the Special Prize, the Jury said:

“We have a deep respect for an artistic practice that engages with serious issues. Through the work “CLIMAVORE: For the Rights of the Soil Not to be Exhausted”, Cooking Sections proposes a better future and successfully engages a broader public to increase awareness of such issues.

All the shortlisted artists will take part in the Future Generation Art Prize 2019 @ Venice group exhibition organised by the PinchukArtCentre as an official Collateral Event of the 58th International Art Exhibition at Palazzo Ca’ Tron. As the winner of the Future Generation Art Prize 2019, Emilija Škarnulytė will present her solo show at the PinchukArtCentre in Kyiv, in 2020.”

Anna Zvyagintseva is included as the winner of the PinchukArtCentre Prize 2018 – a national contemporary art prize awarded to young Ukrainian artists up to the age of 35. All other artists were chosen by an international selection committee, which includes: Natalia Valencia Arango, Associate Curator, Estancia Femsa Casa Barragán (Mexico City); Julie Boukobza, Director of Luma Arles residency programme and 89plus residency at the Lab of the Google Cultural Institute (Paris); Tatiana Kochubinska, Curator, Research Platform at the PinchukArtCentre (Kyiv). Tumelo Mosaka, Chief Curator for the Investec Cape Town Art Fair; Zeynep Öz, Curator, Turkish Pavilion at the Venice Biennial 2019 (Istanbul) and Richard Riley, independent curator and Chair of the Gilbert & George Centre (London).