Get Ready for Design Indaba 2014 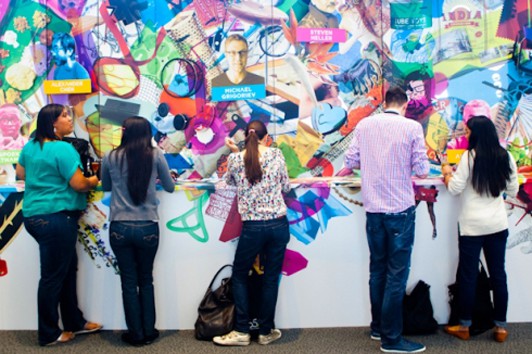 image: Design Indaba Conference 2013 at CTICC.
Design Indaba celebrates its 20th anniversary of championing design. In the past five years alone, Design Indaba has contributed over R1.3 billion to the South African GDP – the single biggest economic impetus to the design industry in the country.  We believe that the design industry is one to be reckoned with, can change the world around us for the better and contribute to local and global economies; the success of Design Indaba is evidence of this.
This is also a big year on local calendars as Cape Town marks its status as 2014 World Design Capital. To celebrate properly we have lined up an unprecedented programme of events for 2014. Continuing our proud legacy of curating an exceptional line-up of inspiring creative events, this year’s Design Indaba festival will consist of:
Design Indaba Conference 2014: 26 to 28 February 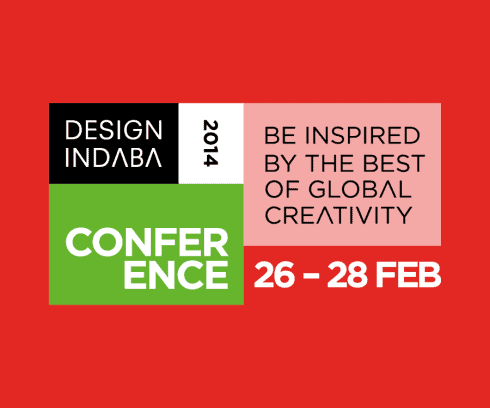 More than 40 of the world’s leading design minds take to the Design Indaba Conference stage this year in what will be the most sensorial experience in the event’s history. Audiences can look forward to multidisciplinary presentations that defy the traditional “talkshop” format from designer superstars such as British architect Thomas Heatherwick, graphic designer Stefan Sagmeister and award-winning local author Lauren Beukes.
Our diverse group of speakers comprise sound designers, architects, curators and ad maestros with a panoply of perspectives from over 20 different countries. This year more local design fundis join in the fun as we expand our audience to Simulcast venues in Cape Town, Johannesburg, Durban, Port Elizabeth and Potchesfstroom.
designindaba.com/conference
Design Indaba Expo 2014: 28 February to 2 March
(Buyers/Media Preview: 27 February)

Design Indaba Expo, which has grown to become the biggest curated design event in the Southern Hemisphere, will for the first time look north of South Africa’s borders to include work by creatives from other African countries. A centrepiece exhibition, Africa Is Now, a Design Indaba project, will introduce visitors to the latest developments in architecture, fashion, social and industrial design, and technological innovation sweeping the continent. Expect emerging, established and unexpected talent from countries such as Morocco, Malawi, Uganda and Angola.
The Expo is a major event on the local design calendar, attracting local and international trade members sourcing the best of South African design as well as thousands of visitors stocking up on the latest inspiring products.
Once again, Design Indaba Expo will ignite debate about what constitutes beauty through the Most Beautiful Object in South Africa competition. This year, we’ve invited 12 editors and cultural commentators including ‘it-girl’ Bonang Matheba, Marie Claire editor Aspasia Karras and Mail & Guardian editor Chris Roper, to nominate an object they consider to be SA’s most beautiful. The public will be called on to vote for their favourite object through pre-event coverage in the Sunday Times and at the stand on the Expo floor.
The Emerging Creatives, our hugely popular talent incubation platform, goes a step further this year with a pilot mentorship programme sponsored by the Department of Arts and Culture, that paired eight up-and-coming designers from previously disadvantaged backgrounds with an expert in the design field to help them refine a product to showcase at the Expo.
designindaba.com/expo
Design Indaba FilmFest 2014: 21 February to 2 March 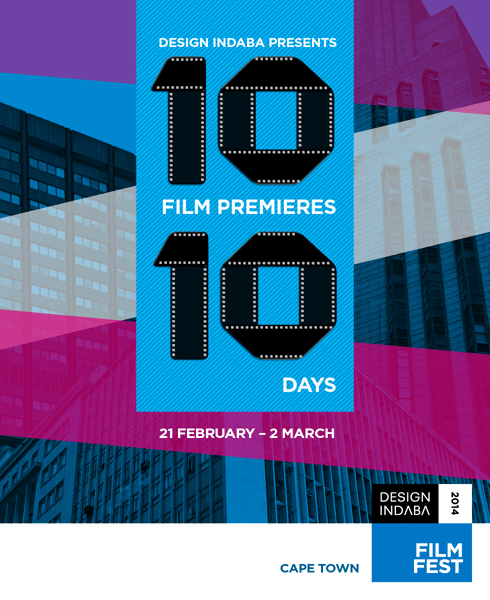 Design Indaba FilmFest presents 10 documentary feature films, never before seen on South African soil, in an unforgettable al fresco setting. From intimately told, quirky narratives to bold conversation-starters, they showcase the genius and passion that drives creativity in endeavours such as urban planning, old-school sign painting, skateboarding and photography.
The festival takes place over 10 nights at two different venues that capture both the heritage and picturesque beauty of Cape Town. Maiden’s Cove in Clifton will host three films, screened in an old-school drive-in style setting. Viewers will enjoy cinematic brilliance with the Atlantic Ocean on one side and the Twelve Apostles on the other. Cape Town’s oldest surviving building, the Castle of Good Hope, hosts the remaining seven films outdoors, with the audience picnicking against the backdrop of Table Mountain.
designindaba.com/film
Design Indaba Music Circuit 2014: 26 to 27 February
Design Indaba once again hosts a series of world-class music events in Cape Town to celebrate music as an art form and a medium to spread the message of creative thinking. The Design Indaba Music Circuit is unmatched in its approach and execution, allowing the people of Cape Town and visitors to Design Indaba to explore the city’s soundscapes in a variety of unique and authentic settings.
Ten of the best venues Cape Town has to offer showcase a progressive blend of South African and African musos in genres such as electronica, jazz and hip-hop blends, afro-house, new age kwaito, folk and soul.
designindaba.com/music
To ensure you have the most up-to-the-minute information on Design Indaba 2014 and ticket sales, go to designindaba.com or follow Design Indaba on Twitter or Facebook.