Goodman Gallery will present three booths at the 2017 Cape Town Art Fair (CTAF), held from 17-19 February 2017 at the Cape Town International Convention Centre. In addition to a group exhibition in the main section of the fair, the gallery will participate in two of the show’s special features – Tomorrows/Todays and Past/Modern – as well as launch Kudzanai Chiurai’s new monograph as part of Woodstock Art Night. 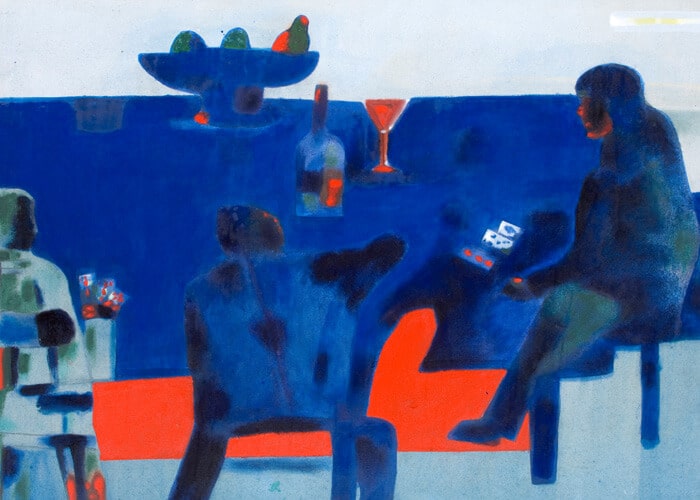 For its main booth, Goodman Gallery will present new and recent work by a diverse group of contemporary artists, both established and emerging, whose practice engages in a dialogue with the African context. Nolan Oswald Dennis, winner of the 2016 FNB Art Prize, will show a new mixed-media work on paper, No Conciliation (After Vendôme), which reflects on the uncertain after-life of memorial artefacts. In Misheck Masamvu’s new painting Glamour ’n Protest, the antagonism between figuration and abstraction echoes the contradictory dynamics often underlying mass political protests. Michael Subotzky will feature works from his ongoing ‘smashed’ series in which the artist engages with his own complex relationship to photographs in his archive. William Kentridge will show two ink drawings of Patrice Lumumba that emerged from research for Notes Towards a Model Opera, his major retrospective in Beijing in 2015. The booth will also feature a video installation by Samson Kambalu*, a new artist to the gallery, born in Malawi and now based in London. Other artists with work on show will be Kudzanai Chiurai, Gerhard Marx, Kendell Geers, Carla Busuttil and David Goldblatt, whose 2015 photograph depicts the removal of the Cecil John Rhodes statue at the University of Cape Town.

Goodman Gallery is proud to exhibit a group of significant works by renowned painter Robert Hodgins, for whom the gallery was a home base from the mid 80’s until his death in 2010, just before he turned 90. The Past/Modern section of CTAF features works that have never been exhibited before and some works shown only once many years ago. They include paintings, drawings, a rarely seen gouache work and oil monotypes. Works are dated over a period of some 30 years. The exhibition will have broad appeal for Hodgins’ fans while offering some unexpected surprises among the output of a South African master of the modern era. 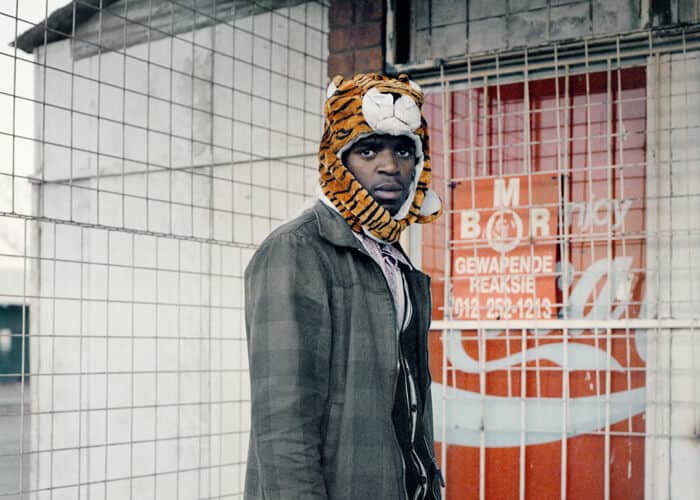 Goodman Gallery will exhibit Thabiso Sekgala’s Second Transition series of photographs in Tomorrows/Today, a CTAF special project bringing together the most thought-provoking young artists from Africa and its Diaspora. This body of work by the late Johannesburg-based artist was photographed in the areas around the mining town of Rustenburg, one of the biggest platinum producing areas in the world. The series’ title refers to the ANC’s initiative to address the country’s economic inequalities, which was dubbed the ‘Second Transition’ – an initiative that Sekgala’s photographs resoundingly refute. Referring to the massacre of miners at the nearby town of Marikana in 2012, Sekgala stated: “For me this event was a reminder of the cruel system that continues to imprison poor people in the cycle of poverty. What happened during apartheid happens even now in the new democratic state.”

Let me begin again, the second edition of our South-South series, features the work of 24 artists from the Global South – Cuba, Brazil, South Africa, Angola and Mozambique, among others. The show considers a paradisal vision of racial and class equality and autonomy from Western domination that was championed in the mid to late 20th century. It explores the intersection and unravelling of ideologies that emerged after revolution in Cuba, the end of military dictatorships elsewhere in Latin America and independence in Africa, building up to the end of apartheid in the 1990s. 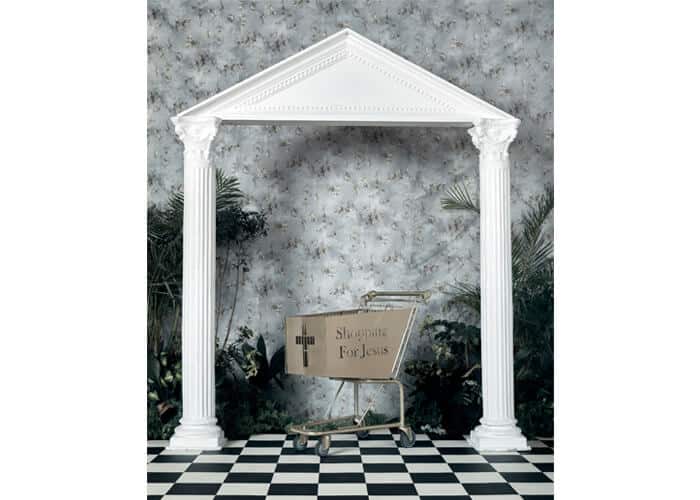 Main Gallery (3rd Floor, Fairweather House)
Ângela Ferreira, born in Mozambique but based between South Africa and Portugal, explores the impact of colonialism and post-colonialism on contemporary society. Her performances originate in in-depth research exploring how European culture was adapted in the colonies. In Wattle and Daub, Ferreira uses the traditional mud and twig building technique to construct a fence in front of a projected image of Portugal’s old slave market building in Lagos, Algarve. The installation includes a live performance – by Mozambican artist Lizette Chirrime for South-South – of a song based on Jorge Ben Jor’s 1974 piece of music titled Zumbi. The song is about Zumbi dos Palmares (1655-1695) and his quilombo, a hidden community of escapee slaves that have become symbols of the African resistance in Brazil. Zumbi was one of the most important leaders in that time and was the last king of Palmares (1605-1694), the largest quilombo in Brazil that had more than 30 000 habitants. The song’s lyrics describe the scene of a slave auction, ending with hopeful speculation about what will happen when Zumbi arrives. The refrain “Angola, Congo, Benguela, Monjolo, Cabinda, Mina, Quiloa, Rebolla” evokes the African origins of the slaves who were put up for sale in the song.

Main Gallery (3rd Floor, Fairweather House)
Grada Kilomba is a Portuguese writer, theorist, and interdisciplinary artist with family roots in Angola and São Tomé e Príncipe. Her work is based in the interstice between practice and art theory, creating mostly performances, videos, installations and spoken and read text. In her performances, Kilomba brings the oral African tradition into a contemporary context, using texts, narration, images and video projections to recover the memories and realities of a postcolonial world. “There is nothing new to say,” insists the artist, “because we all know that we’re still inhabiting the geographies of the past.” To explore this coexistence of times – in which the past seems to coincide with the present and the present seems suffocated by a colonial past that insists on abiding – Illusions gives us a glimpse into our narcissistic society, which offers up little by way of symbols, images and vocabularies with which to deal with the present. The artist recounts an illusion of times and spaces through the myths of Narcissus and Echo: Narcissus is enchanted by his own reflection on the lake surface, ignoring all else, while Echo is reduced to endlessly repeating what she’s heard. The question is, how do we break out of this colonial mould Kilomba’s video-installation The Desire Project (2015-16) is included in South-South: Let me begin again.