This article will be published online in three sections.

I come to writing with no great learning / Except my life and the lives of the people / Of whom I am a part. For centuries, / Others have written about us / I write to change that / Instead of moaning about it. / I write so that children who look like me / In my country, / And my people, dispersed / Throughout the world, / May see someone who looks like them / Do this thing that for so long / Not belonged to us. / I write so that the tale of the hunt / The hunted; the hated of this world / For only then, will that story / Be anywhere near complete … 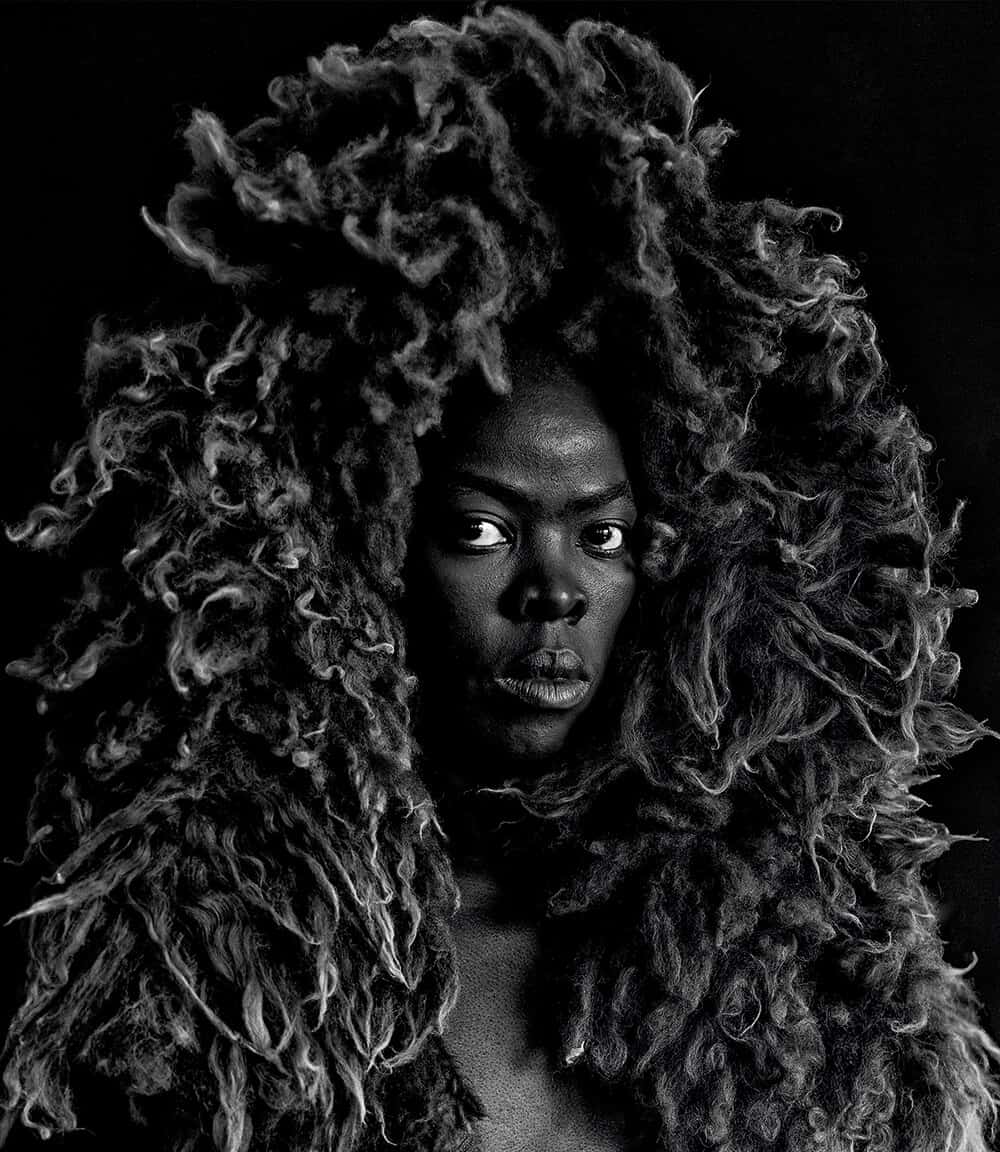 In her 2000 book, All About Love: New Visions, author, feminist and social activist, bell hooks, wrote that “the practice of love offers no place of safety. We risk loss, hurt, pain. We risk being acted on by forces beyond our control.”

Seventeen years on, and her words – while they have always spoken of a certain and undeniable truth – seem ever more relevant when we speak of the LGBTQI+ community. In an age where Donald Trump is the leader of the ‘free world’, Vladimir Putin’s Kremlin openly supports Chechen leader Ramzan Kadyrov’s denials of an anti-gay purge in Chechnya, and South Africa remains one of only 17 countries out of 55 that acknowledge queer lives in Africa, it is more pertinent than ever that the painful relationship between love and violence, and the marginalisation of the LGBTQI+ community is recognised more deeply across the globe.

And it is artist, cultural activist and dark lioness – Zanele Muholi – who is pioneering the creation of monuments and memorials dedicated to queer, black and female strength. Exceptionally gregarious and acutely aware of the issues that her community continues to face, ‘Muholi’ – which translates directly from isiZulu as ‘leader’ – has taken it upon herself to document and photograph black LGBTQI+ lives, both in South Africa and from across the world.

Currently travelling across America, Muholi records her experiences – and openly so – on Instagram, expressing an extraordinary capacity for love while engaging with humans from all walks of life about the black queer community. Her page has a reach of over 60 000 followers and is itself an ode to gender-queer strength. In a post published on 13 October 2017, Muholi lies on her stomach in a hotel bath, her head peeking out above the rim of the bath, and she tells viewers happily that it is her ninth day in the United States.

In posting a video of herself in the bath – usually a space of privacy – Muholi is at once rendering herself vulnerable to the camera, the gaze of her viewers, and affirming her beauty, strength and humanity as a black, lesbian woman. Almost in stark contrast to this video, is another posted to social media two days prior. Here, Muholi gazes silently and intently into the camera, her eyes slightly moist, a white towel over her head, and her long dreads hanging loose around her face. She takes a deep breath and raises her head to gaze down into the camera, confronting those who gaze back at her. 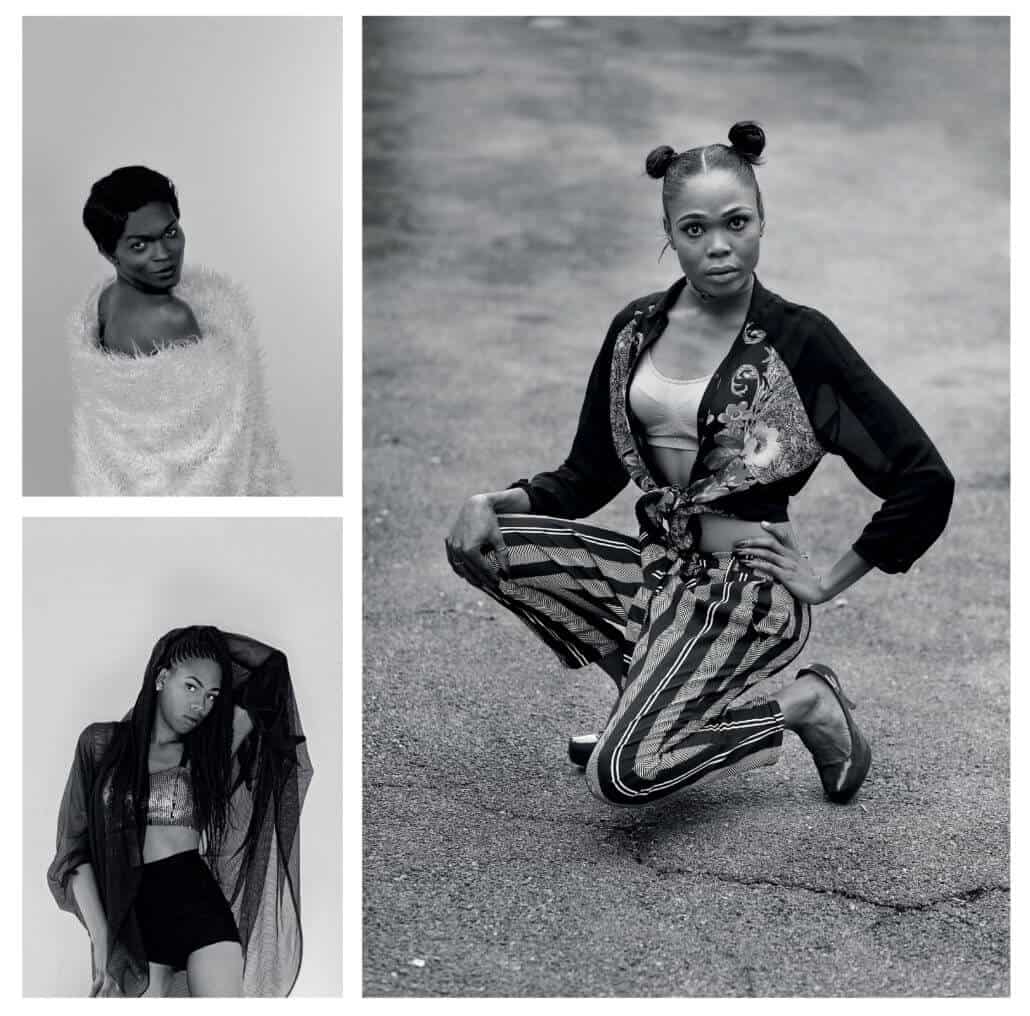 It is an act of defiance, a statement reminding her viewers of the harsh reality of queer life, the struggles for social acceptance, and the ever-increasing threat of violence that has for too long accompanied the lives of queer and transgender individuals. Muholi is reminding us, like bell hooks, that the practice of love, quite often, can also be a place of danger.

South Africa is considered to have the most progressive Constitution in the world – explicitly forbidding any form of discrimination based on sexuality – and yet, in spite of this, South Africa also holds claim to one of the highest counts of rape globally, where ‘corrective rape’ is practised to ‘cure’ women of their homosexuality. Violence remains rife in a post-apartheid society, and there is a visible hierarchy which places women, lesbians and queer lives – especially those from poor socio-economic circumstances – at the bottom.

Going hand-in-hand with this violence is a severe lack of media coverage, documentation, and education around the LGBTQI+ community. According to an article published in the International Journal of Humanities and Social Science, the “study of homosexuality has in the past been greatly curtailed by what some authors referred to as ‘academic amnesia’ or ‘academic defiance’” when taking into consideration the vast amount of stigma around this ‘issue’.

Muholi confronted this ‘academic amnesia’ head-on with her series Faces and Phases in which she captured the portraits of over 200 black, lesbian, South African women – simultaneously creating a visual statement, archiving the lives of a community otherwise deemed invisible and subverting the notion of a heteronormative mainstream society.

Following the xenophobic and homophobic attacks in South Africa in 2008, Muholi extended her documentation of lesbian South Africans to photograph women from other African countries – offering a powerful statement about the multiplicities that exist within the human race. The series is at once an act of social activism, a monument to black gender-queer strength and an extraordinary declaration of love.

While Muholi seeks to establish the lives of the LGBTQI+ community within the mainstream, her work – and especially Somnyama Ngonyama, translated from isiZulu as ‘Hail, the Dark Lioness’ – is also a revolution all of her own making. In an article published by Autograph ABP, Hlonipha Mokoena writes that “it is not a political ideology that she is raging against nor is she positioning herself against an ‘ism’. She is neither on the offensive nor the defensive. She is not even in the habit of explaining what she is doing. Yet, her Somnyama Ngonyama is a resplendent revolutionary act. She is taking on the whole history of the representation of black skin/s in visual art.”

In this haunting series of self-portraits, Muholi has turned the camera on herself and is reclaiming her blackness – which she feels has been continuously performed by the privileged other – reminding us that ‘blackness’ does not exist only in opposition to ‘whiteness’. Her photographs return ‘blackness’ to the texture of her skin, the refraction of light on her dark body, the ‘luminescent explosion of melanin’.

What also lends itself to the series’ power is Muholi’s reflected and watchful gaze, present in almost every photograph – a direct jab at popular culture magazines like Vogue, which for years have set the precedent for what constitutes beauty. She is at once affirming her presence as a black woman in an art history, which has been predominantly dominated by a Western worldview, and establishing a platform for conversation between herself and her viewers.

I’ve made it my duty to produce content that spoke to me, that had to do with our own lives because I’m ONE OF US – NOT ONE OF THEM

Muholi is looking to educate us about the violence imposed on black female bodies throughout history – bodies left to fend for themselves amidst fragments of a former war zone – capturing the very complex relationships between love and pain, violence and blackness. And it is a global violence that affects these bodies; photographs captured in numerous hotel rooms at various locations around the world, imagining her black, queer body in spaces in which it previously – and still today – might not have been visible.

Hlonipha Mokoena also writes that “the audacity implied here is Muholi’s singular contribution to the aesthetics of blackness and the catalogue of the tribulations of ‘being black in the world’. Where others would approach this dual burden/blessing with trepidation or indignation, Muholi seems to approach her predicament as an opportunity to create unforgettable personae.” At once both resilient and vulnerable, Muholi’s portraits come, again, as a monument to the hardships faced by black, female and queer bodies and their continued strength in the face of adversity.

In Somnyama Ngonyama, Muholi is reclaiming her identity through photographing herself, documenting herself, and archiving herself – and in doing so, has written so that those who look like her, both in South Africa and dispersed throughout the world, may see someone who looks like them, doing this thing that for so long did not belong to them.

It is evident that in her approach to photography and cultural activism, Muholi holds fast to her remarkable capacity for love, defying the heteronormative mainstream and establishing her and her community’s place as black, gender-queer women in society. In resistance to the prevailing violence towards women and the LGBTQI+ community, Muholi is going beyond the arts, and writing a visual history for a world where, perhaps one day, the practice of love may offer a place of safety.

Ellen Agnew is a writer on ART AFRICA’s  editorial team.