Since then, Haldane and his studio have continued to contribute immensely to an emerging innovative design language within South Africa – a language that has seen his early furniture works and contemporary spaces celebrated both nationally and globally.

Haldane’s work is largely synonymous with the socio-political landscape of South Africa, where designs such as his Zulu Mama Chair, Fiela Feather Lights and Songololo Sofa have all explored South Africa’s unique multicultural identity as a nation.

“Much of my early furniture design work has been about asking the question: who are we as new South Africans post 1994? The beginning of my career happened to coincide with this positive turning point in our history, and these designs were my attempt at providing a tangible answer to this question. I also hoped to design objects which could potentially help us to understand ourselves and create a sense of belonging to our time and space.”

Another of Haldane’s iconic designs that reflects South African identity and contributes to the emergence of a national sense of unity, is his award-winning and highly lauded interior for Truth Coffee headquarters based in Cape Town’s CBD.

Completed in 2012, Truth is located in an old Victorian heritage building in an area that was previously known as District Six.

“Designing a public space plays an important role in society. Public spaces are the grounds for human interaction, and the design of these has the potential to contribute to the sense of a place, and cultural and historical significance, of an area. We were careful to preserve the original structure of this Victorian heritage building, whilst enhancing the original architecture – adding character and an iconic identity through unique conceptual design work.

“Creating a public space is also like creating a new cultural form, and designers have a responsibility to honour that through their work. A lot of research goes into our concepts, and attention to detail and quality of work are integral to execution.

“We want to create spaces that add something to the environment and is meaningful in some way to the people living there, and the people that interact with these spaces.”

Haldane also designed the MAD GIANT Brewery and Restaurant in Johannesburg – a building that was formerly an elevator factory in Joburg’s industrial hey-day – which has come to illustrate how gentrification can positively contribute to the revival of African urban spaces.

Every aspect of the interiors of this space have been custom made exclusively for MAD GIANT.

“This really is what sets us apart as an interior design firm. Our interiors are custom designed down to the smallest detail, if budget allows, because this is the best way to truly manifest the identity of a brand in a three-dimensional environment. 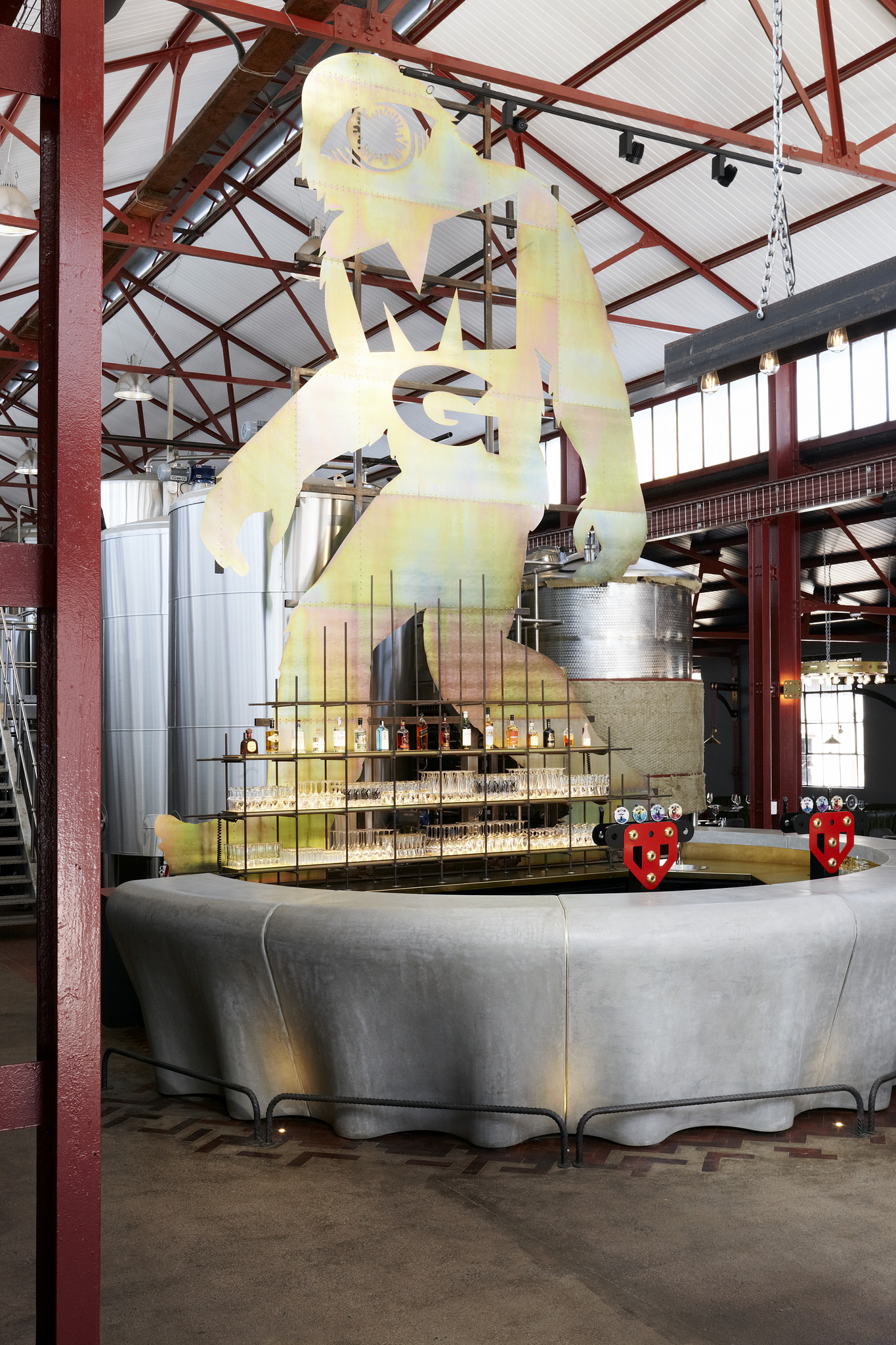 “We create harmony between high-concept interior design and original furniture pieces and fittings that best represent the brand’s identity – while often paying homage to the original building and respecting its location, particularly in the case of heritage buildings, as the space needs to make sense within its geographical and historical context, and not just for its commercial value.

“As designers of physical, public spaces it is our duty to create original designs that are not only relevant but timeless, and which contribute to improving – or restoring and reviving in many cases – places with cultural significance.”

South Africa, and Africa, has recently experienced a surge in interest in all things ‘local’, especially with regards to the food, beer, wine and design industries. According to Haldane, design is always looking for new solutions and alternate ways of thinking and creating, so perhaps it’s not surprising that the growing interest in Africa has had a notable design impetus.

“Always known in the West as ‘deep, dark Africa’, Africa has been relatively unknown worldwide until fairly recently. Africa has also been incredibly stereotyped, romanticized, and dumbed down in its understanding and representation – most notably by the West.

“Global perceptions are shifting, and much of the world is waking up to Africa’s incredible diversity, resourcefulness, creativity that’s very contrary to European tradition, and innovation in its often-ingenuous solutions to unique challenges.

“Hopefully this interest continues to grow in a way that understands the diversity of this continent and its multifarious cultures. A homogenized picture of ‘traditional Africa’ with people in animal skins herding cows is so far from the daily reality – not to mention cringe worthy – experienced in the vibrant, emergent urban hubs that are Africa’s cities – bourgeoning with new ideas, technologies, fashion, hybrid art forms and alternative approaches to design.”

Haldane’s work has found inspiration in the depth and diversity of Africa, where he describes his work as having a certain ‘African flavour’. However, with the rarity of true uniqueness and originality, Haldane has learnt how to avoid cultural appropriation, simultaneously remaining true to a novel ‘African aesthetic’.

“It’s important to avoid clichés and ‘done’ ideas. Design trends – global or African – get imitated and replicated from Pinterest to every second restaurant that pops up in Cape Town.

“For us, every design needs a fresh concept that brings to life the client’s brand or business identity. Often, being based in Africa, this will have a certain ‘African flavour’. We work with brands like BOS Ice Tea and STRIPED HORSE Craft Beer, a distinctly South African brand, to maximize the concepts and visual languages behind their identities, adding our own research and design experience, and translating this into a space that truly captures the deepest essence of our client’s true identity.”

“For this design, we took ‘razzle dazzle’ – a black and white pattern that was used by the British navy as a camouflage technique – and used it alongside new naval elements to develop a more comprehensive naval language.

“On the bar itself, the bar front is made from laser-cut raw steel profiles similar in shape to the ribs that naval vessels are built from.”

Graduating with a degree in industrial design from the Cape Peninsula University of Technology in 1992, Haldane has since maintained an innovative and refreshing contribution to both a local and global design scene, earning a reputation as one of South Africa’s foremost designers, and contributing to the bourgeoning design image of Africa.