Hats off: an intimate view of Irma Stern and her inner circle

Admirers of Irma Stern living in Cape Town will have a rare opportunity to view the important painting, Portrait of Freda Feldman in Basotho Hat, before it goes under the hammer at a Strauss & Co auction in Johannesburg on 23 May 2016. The painting will be on view at the artist’s former Cape Town home, The Firs, now the UCT Irma Stern Museum, on 4 and 5 May (Wednesday and Thursday) between 10am and 5pm.

In conjunction with this preview, Strauss & Co Art Specialists are running an Art Valuation Day at the Museum, to raise funds for the museum. Members of the public are invited to bring their artworks to the museum to be valued. 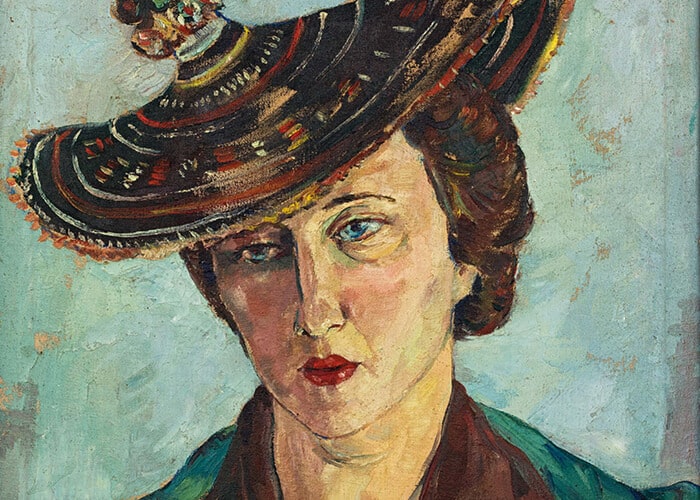 JOHANNESBURG – Strauss & Co is delighted to present a striking 1943 portrait by Irma Stern, the prolific South African expressionist painter who ranks alongside Georgia O’Keeffe and Louise Bourgeois as amongst the ten most expensive women artists sold at auction globally between 2005-15. The painting will be sold at auction on 23 May 2016 in Johannesburg.

Stern’s portrait of Freda Feldman offers a rare glimpse of the artist’s circle of friends and early patrons. Freda Feldman was married to Richard Feldman, a prominent Johannesburg businessman and public figure who championed Stern during her early career. Irma and Freda were close friends, sharing a taste for elegant dinner parties and fashionable hats – the “paraphernalia of culture” as the artist once described her cultivated tastes in a 1921 letter. Stern’s portrait, rendered in an unusual (for the artist) realist manner, is important beyond its style and subject. Stern never produced any painted self-portraits during her prolific career, in part due to her difficult relationship with her body. Some commentators have suggested that Stern found a visual surrogate in Freda.

Stern produced numerous portraits of Freda Feldman – in charcoal, gauche and oil – of which Portrait of Freda Feldman in Basotho Hat is undoubtedly the most important. This 60 by 55cm oil on canvas portrait is valued at R5 000 000 – 7 000 000. The work is being offered with the original Basotho hat (or mokorotlo) worn by the sitter.

The original Basotho Hat worn by the sitter. Image courtesy of Strauss & Co.

Admirers of Stern living in Cape Town will have a rare opportunity to view this important work before it goes under the hammer. Portrait of Freda Feldman in Basotho Hat will be on view at the artist’s former Cape Town home, The Firs, now the UCT Irma Stern Museum, on 4 and 5 May (Wednesday and Thursday) between 10am and 5pm. Strauss & Co art specialists will be in attendance on 4 May (Wednesday) to hold valuations.

Valuations are by appointment and cost R20 per artwork. Funds raised will benefit the museum.