Africa is and has always been a source of raw materials. Gold and oil, cobalt and cocoa – it all flows out. But more consistently, Africa is a perpetual source of metaphor. More bluntly: Africa’s role in the Western subconscious is as a shape-shifting entity that at every turn defines what it means to be Western. More than any other ex-colony, Africa plays the indispensable role of the non-West – an all-purpose counter-example, useful no matter how one wants to define oneself. Does the West want to think of itself as civilised? Here is barbarian Africa. Modern and tolerant? Homophobia in Uganda. Beset by rightwing lunatics? Homophobia in Uganda again! This time innocent naïve Ugandans corrupted by American evangelicals. A polluted, overconsuming West? Africa hastens to the conversation with an armful of wise women reminding you that we are all the children of the sun or some bullshit.

It’s cheap. A tawdry parade of big-eyed children, military strongmen, singing villagers. The problem of course is that it’s all an illusion – these images of Africa don’t represent any real attempt to engage with Africa. They represent its opposite: an evasion of engagement. These stereotypes of Africa are commodities, the same as oil and cobalt. They are traded in a symbolic economy through which the West mentally constructs and reconstructs itself.

From the preceding, one could immediately jump to the wrong conclusion: that the West isn’t trying hard enough to engage with the ‘real’ Africa, and that ‘real’ engagement is just a handshake away, if only the West would try harder.

But no. Popular Western disinterest in Africa is only one side of the problem. An arguably even more pernicious side is all the ways in which the West tries and tries again. Africa has provided the liberal West with a gift of sorts: constant terrifying need. Africa perpetually needs to be saved. Save the children/animals/women of Africa – if you won’t, who will? In a great one-liner, Vijay Prashad argued that for the West, the third world is never a place, always a project.  It was so when the West was imposing its languages and dress-codes on Africa, and it is so today, with Western NGOs tracking water provision and forest cover up and down the continent.

While colonised Africa had these attentions pressed upon it, during the twentieth century many African governments became deeply complicit in this system. Aid critics like Dambisa Moyo have pointed out how the aid system led to flagrant African corruption, with little economic growth in return. Yet this failure became yet another reason to keep the aid system going. Yet another project.

A lot of criticism can be leveled at the West for the problems of the aid system. But African societies are deeply complicit in this system. By that I don’t only mean the corrupt elite (always so easy to criticize and mentally separate from the good people of Africa – so vibrant! so resilient!) I am also referring to the payments of dignity and time made by non-powerful Africans to gain a little from transnational flows of aid and debt and interest and fundraising. Many Africans have found their lives increasingly entwined with Western NGOs. Communities send kids to classrooms staffed with Peace Corps volunteers, they listen patiently while 20-year olds from Oslo and Copenhagen explain to them how to dig wells. Africa is deeply complicit in its own project-ification. How seriously is anyone (including – especially – the West) supposed to take the protestations of independence of people who seem so happy to be turned into paragraph 3 of some Ohioan’s college application essay? 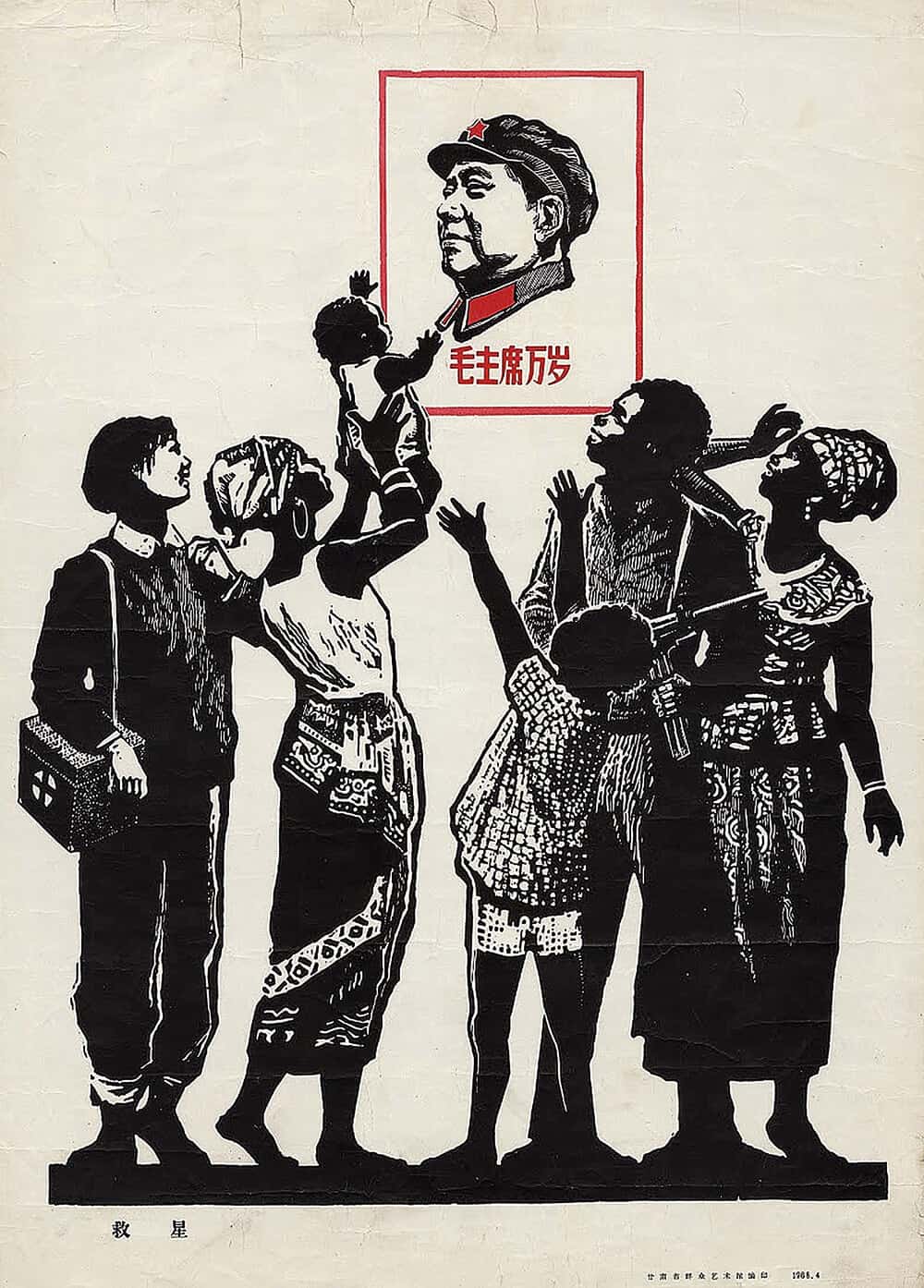 The easy assumptions about Africa – about its needs, its emptiness, its lack, don’t fit anymore.

I realize how heartless I’m sounding. What other options do these people have? Is it so bad to get a little education out of these initiatives? Of course not. But what is given in return? What we see here is a form of African jiu jitsu – the skill of retaining private judgment while selling the spectacle of your compliance. Africa takes care to never be more unknowable to the West than in one-on-one encounters. It is exactly in the moment of closest proximity that the distance yawns the widest. Why? For self-preservation of course. If part of the price of healthcare or education becomes taking selfies with the volunteer provider and having them believe that they made friends with your toddler, you have to find a way of keeping a bit of yourself to yourself. The price here is feeding Western self-regard. And wasn’t Western self-regard the problem in the first place? If feeding the other’s fantasies is such a central part of the economy, what of one’s own fantasies?

It is exactly at this juncture that Africa’s relationship with China becomes so disruptive. China troubles and changes the symbolic economy to which both the West and Africa have become accustomed.

We are still trying to work out what the effect will be of China’s engagement with Africa. In Western commentators’ attempts to figure it out, we hear the symbolic economy creaking as it tries to keep up with 21st century realities. What will become of Africa, commentators ask. Will it be colonised again? Because, what else could happen to it? Being colonized is Africa’s only role in this symbolic scheme. So now, China is cast as the coloniser, and the West gains the dream role of defending Africa from colonisers.

But the old game is broken, and it spins out different anxieties for different Western audiences. China’s presence in Africa is increasingly showing up in rightwing American forums in complaints that the United States is ‘losing’ Africa, and calls for the Trump administration to increase militarisation of the American presence on the continent. In a recent article in Deutsche Welle, readers were assured that Africans love Western second-hand clothes, especially from Europe, because they are such good quality, unlike all those cheap Chinese appliances that keep breaking (and yet somehow keep being bought). In these disparate narratives of China-Africa relations one sees the West grasping for its place in the story. The easy assumptions about Africa – about its needs, its emptiness, its lack, don’t fit anymore. Not because Africa has overcome its needs – according to the World Bank, Africa will have to invest $93 billion per year to make up infrastructure shortfalls. But because Africa is now articulating its needs and putting out tenders to get them filled and getting the Chinese loans to finance them. In the articulation of African needs, the West is forced to confront the fact that not only are Africa’s needs sometimes quite different from Western ideas of African needs (civil society development? Not so much) but also that even where it clearly understands African needs, the contemporary West can do little to fulfill them. 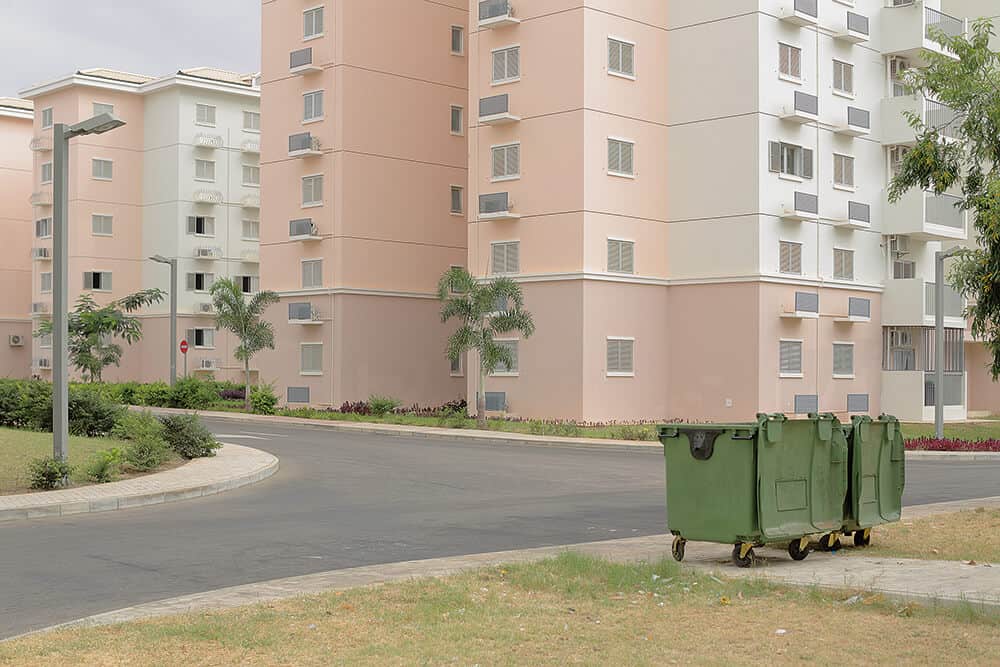 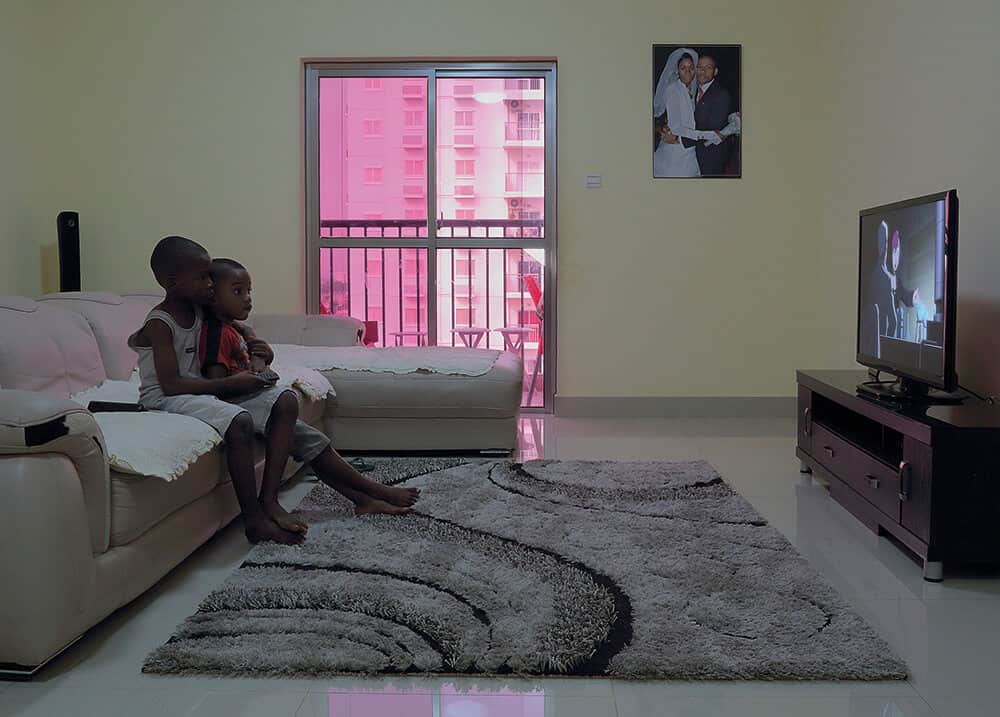 Dr. Cobus van Staden is the co-host of the weekly China in Africa podcast and co-moderator of the China Africa Project’s popular Facebook community. He is a South African journalist and academic.

Excerpt from: April 2017, “Haunting the past, haunting the future: China-Africa and the West” Chinafrika Conference Procedural and Exhibition Catalog.