Currently, the Norval Foundation hosts a retrospective of sculptor Wim Botha. Standing in a room and sharing space with his momentus works – whether it be giant bronze carvings, sharp dark lines, a ball-and-claw dining table; fighting bodies frozen in mid-air or a simple shard of glass – there is a sense of breath, solace and peace. Considering the rather bulky structures, and hardy mediums – this feeling seemed rather unbelievable, but unequivocally intentional. It is a careful tact of balance. Once realising this – one can see it everywhere within this exhibition. The heavy weight and sheer size of the sculptures is contradicted by their installation in mid-air; lifted off the ground and floating. The weight of the works is deferred and made to levitate. Entire rooms, including framed sketches and dining room tables are unfixed, hung in space and above the ground. The physical use of suspension creates conceptual moments to be experienced by the viewer. We are paused in time – floating in equilibrium amongst sculptural manifestations that hold the weight of history whilst defying gravity. 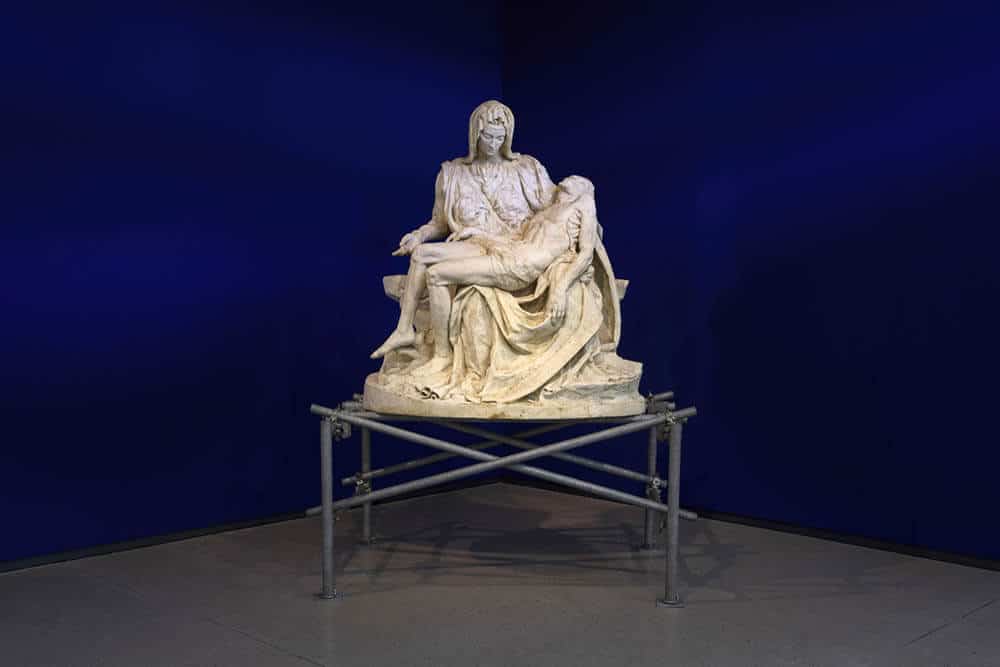 To further these formal binaries, walls of the exhibition are hung with sketches and paintings showing an expert draughtsman with the ability to capture an essence of his subject in a swift movement of his hand. Botha has mastered the medium of sculpture in such a way that it emanates the same freedom as a sketch on paper, a weightlessness that compensates for its heavy nature. An iteration of this is seen in the gestural nature of his Prism series. Botha once again constructs and instills balance in his careful use of light at dark; monochrome and colour. When asked about his introduction of colour, his response showed that the realisation was obvious – with so much darkness in the bronze and white from the polystyrene it was only fair that colour be introduced – the counterpart to the monochromatic. 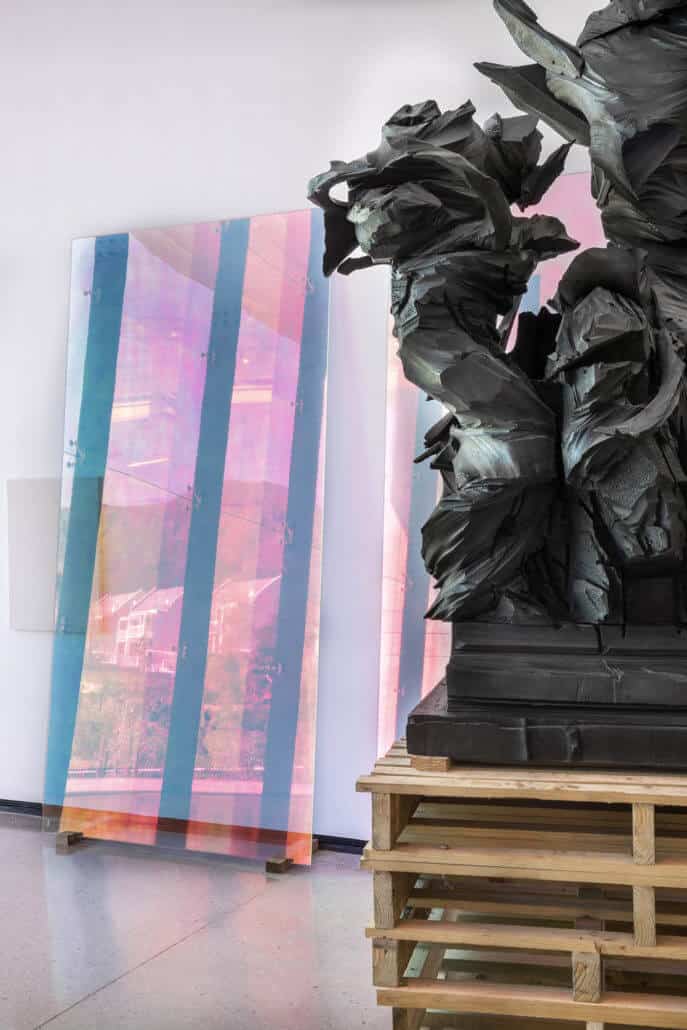 This brings us to the final room in the ‘Heliostat’ retrospective and its unquestionable use of colour. Having moved through the ‘transept’ rooms of Botha’s earlier well-known works from 2001 through to 2013 – we arrive inside the 2018 installation of ‘Garden of Earthly Delights’. The Norval Foundation’s double-volume room with a wall of windows lends perfectly to be covered with Botha’s dichroic film, filtering light as it floods through the windows in hues of blues and greens that change to red as the sun goes down. Awe-inspiring and ethereal, we experience the space as one would a cathedral –  heads tilted up to the stained-glass windows, momentous and reflective. Four sets of large-scale wings in motion are suspended above, leaving trails of fluorescent tubing in their wake. The sizeable bronze sculptures ‘Prism 13 (The Dead Piéta’) and ‘Prism 10 ( The Dead Laocoön)’ stand amongst pools of dichroic glass. ‘Garden of Earthly Delights’ culminates in an altar-piece of wood-cuts surrounding a carved wooden skeleton over two meters high. Offsetting the weighty philosophies and sculptures are shards of glass reflecting light and colour across the room. 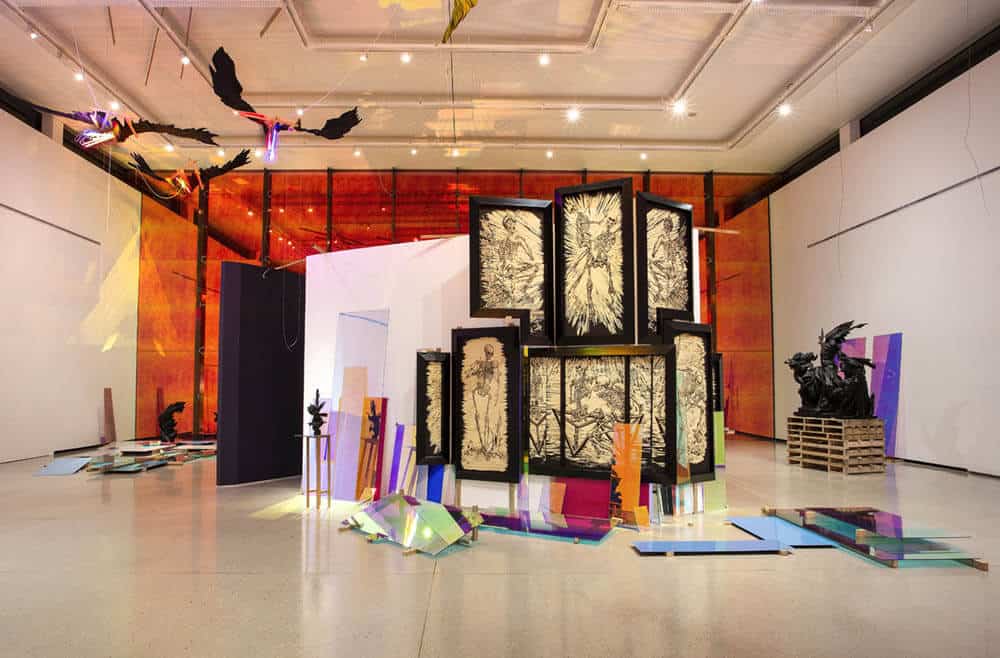 Running until the 24 January 2019 – this exhibition is not to be missed. In a showcase of nearly two decades of probing philosophy realised through impeccable technical skill, Wim Botha quietly fights for the justice of thought and medium. 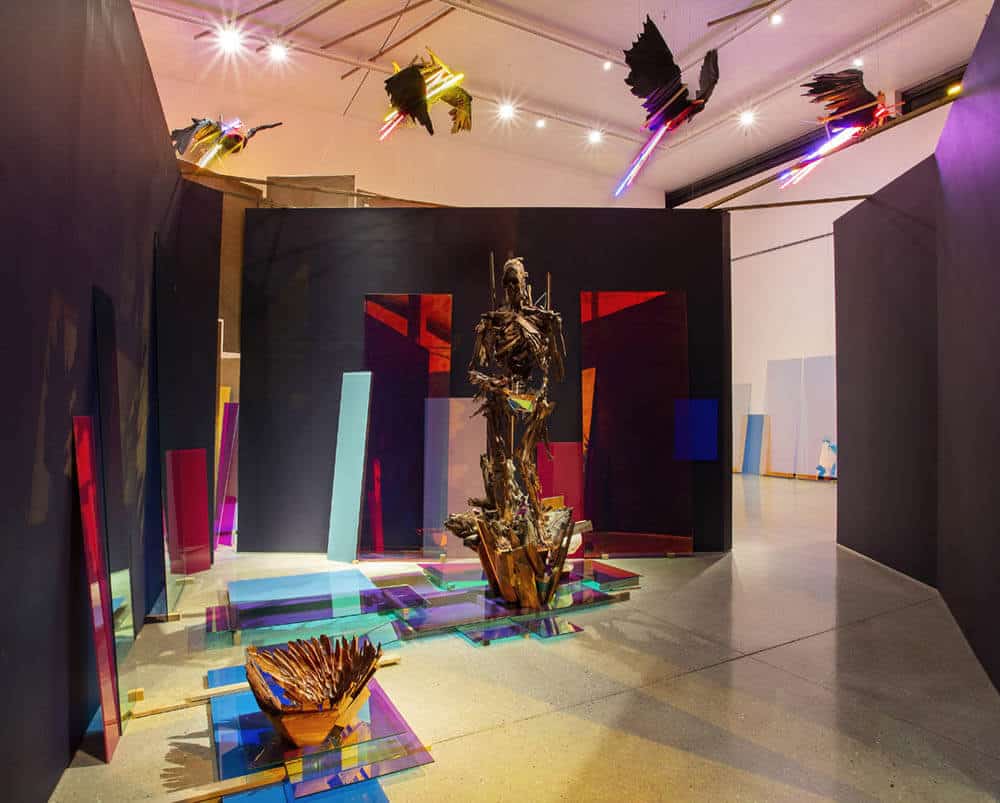 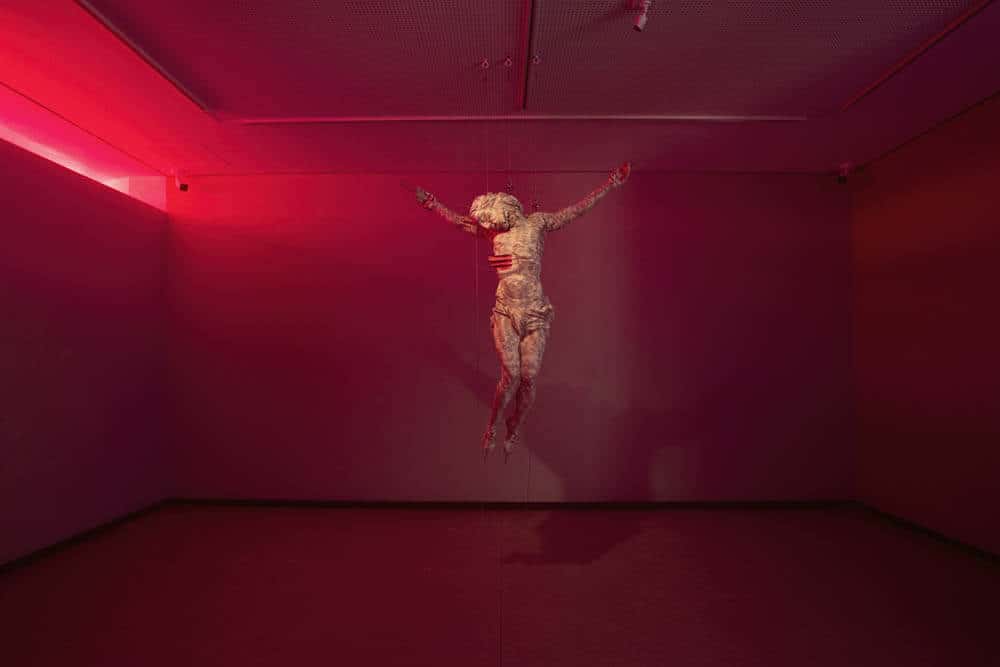