ART AFRICA caught up with South African artist Johannes du Plessis to discuss his latest body of work, ‘Imagine,’ which will be on show at the Jan Royce Gallery in Cape Town from the 06 – 22 October 2016. 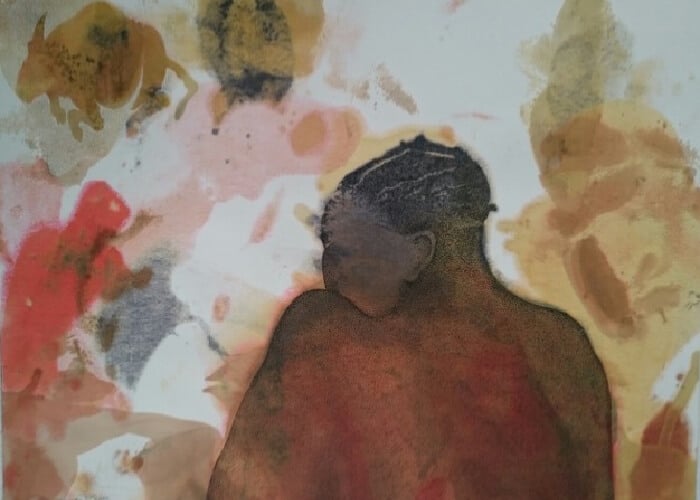 ART AFRICA: Please tell us about your latest body of work, ‘Imagine,’ on show at Jan Royce Gallery, Cape Town?

Johannes du Plessis: A few years back I was asked to create a body of portraits on paper. Using a special type of imported paper, I accidentally stumbled upon a new hand technique, which produced interesting results.

These ‘accidents’ are full of surprises, both good and bad. When I was asked this time to produce fifteen works, my mind went into disarray. It is a kind of discipline which can’t be controlled, that is why I like this kind of challenge. You never know what you’re going to end up with. My approach was to demonstrate an unplanned immediacy and directness, executed with an unstudied spontaneity.

In addition to this, I decided to adopt a Pointillist technique for my latest body of work, which dates back to the late nineteenth century. The movement developed from Impressionism and involved the use of many small dots. It’s a process that forces you to be disciplined and to have a lot of patience. 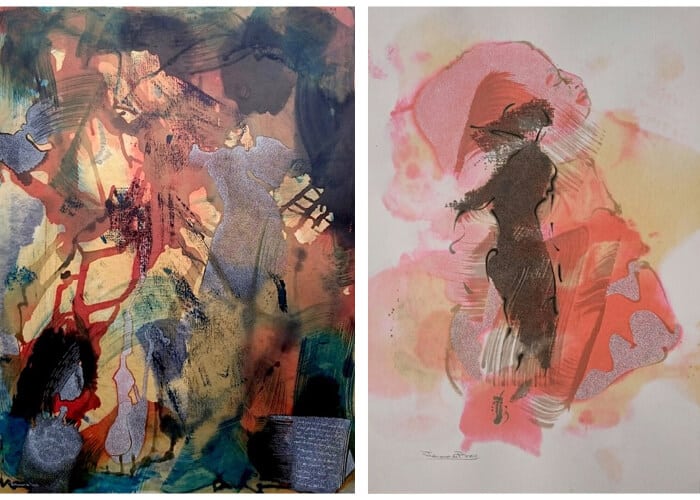 Your work also brings to mind movements such as Cubism, Surrealism and Abstract Expressionism, but I’m interested in the influences that exist beyond the canon of major artistic movements…

Beyond all these influences my focus has been to explore my own ways of thinking, seeing, feeling and believing. My concern is not thematic, rather my interest is the journey itself, a prelude/overture to an opera full of mystery, intrigue, and imagination. I believe that the primary function of imagination is to help us see how our inner energies are operating, all at once, in a way that the rational mind cannot perceive. 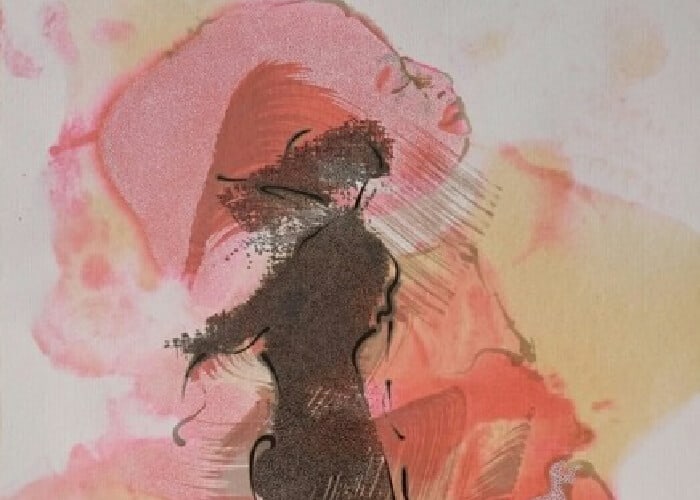 In your artist statement you refer to the imagination as something distinct from perception. What role does the inclusion of figurative, recognisable objects play in your works realisation?

The inclusion of figurative recognisable objects or forms was brought to me by Neo-Expressionism, which started in South Africa in the late 70s – a relative to American Abstraction.

Neo-Expressionists portrayed recognisable objects such as the human body in an abstract manner. It played a big role communicating between countries and cultures, you and me. I suppose that is what attracted me to it. My on-going search is to find something new, and to meet the viewer halfway by making certain forms recognisable.

My motivation is both internal and external. The thought of giving drives me, while being outdoors allows me to appreciate the wonders of nature. I grew up in the Karoo, with its vast, open spaces and rocky hills. This experience was fundamental, and played a conscious impact on my intuition. Being versatile in my approach is an attempt to experiment with various mediums and techniques that might open new doors. 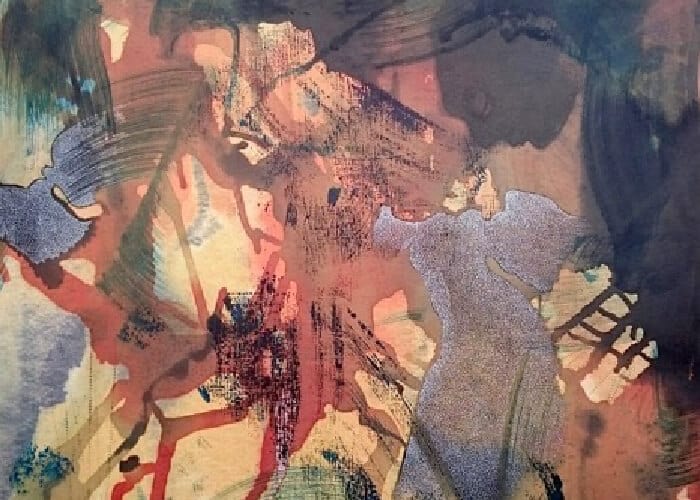 Despite the varied styles in your work, a common thread appears to be your relationship to space – the need to slice, reveal, conceal and so forth. You’ve also worked in sculpture, where you’re works take on a very real physicality. How is this relationship played out in your latest body of work?

In my former years I studied sculpture and drawing. This paved the way for a strong understanding of space. Subconsciously it might have had an impact on my ability to create in three or two-dimensions. That being said, studying nature has been the biggest lesson. The observation of nature is part of an artist’s life. Generally speaking, experience and confidence in sculpture and drawing also helped me to construct this new body of work. It played out to be a mental stimulus.

Johannes du Plessis’ exhibition ‘Imagine’ will be on show from the 06 – 22 October 2016 at the Jan Royce Gallery, Cape Town.