In Conversation with Andrew Hart Adler 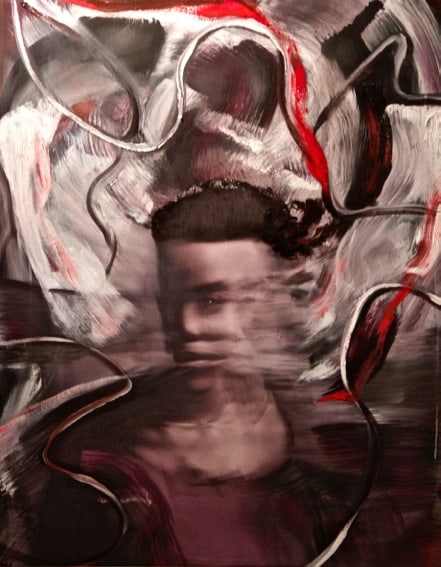 Zama, 2013, 123cm x 97cm.
Art South Africa: Hi Andrew, thanks for taking the time to talk to us. Can you expand on the meaning behind the title of your exhibition, ‘Light Whisperer’? How do you generally title your works – do you have the title in mind when you start the work, or does it come out as part of the process?
Andrew Hart Adler: The title is a play on the idea of the horse whisperer, where a person connects with an animal on another level of consciousness, as to be able to bring positive communication to the animal and visa versa. I connect with light and form in the same way, channeling its presence on to my canvases, as a vehicle to carry the ideas therein. As far as titles are concerned, sometimes they come at the beginning of the series, sometimes I have a working title while I wait for the appropriate title to manifest itself. I don’t want the title to be a distraction, just to accompany the painting. 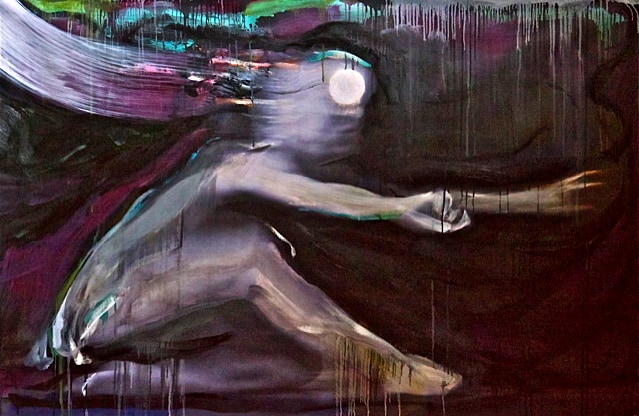 Passing through the Moment no. II, 2013,  97cm x 154cm.
ASA: Many of the works in ‘Light Whisperer’ seem to combine elements of figuration with abstraction; with the figures being blurred/obscured by gestural marks and brushstrokes, yet still recognisable. How do you create a balance between the two?
AHA: I always start with a departure point, something that I learned from de Kooning. There is something that triggers a theme for me. In the past, I would build layers of paint which had information, like going down through layers of an archeological dig. Now I use the camera, having developed a technique with certain movements, and different aperture openings, to draw my subjects. I then work the image, changing the values on the computer. There is still the idea of layers, but now this is the armature for the paint which will be woven into the composition so far created. I’m not in fact blurring the image, but creating a clearer emotional vision out of the depths of very intimate feelings and ideas. 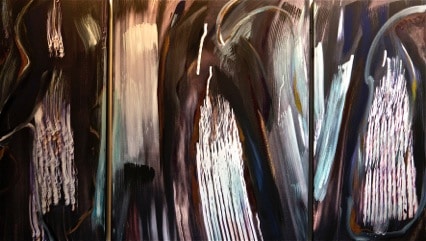 Architecture of Light, no. XV, 2013, 123cm x 205cm.
ASA: Light and dark, and the relationship between them, seem to be a prevalent focus in your work. Can you give us some insight into how you work with these elements, and the meaning they hold for you?
AHA: A very appropriate question! There is a balance between light and dark, positive and negative, etc. in our lives. I tend to look at the light as one would look at the light between the leaves of trees in a forest. From the light, I perceive the dark, the forms of the trees, so to speak, or whatever the theme may be with which I’m working. Through this I compose the movement of the forms, like music; building crescendos, putting in places to rest, accents, as the eye goes from one side of the canvas to the other.
ASA: This is your first show in South Africa; as an artists who has lived and worked all over the world, what is your view of the South African creative scene? Has living in South Africa changed the way you work?
AHA: Part of my way of working is incorporating my travels in my work. That said, I have never felt as centered as I do here in South Africa, and in particular, in Cape Town. I feel all of the energy of Africa flowing down the horn right into my feet! Having started with very African themes, I now have come to my more universal way of working. But I do feel that I’ve entered into my most creative and mature phase of my work so far. I’m just exploding! I am cherishing the contact that I have here with both very conscious and very creative people in all the different disciplines of the arts, and various walks of life.
‘Light Whisperer’ runs from 13 Feb – 13 March 2014 at Res Gallery: Unit 4, Chester Court, 140 Jan Smuts Ave, Parkwood, Johannesburg.