In Conversation with Banele Khoza

ART AFRICA had the opportunity to sit down with Banele Khoza in the lead up to the 2017 Cape Town Art Fair and discuss his work that will be featured at SMITH Studio‘s booth. 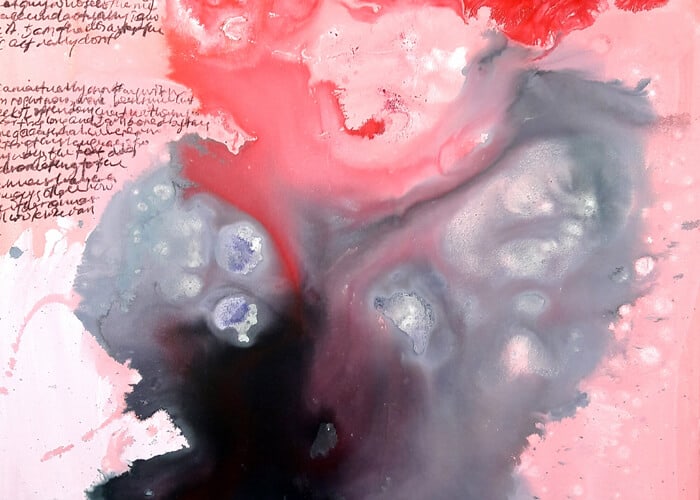 ART AFRICA: You were born, and spent your childhood years, in Swaziland before moving to Pretoria in South Africa. Did the juxtaposition in culture between these two countries inform your practice in anyway?

Banele Khoza: I appreciate the freedom I get from living in South Africa, tackling gender norms through painting. There is a rich culture and appreciation of the arts in this country and it inspires me. I would have been in a box if I was based in Swaziland  – however living in South Africa has allowed me to create my own identity that knows of no boundaries.

Having spent a year at the London International School of Fashion in 2012, did the exposure to the world of design and fashion have any impact on your work?

Absolutely, the world of fashion is mostly about reinvention and brand building – I took that from the industry and created my own brand; BKhz, where I apply all the business operations that I learnt from experimentation to marketing, maintaining an aesthetic, being consistent with my efforts, and leaving room for failure.

You have addressed gender issues in your previous bodies of work, specifically focusing on what you refer to as the ‘tragedy of feminine suppression in males’. How has this notion influenced your current body of work, and how does your work challenge the ‘status quo’?

My work embraces the colours blue and pink which have come to differentiate the sexes, both socially and commercially. Pinks and reds dominate my backgrounds. They are consoling colours, yet they are uncomfortable for a masculine audience – which is interesting because before the 1940’s, blues were associated with femininity and pink was seen as strong and masculine. I wish for a society that doesn’t package boys in blue and girls in pink. 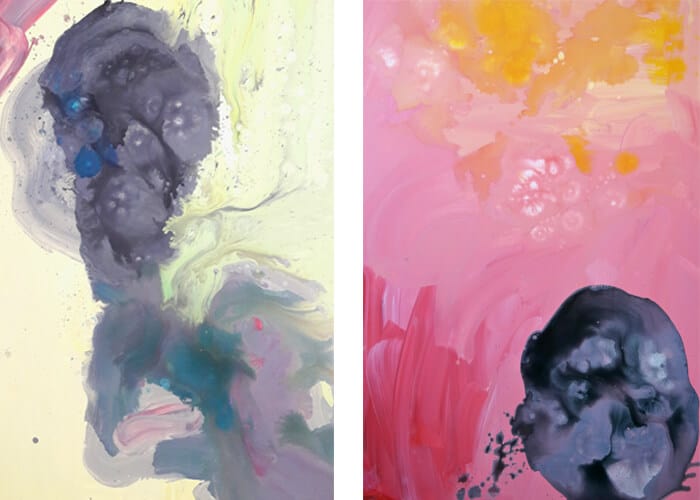 Please tell us more about the body of work for your upcoming solo exhibition, ‘Lonely Nights’, and what inspired and influenced it?

It is inspired by social media and its invasion into our private / mental space. Sherry Turkle states that “we are all connected but alone.” It is about the torture of ‘Lonely Nights’.

Your first solo exhibition, ‘Temporary Feelings’, was an expression of the fleetingness of emotions, where you explored issues surrounding vulnerability and brought your own sensitivity into the gallery space. Is ‘Lonely Nights’a continuation of this vulnerability?

Absolutely.  Before I could not speak of my loneliness without shedding a tear and now it will be filling an entire gallery. I am literally crying in public.

On another note, perhaps you can tell us a bit about your first project as a curator for this year’s Woordfees?

The project is titled ‘Khula Ukhokhobe,’ a Swati phrase that means grow and reach your peak. It is a wish that I have for my contemporaries – Ke Neil, Tatenda Chidora, Heidi Fourie and Allen Laing – whose work will be showcased alongside my own. Every one of them has a different voice and that is what we’ll be showcasing.

SMITH Studio is presenting the following artists in their main booth (D2) – Banele Khoza, Bert Pauw (photography) and Jeanne Gaigher. SMITH Studio is proud to present Katharien de Villiers and Michael Linders in the new Unframed section of the fair. Linders has created a one man jumping castle and De Villiers a human carwash which promises to add an exceptional element of engagement by the viewer.